All of Hillary Clinton’s Corruption in One Place 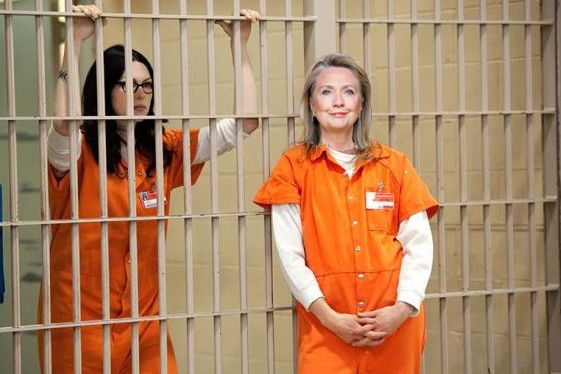 The beauty of Melania may be only skin deep, but Hillary’s ugly goes right to the bone.

Does anyone doubt Hillary’s entire life is a huge pustule of corruption?  Can you name any speaker, motivational or otherwise, who gets six figures per engagement?  This explains how the Clintons, who produce nothing and live on government salaries, have amassed a vast fortune.

Clinton Cash exposes the Democrat lie that America has stolen resources to make itself wealthy.  It is Democrats that do so and they blame Republicans.  This is leftist SOP – blame the opposition as a scapegoat doing what you are doing.  This is why the Left curse America as a bane on the world, while being the ones who are perpetrating the crimes.  Republicans do not engage in this, but in trade that has profited 3rd world countries.  There are Republicans who behave like Democrats and they are the ones that support Hillary over Trump.  The last thing they want is for Trump to “drain the swamp” of D.C. corruption.

WikiLeaks exposes election rigging within the Democrat Party that shafted Bernie Sanders.  They and Veritas have exposed Democrat’s Hitlerian manipulations in their campaign tactics.  It is only for the American people to open their eyes and cast their vote to end that corruption.

WikiLeaks Hillary’s worst of the worst crimes against America

WikiLeaks exposes Hillary’s lies in her own words pt. I

WikiLeaks exposes Hillary’s lies in her own words pt. II

WikiLeaks exposes Hillary’s lies in her own words pt. III

Everything Democrats do is to punish Americans and repay the world from which Democrats have been stealing and blaming Republicans.  Obama is punishing veterans who participated in the Iraq War demanding they refund their combat bonuses.  Republicans in Congress are fighting him, but they are waging a legal battle that will leave vets defenseless in the interim.  This is how Obama gets even with America for being forced to kill Sheik bin Laden.

The global warming fraud is left lying on its face after God delivered a knockout punch.  Following Katrina, Al Gore & Co. not only forecast that the North Pole would melt completely away by 2013, but that massive hurricanes would hit America constantly.  The North Pole has more ice today than it did when he made his prognostication, and over the last eleven years not one major hurricane has made landfall in the United States.

NOAA marks 11 years without a major hurricane in U.S.

Only Trump, a complete outsider from the D.C. corruption, presents America with the opportunity to start cleaning out that corruption.