“The future must not belong to those who slander the prophet of Islam.”  —President Barack Obama

President Barack Obama said recently at the United Nations that he believes America should submit to the United Nations in a new world order that would bring world government to fruition.  It is interesting that Obama believes that the US needs to give up some of its freedom for his vision of what he refers to as security.  “But I am convinced in the long run, giving up some freedom of action . . . binding ourselves to the international rules over the long-term enhances our security.”  The president made his comments just a few days after unvetted Muslims he had allowed to immigrate to America had committed terrorist jihad attacks on St. Cloud and New York.

After saying that American submission to a globalist world order would make America safer, Obama called for the West to take even more of the deadly migrant communities that have been immigrating to Europe and America in order to commit jihadist murders, as commanded by their prophet in the Sira, the Hadith, and the Koran.  But, of course, this is the same man who told Bob Woodward in an interview that “[w]e can absorb another terrorist attack.”

Globalization Is a Euphemism for Open Borders

In his UN speech, Obama said, “The integration of our global economy has made life better for billions,” but he left out how much of this has been at the expense of the American people, by the enacting of policies that have been directly responsible for the transfer of millions of jobs from America to other countries, such as China and Mexico, starting with the North American Free Trade Agreement and continuing on through other bad trade deals, the terms of which create lose-win conditions to exist between America and its trading partners.  On Obama’s lips, the word “globalization” is merely another name for the Democrat policy—shared by Hillary Clinton—for Open Borders and Unlimited Immigration.

Obama Tries Again, to Give Away America’s Internet

Not surprisingly, and in line with Obama’s agenda of world government, is his goal of turning over America’s Internet to United Nations despots—such as China, Russia, Iran, and Saudi Arabia.  Since the UN is mostly comprised of brutal dictatorships and Islamo-fascist regimes that suppress human rights, Obama’s plan is un-American, since it would mean the Internet would be controlled and censored by those who hate America, Israel, and a few other countries these statist regimes might wish to punish through regulatory means.  Texas Senator [score]Ted Cruz[/score] (R-TX) is trying to prevent Obama from getting his way.  But the question is, with Clinton cash and Saudi money now flowing into the campaign war chests of many Congressmen and Senators nowadays, without any laws being enforced against this illegality by the Obama Justice Department, are there still enough representatives of the people uncorrupted enough to stop the giveaway?

Of course, it has been reported that President Obama seeks to become the United Nations Secretary-General for his next job. Israeli Prime Minister Benjamin Netanyahu wishes to block this from happening.  And this makes sense, because we know how anti-Israel Obama has been—even to the point of sending his own people to Israel to help campaign against Netanyahu in his last election. Obama has even acted with disdain towards his own country in his daily disregard of the US Constitution and the Rule of Law, while working tirelessly as President to make America increasingly Sharia-compliant during his tenure, by ignoring the American people’s desires and allowing, instead, the Muslim Brotherhood to rule the Executive Branch. So, why would anyone believe Obama would do anything as General Secretary but facilitate the Muslim Jihad on a worldwide scale? Is it not likely that Obama would just move the six Muslim Brothers working in the White House into the UN Building in New York, to work at Islamizing the world from there, the same way they have been making America Sharia-compliant from the White House?

The six Muslim Brothers Obama cooperates with in the White House are the following: 1) Arif Alikhan, Assistant Secretary of Homeland Security for Policy Development, is a co-founder of the World Islamic Organization, which is a Muslim Brotherhood affiliate; 2) Mohammed Elibiary, a member of the Homeland Security Advisory Council, has long been suspected of leaking Department of Homeland Security secrets with impunity to the Muslim Brotherhood; 3) Rashad Hussain, the US Special Envoy to the Organization of the Islamic Conference, is suspected of having close ties to convicted terrorist financier Abdurahman Alamoudi; 4) Salam al-Marayati, co-founder of the Muslim Public Affairs Council, is an influential member of the Brotherhood globally; 5) Imam Mohamed Magid, President of the Islamic Society of North America (ISNA), is a highly influential member of the Muslim Brotherhood; and 6) Eboo Patel, a member of President Obama’s Advisory Council on Faith-Based Neighborhood Partnerships, maintains strong ties with Hani Ramadan, the grandson of Adolf Hitler devotee and Brotherhood founder Hasan al-Banna.

Obama’s allowing Clinton cash and Saudi bribes to flow into the hands of members of Congress may well have set the stage for Obama’s corrupt Internet handover to the UN to really happen this time.  Last time, he did not succeed in his attempt to give away America’s Crown Jewel of Free Speech and Free Markets. But this time, there may not be the votes needed to thwart Obama’s agenda.

Although current law clearly states that Congress must be consulted in any plan for the US to give up its protection of the Internet—by changing the contract with ICANN, or any other contract issue with respect to Internet management—Congress must be notified at least 45 days ahead of any “successor contract” or other decisions related to the Internet. Obama has already violated the law by not doing this. But, legal or not, once Obama gives away the Internet, America will never be able to get it back.

The Dangers of a UN-Controlled Internet

Here is what is what may well happen, if the UN gains control of the Internet: 1) censorship by governments who consider free speech a challenge to their power; 2) restrictions on technological innovations, if they would even be allowed; 3) UN taxation of domain name registrations and other Internet-based financial transactions; 4) excommunication of states such as Israel, if the new Internet stewards were to have an anti-Israel bias; and 5) the banning of the sale of alcohol, erotica, or ammunition; and future uses of the Internet, now unforeseeable, that might harm the US, including war- or jihad-related uses.

Obama’s Islamic Betrayal of the US Constitution

Article IV, Section 3, Clause 2 of the US Constitution states the following: “The Congress shall have Power to dispose of and make all needful Rules and Regulations respecting the Territory or other Property belonging to the United States. . . .”  What this language affirms is the fact that President Obama’s handling of his proposed Internet giveaway is, on the whole, illegal, since the Internet is, quite literally, American property.  There were no other stakeholders in the development of the Internet or any of its US-taxpayer-funded precursors.  But Obama appears to be answerable only to his Muslim Brotherhood masters.  Obama has never cared about the Constitution, since Islam considers it Jahiliyya—culture that is not guided by Islam and must, therefore, be destroyed.

Obama has been a rogue president who fancies lovers of Islam and disrespects lovers of freedom. If he ascends to the secretary-general’s office at the UN, he will certainly use that office to force countries who will not submit to his Sharia-compliant dictates to suffer the consequences of losing the full Internet access they have all enjoyed under American stewardship. 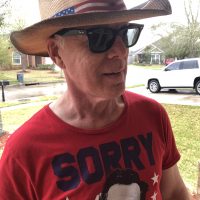 Thailand to become first country in the world to declare its Pfizer contracts null and void
February 7th, 2023 DC Clothesline