The Agent of Change vs. The Queen of Corruption 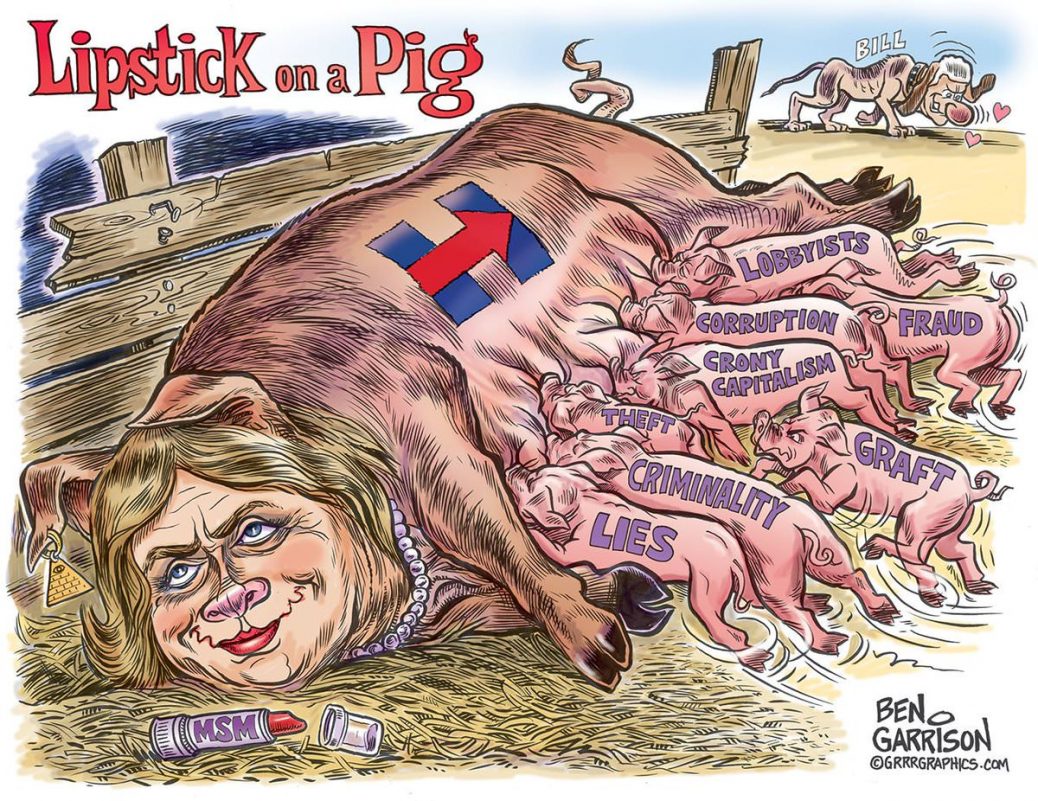 Americanism or Globalism?  Make America Great Again or Make America Sharia?  Lift the burden from taxpayer’s backs for Democrat parasites or squash businesses with confiscatory taxation?  Restore the American Dream or let Democrats establish one party rule?  Which course will Americans will choose in the 2016 if they actually have a choice?

Democrats under Obama and Hillary have taken America down the path of decline and fall and now seek to dominate the electoral process the way Islamist dictators do.  Crime, welfare, and greed are up, while the economy, military, and security are down.  They tell you that you’re better off now under Democrats than you have ever been under Republicans as they import cheap labor and Sharia Islamists.  They say that employment is great, that ObamaCare has saved the healthcare system, that crime is down, that they have brought peace to the world, and that they have healed the planet from your filthy country’s pollution.

Obama says he has made America great and that everyone’s lives are better under Democrats and they even have graphs to prove it as he destroys the economy and empowers Islam around the world.  Hillary says she is honest and that Trump wants to “make America hate again.”  Kerry says he can make Islam great again as the religion of peace if the media would just stop reporting terrorist attacks and keeping people ignorant.  Reid says Republicans are dishonest, greedy, tax evading thieves as he steals land from Nevada citizens without paying his own taxes.  Liberals applaud Hillary for her charity as she gives to and receives from her own foundation, just as Al Gore pays for his global warming by buying Carbon Credits from himself.  So they both get tax deductions and credits and benefits by giving themselves their own money and laundering the money funneled to them by their crony donors.

Barack Obama and the Democrats have siphoned trillions of dollars from taxpayers to their donor friends on Wall Street to prop up and create an artificial Stock Market bubble of galactic proportions.  Liberals say they are against corporate welfare, but they have been voting for the gods of corporate welfare who have stolen trillions of taxpayer dollars from America’s children to give to those crony capitalists.  No doubt the hope is that if people elect Republicans to fix the problems Democrats have created, they can burst that bubble and nuke the economy again as they did in 2008 with the mortgage bank fraud they created.  It won’t take much to again convince millions of fools that Republicans caused it and Democrats can fix it the way they have done for the past eight years.

Trump represents the change by a businessman who is not a career politician, who actually created an billion dollar business, produced tens of thousands of jobs, and benefited working Americans, to stop Washington corruption and help hard-working Americans recover.  Hillary, who has produced nothing except a foundation whereby she can sell political favors to those who give her millions, says he’s just out for his own greed.  Trump says to close the borders to invading illegal aliens and terrorist Moslems, while Hillary says to open the borders and welcome one and all into America’s heartland.  Obama promised change eight years ago and the change he has wrought has brought America and the world down to the state in which it is today.  Vote for;

The Queen of Corruption or the Agent of Change

“I’ll keep my freedom, my faith, my money, and my guns, and you can keep the change.”

Our country is being disassembled right before our very eyes

Why do Democrat applaud Hillary instead of laughing at her?