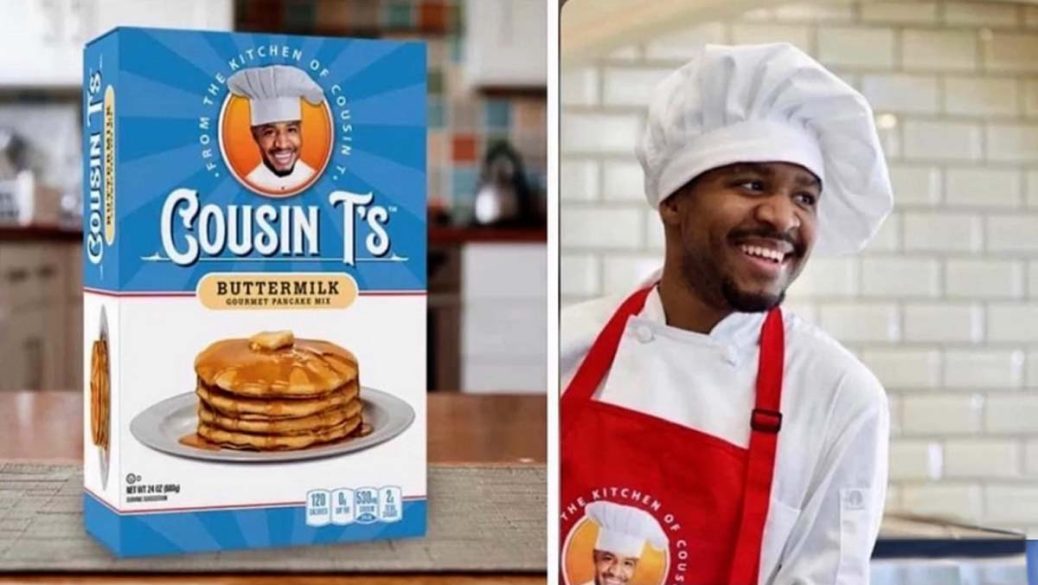 Black comedian and commentator Terrance Williams decided to buck the left by launching his own, legitimate pancake mix and put his own face on the box. But now Facebook is banning the man’s product because they are calling a pancake mix with a black man’s face on the box an example of “racism.”

William’s was incensed when they began taking black people off packaging — Mrs. Butterworth’s and Aunt Jemimah, for instance — to assuage woke whiners. So, he launched his own product line and put his face on the box.

But suddenly, after the product being on sale all year, he was banned from Facebook.

“I’m on a 90-day restriction and now they are also flagging accounts for buying or sharing pictures of my Pancake Mix. This is absolutely crazy and it has everything to do with me being MAGA! I won’t apologize for it. Anyways go load up on some ‘racist’ Pancakes,” he said.

Facebook has been attacking Williams for month, of course.

“I’m not happy right now. Facebook is threatening to delete my account in 90 days! If I don’t behave. Why are they coming for me? All I do is make people laugh and sell pancakes,” Williams explained.

“So my face being on a pancake box is also racist. People’s accounts have been deemed for posting pictures of my pancake box. Now my account is about to be deleted in 90 days if I don’t behave like Facebook wants me to.”

“Hell no. I won’t stop selling pancakes, and I’m not taking my face off… Look at that racist black face. The hell is this racist? How am I racist to put my own face on the box? If I was a liberal, they would have me on every TV,” he added.

“This is harassment Facebook dinged My Pancake Box as racist because my face is on it. I won’t remove it. I added new flavors. Buckwheat, Chocolate Chip, & Blueberry is back in stock!” Williams wrote in the caption of his live video.