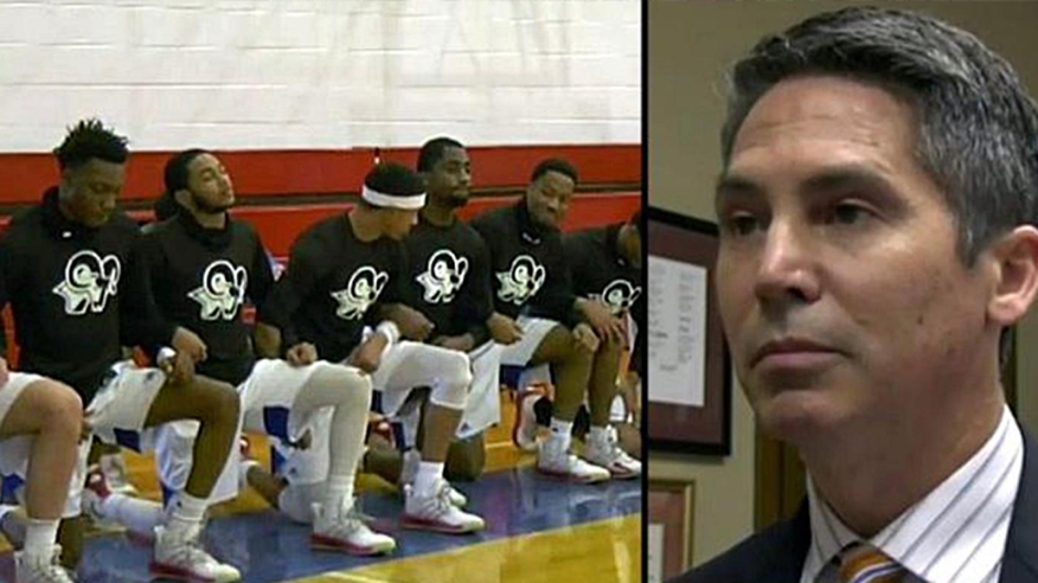 A group of black basketball players at Bluefield College were suspended last week after refusing to obey a directive from the college president to stop making an anti-American protests during the playing of the national anthem.

College President David Olive had warned the players to stop taking a knee in protest against the United States during games, but the players refused to listen.

Olive said that the constant protests reflects badly on the school.

“The basis for my decision stemmed from my own awareness of how kneeling is perceived by some in our country, and I did not think a number of our alumni, friends, and donors of the College would view the act of kneeling during the anthem in a positive way,” Olive said in a statement, according to US 24 News.

“I have heard, and I understand the perspective of our players as to why they desire to kneel during the National Anthem. I also know this form of protest immediately shuts down a number of individuals from listening to the intended message because of their perspective regarding the flag. No individual’s sincere motives are inherently wrong,” he added.

“But, Olive insisted, “I continue to contend that we will not get to where we want AND NEED to get as a country in addressing these racial issues without making honest attempts at creating pathways that bring people together for a common cause.”

The suspension came as a shock to the players because Olive canned them just before a recent game and caused the team to forfeit.

“As I conveyed this to VP Walker and Coach Morgan, I denoted that anytime a student athlete puts on a jersey that says ‘Bluefield College’ on it, the message is no longer just the student athlete’s message but that it becomes the message of Bluefield College. Pointing to the already fractured and divided nature of our country, I did not want Bluefield College contributing to the further divide; rather, I wanted the College to bring people together in a united effort to address issues of racial injustice,” Olive said.

It’s long past time to end these anti-American protests. So, good for him in stopping them.