Worst of the Worst: The Most Shocking Wikileaks 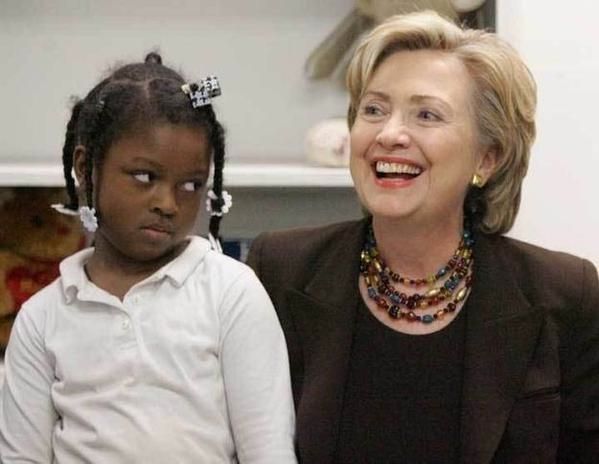 In an effort to not allow any of Hillary and Obama’s misdeeds to slip through the cracks, the following is a summary of the worst crimes against the American people as revealed in the first 13 days of now daily Wikileaks email leaks. Each day seems to bring more damaging information to light which reveals a layer of corruption and deceit that is truly unprecedented in American politics. As reported and summarized by RT news:

“$12 Million Payoff from the King of Morocco to Hillary

In a mail from February 2016, simply titled ‘speaking at the banks,’ Neera Tanden, the President and CEO of the Center for American Progress, suggests to John Podesta that Clinton “should just return the money” if she “lose[s] badly.”

Another email from Clinton aide Huma Abedin to Mook and Podesta in January 2015 details how Moroccan authorities donated to the Clinton Foundation’s Clinton Global Initiative (CGI) to get access to Clinton.

Abedin says the “King has personally committed approx $12 million both for the endowment and to support the meeting” and that “the condition upon which the Moroccans agreed to host the meeting was her participation. If hrc was not part of it, meeting was a non-starter.”

She goes on to say that the meeting had been Clinton’s idea. “Our office approached the Moroccans and they 100 percent believe they are doing this at her request,” Abedin adds. “She created this mess and she knows it.”

February 2016 messages between Podesta and Frank White Jr, who raised over $2.3 million for President Barack Obama during his 2012 reelection campaign, highlight the Clinton team’s awareness that it “doesn’t value black folks.”

A list of potential vice presidential nominees categorized in “rough food groups” is detailed in an email from Podesta to Clinton. These “food groups” were broken up into seven categories, including Latinos, women, black men, business magnates and one group with just one member – Bernie Sanders.”

Those Wall St speeches
A January 2016 email detailed how Clinton boasted of her “great” relations with bankers in an October 2013 speech. She spoke of how “more thought has to be given to the process and transactions and regulations so that we don’t kill or maim what works, but we concentrate on the most effective way of moving forward with the brainpower and the financial power that exists here [on Wall Street].”

Meanwhile, a June 2013 speech to Goldman Sachs detailed Clinton’s hope to “intervene in Syria as covertly as possible” and that the US “used to be much better at this than we are now.”

A November 2015 email chain between campaign staffers discussed planting a Wall Street speech in the media to give the impression that Clinton’s speeches “to all those fat cats” were nothing to worry about.

Emails from an account used by Barack Obama before winning the election in November 2008 were revealed on Thursday.

In an email sent on election night in 2008, just minutes before the major TV networks called the election in his favor, Podesta messages Obama discussing an upcoming G20 meeting.

“On the chance that President Bush would raise this with you tonight, I wanted you to be aware that it is the unanimous recommendation for your advisors that you NOT attend,” Podesta writes.

Podesta messaged Tanden in December 2015, regarding the Paris Climate Change Conference and referred to Bernie Sanders as a “doofus” for attacking the deal.

Budowsky criticized the campaign in a September 2015 email for allegedly giving Clinton surrogates talking points to attack Bernie Sanders. He instead recommended that the campaign “make love to Bernie and his idealistic supporters, and co-opt as many of his progressive issues as possible.”

A mail to Podesta from Philip Munger, a philanthropist known for his hefty donations to the Democratic Party, took an alternative approach. Munder wrote Clinton is “going to have to kneecap him. She is going to have to take him down from his morally superior perch.”

The Clinton’s Wont Forget Their Friends

In November 2014, Clinton’s campaign manager Robby Mook emailed Podesta about moving the Illinois primary out of March, as it would be a “lifeline to a moderate Republican candidate.”

“They don’t really care about being helpful and feel forgotten and neglected by POTUS,” Mook writes. “The key point is that this is not an Obama ask, but a Hillary ask. And the Clintons won’t forget what their friends have done for them.”

Each of these revelations are, independently, enough to disqualify Hillary from the Presidency and in some cases put her in prison for the rest of her natural life. Together, they paint a clear picture of a common criminal masquerading as a Presidential candidate. As Wikileaks continues to leak her campaign’s emails, we will provide further summaries and updates to ensure the American people know who they are voting for in November.