Hillary’s a Master Debater but a Pure Liar 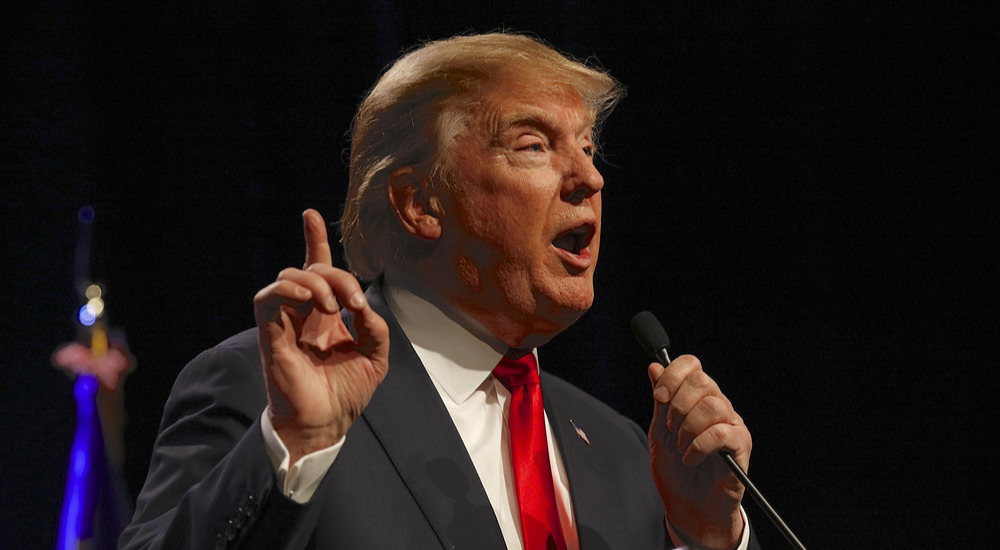 Clinton may be polished, but Trump is bluntly honest

Clinton certainly proved she can speak with practiced and polished rhetoric, but Trump spoke his mind which is something we don’t see in politicians, even calling Hillary a “nasty woman” as she took snipe after snipe at him in her talking points.  These are the kinds of little snippets that burrow into listener’s subconscious, and his pointing it out highlights the deception in her words.  Liberals use subliminal messaging in all of their media, especially in movies to promote their global warming fraud, to influence the thinking of the unaware.  Trump made some good points, but he missed quite a few.  When Hillary claimed that he doesn’t pay taxes, he responded that she and her Democrat colleagues made it so rich people got tax breaks.  What he should have added is that she took tax breaks, too, by donating to her own foundation, i.e. paying herself!

Among her most egregious lies;

“The Clinton Foundation gives 90% of its proceeds to charity.”  Examination of the records the foundation has produced shows they only gave 15%.  The other 85% goes to her staff for salary, benefits, and travel, including her own activities.

“Trump endorses Russian espionage of America.”  Having WikiLeaks expose Hillary’s lies about her emails, Benghazi, manipulations rigging the electoral process against Sanders, getting debate questions in advance, and the contents of her speeches to her banker donors she blew off as an alliance between Putin and Trump.  Trump countered that an alliance between Russia and America to destroy the Jihad would be a good thing.  Hillary called that being “Putin’s puppet.”  Trump called out Hillary for being the puppet of Islamists.

Hillary claims she is the champion of gays and women while Trump is sexist.  Her “proof” is that Trump said of the women proven to have falsely accused him of molesting them that some were too ugly for him.  Trump has always been described as a perfect gentleman, but he is also bluntly honest.  The Donald rightly pointed out that Hillary takes loads of money from countries that enslave women, kills them for adultery after being raped, and executes homosexuals.

Hillary in public says she fully supports the 2nd Amendment but wants some “common sense gun laws” to prevent gun accidents and close buying loopholes.  Gun accidents cannot be prevented by law any more than car accidents can, and there are no buying loopholes.  All laws that would prevent guns from being used criminally are in place.  Democrat’s “common sense gun laws” would only restrict law abiding citizens from access to guns, not criminals who are the ones running amok committing all the murders.   Trump slammed her on Chicago which has the strictest gun laws and highest gun murder rate in the country.  On exhibition of Hillary’s capacity for being two-faced in her true intentions is the audio of her telling her private donors that the Supreme Court ruling on the 2nd Amendment was wrong and she intends to overturn it with her replacement for Justice Scalia.

The election is rigged

Hillary says Trump does not have the temperament to be president because he doesn’t respect the electoral process and claims the system is rigged.  Everyone knows the system is rigged as hacked emails proved that Democrats stuck it to Bernie Sanders so badly that the DNC Chairwoman was forced to resign (but given a job in the Hillary campaign).  Hillary even got debate questions in advance from CNN.  Democrats don’t deny this, but claim that the emails of Podesta that were hacked are “stolen evidence” making those reporting the contents “thieves.”  So the crime, in their minds, is not rigging the election, but in people finding out about it without going through the court system that can also be corrupted!  Meanwhile, governors of Democrat states are publicly enlisting illegals and felons to vote!

[Author’s note: I have often advocated that the violations of the 4th Amendment that yield proof of crimes should not result in the proof being thrown out to allow the perpetrator to go free.  The violator can be prosecuted, but the criminal should still be brought to justice.  This is another example of liberals backwards think to free the criminal rather than to also prosecute the violator.  That alone would be enough to keep fanatic detectives from violating rights and would get more criminals off our streets.]

Trump said outright that he may not accept election results just as he did when the Republican primaries began.  But Republicans have never rigged their elections like Hillary did with Bernie.  Democrat’s false indignation at the concept that Trump may challenge the results is hilarious in the wake of the 2000 election when Gore actually sued over the results in Florida when he lost the election because he couldn’t even carry his own state!  The nation was sent into turmoil for a month as Democrats tried to rig the results, violating Florida law to have only the most heavily Democrat counties conduct recounts in the search for more votes.  After Al Franken stole the Minnesota senate race in 2008 by having pollsters “find more votes in the trunks of their cars” days later, giving Democrats a Supermajority, there is certainly no reason to believe in the “sanctity of the vote” when in the hands of Democrats.  When Hillary said it is Trump’s imagination that elections can be rigged, pigs flew out of her butt.

Clinton cannot be for border security and amnesty for illegals at the same time.  We are not a nation of immigrants, but a nation of citizens, and citizens require laws that illegals do not obey.  Just because someone breaks into your house does not make them family.  But Democrats happily give those who have snuck across our borders citizen’s benefits, taking Social Security away from Americans who paid into it and giving it to them.  They even give them the “sacred vote” one way or another, either outright, or by having them assume the identity of registered voters who don’t show up which is easy when they suppress voter ID.  Bringing illegals “out of the shadows” will drop incomes because they’re unskilled and uneducated.  The many people Obama deported were because they supported Republicans, not because it was right.  And most importantly, Hillary and Obama have been the ones advocating for Moslems who want to overthrow the Constitution and institute Sharia to migrate to America.

Hillary accused WikiLeaks of being fed by Russia.  She said, “We’ve never had a foreign government try to influence our elections.”  Her own foundation is bought and her campaign funded by foreign governments to whom she has given government favors, better trade and arms deals, and supported their agendas to the detriment of Americans.  Trump says, “Hillary and Obama have been outsmarted by Putin at every turn.”  Obama made a deal with Russia for them to have more nuclear warheads than America for the first time in history.  Obama’s efforts to arm and unleash the New Jihad on Middle Eastern governments to overthrow dictators and establish a New Caliphate have run into a Russian roadblock.  Hillary says Trump would destroy our alliances.  What has Obama been doing forcing our European allies to take in millions of Moslems rather than forcing other Moslem nations to take them in?  Those “refugees” are rioting and raping their way through Europe to the extent that European nations have fortified their borders once again and citizens are calling for their deportation and laws against Islam.

Hillary’s economic plan is to tax companies more.  She says the wealthy should “pay their fair share.”  The top 5% pay 70% of income taxes even after all the tax breaks that Clinton and Obama Democrats have given them.  Her backroom deals with her donors prove the lie of her claiming they will pay for the very expensive college education under which students suffer today.  Increasing the minimum wage so that “people who work will not be poor” is a farce that anyone makes a career working for minimum wage.  This just makes beginner jobs scarce and causes employers to require better education and experience to fill.

Trump’s economic plan is to reduce taxes so that businesses have the money to grow the economy.  Hillary says she won’t add a penny to the debt, but the non-partisan Committee for a Responsible Federal Budget says her plan will increase the national debt from the current 77% of GDP to 86%.  They say Trump’s tax cuts will increase it to 105%, but that doesn’t take into account economic growth and the expansion of the tax base.  It is simple economics; a bigger economy produces more income and more taxes.  A growing economy can pay for Social Security and reduce the debt, while Hillary’s tax plan makes the government rich and leaves Americans wanting.  This is the same argument Democrats made against Reagan, and the federal debt grew, not because of tax breaks, but because Democrats continued to increase deficit spending even when revenues exceeded pre-tax cut levels.

The kind of country this is going to be

How does Hillary plan to not add to the debt, which implies a balanced budget, when Democrats have been giving $800 billion in borrowed taxpayer dollars each year for the last eight years to Wall Street as stimulus and quantitative easing?  Giving tax money to Wall Street after already giving them tax breaks is not taxing the rich.  And taxing rich people to give that money to her cronies certainly does not grow the economy or reward entrepreneurs.

In the final analysis, Hillary will continue the Obamaism that is keeping America under the boot of Democrats, keep taxing away American’s wealth, keep our economy from growing better than 1% a year, and making America’s military weak.  Trump’s plan will restore American businesses and grow the economy, and his alliances will crush the Jihad and stop the spread of Islamist Sharia.  After the Great Obama Depression, such a recovery could well be better than under Reagan, while Hillary will continue Obama’s march to WWIII.  All America needs then is a Gingrich in a Republican Congress to balance the budget and the American Dream will come back to life as the spread of Islamo-nazi fascism is pushed back.

No place in Trump’s America for terrorists and communists

The Propaganda Wing of the Government