No Place in Trump’s America for Terrorist’s and Communists 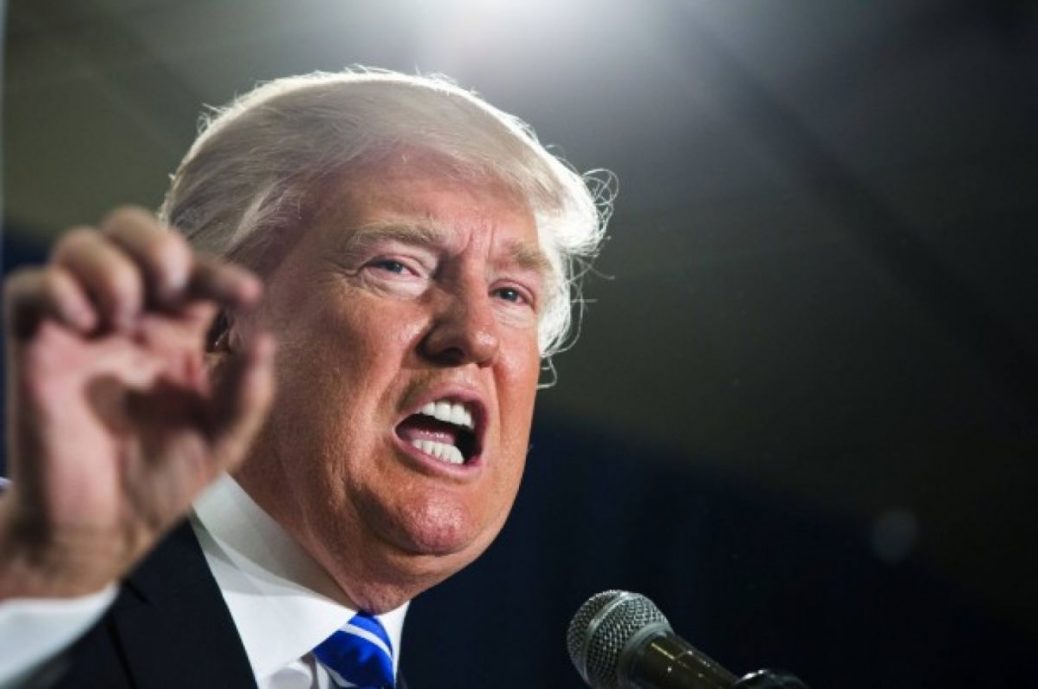 “A lot of people are worried they won’t have a place in Trump’s America.” – Hillary Clinton

And they are right to be worried.  In Obama’s America, Democrats have been saying there is no place for Christians, for capitalists, or for white people.  In Hillary’s America, they say there will be no place for heterosexuals, entrepreneurs, or patriots.  Democrats are waging war on the working American law-abiding citizens, stealing their wealth in taxes and blaming businessmen who create jobs as greedy.

The people who want this America are the worst haters in the world who have grown up in this great nation, enjoyed its great prosperity, its luxuries, and its compassion with free rides, free housing, free food, free cell phones, TV, cable, computers, central heating and air-conditioning.  Yet in their greed and envy they demand Democrats steal more for them, and that they eliminate police protection and the military calling them “pigs” and “baby killers.”  They don’t express any willingness to work for their own benefit, but expect others to work to provide luxuries and education and healthcare for them for free.  They desire to be coddled and cared for like fat rich kids doing drugs.  Democrats are leading America into its decline and fall and expecting that they will profit by emerging as the rulers of a new socialist dictatorship.

What Trump will bring

Donald Trump has taken up the torch of American liberty.  If there is anything false in his campaign it is the Democrat smears and attempts at character assassination through trumped up charges of impropriety.  Donald Trump has not led the life of Mitt Romney, but that didn’t stop the Left from painting Romney as a demon, and it certainly won’t stop them doing worse to Trump.

Democrats drive down business from both ends; by taxing them to keep them from growing, and by importing cheap labor.  What chance do Americans have to progress, to live the American Dream, when the government is allowing illegals who are willing to work more for less to take American jobs?  How can businesses hire more people and give their employees raises when the government is seizing their profits?

Trump’s scorched-earth campaign is right in calling out Democrats to hold them accountable for destroying business, making more Americans poor so they will be dependent on government, and stealing from those who work for a living?  He is right to slam the media for spreading lies and Democrat propaganda while covering up Democrat crimes.

The vast damage done by Democrats cannot be repaired overnight.  Democrats have had decades to establish themselves as rulers.  They’ve had generations to corrupt young minds to believe falsehoods like socialism is good, Christianity is bad, and man-made global warming is real.

Make no mistake, this reversal of Democrat corruption will not begin immediately after Trump takes residence in the White House.  With a Trump victory, leftists threaten even more riots, looting, burning, assaults, and police assassinations throughout the country.  Republicans are armed and ready to destroy these domestic enemies decisively.  As they have been doing, Democrats can let their own cities burn.  But don’t expect the rest of us to pay to rebuild your trash piles.  There won’t be a revolving door in our jails for your rioters and terrorists.  There will be plots in Potter’s Field for them.

Reclaiming America and the American Dream is not going to happen overnight.  It will take years just to stop the ship sinking.  America is now $20 trillion in debt and her economy shattered thanks to Obamaism with more people jobless and dependent than ever.  And, thanks to Obama, America is weaker than she have been in over a century.  The Reagan Revolution was working well, but then the Bushes, the Clintons, and the Obamas threw in the monkey wrenches.

Just one generation after winning the Cold War and freeing Eastern Europe from the tyranny of socialism the world is once again on the brink of war.  Obama has ignited and unleashed the New Jihad in the Middle East and spread it into Europe and America by putting America’s economic boot on the necks of her allies with Hillary’s help.  Now she wants to continue his policies that are bringing down America and the world.  Not only must this treachery not go unpunished, but those who are spreading the hate and slavery of Islam must be crushed and sent back to the Hellmouth from which they came.

Hillary’s new motto, “When they go low, we go high,” is more like while they are low they get high believing that taking the election into the sewer with their false accusations is somehow uplifting.  The entire reason that Republicans control Congress after Obama started out with a Supermajority Democrat Congress is because Democrat policies are sh*t.  Electing Hillary to replace Obama will not solve any of the problems caused by Democrats or reverse any of their destruction.  It will only result in the American ship continuing to sink.  Democrats keep voting for more of the same corruption and then complaining that things don’t change.