The Propaganda Wing of the Government! 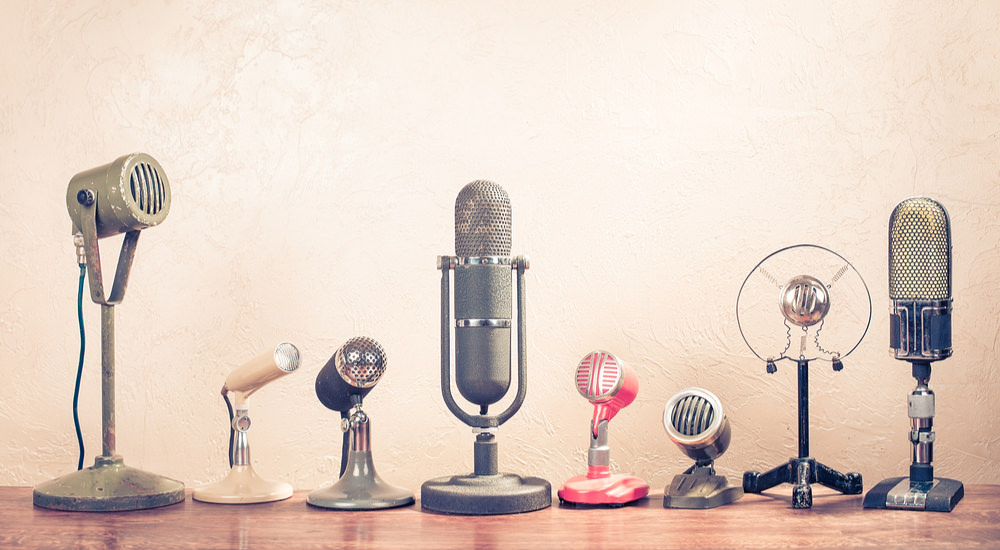 “If I listened to FOX News, I wouldn’t vote for me either.” – Barack Obama

That’s because you would then be informed rather than deceived.  What Obama is saying is that if it were not for FOX News and Rush Limbaugh then the world of Obama would be perfect!  Everyone would have college educations, great paying jobs, and free healthcare.  There would be world peace, even in Middle East, and no more racism or bigotry of any kind.  Horse puckey!

What would happen is that everyone would be equally ignorant tuned in to only Democrat media.  If they had their way there would only be MSNBC and nothing else.  The idea that Obamaism would make the world a Utopia of idyllic peace, love, and life is a galactic joke on liberals who elected a pretender to be leader of the free world.  What Obama has done with the power given to him is unleash the New Jihad on the world, put his boot on the necks of American businesses and our allies, and ground down our military capability to give the savages of  the New Caliphate being created by the Muslim Brotherhood room to grow.

This is why liberals want conservative media shut down because ignorant people are more easily controlled and manipulated.  These are the people who lament the abolishment of the Fairness Doctrine as the deletion of “truth in reporting laws.”  The doctrine only silenced the moral majority and let the Left report what they wanted the people to think.  These are the people who promote libelous smears of Republicans and cover up the crimes of Democrats.  Congressional Democrats went so far as to pass a law that allows them to speak any slander of Republicans they want without consequence – so long as they are standing at the Senate podium.  If there was ever an actual Truth in Reporting law invoked they would poop their pants!

There are two sides to every story and if you only watch the leftwing media you only get half the story.  If they even touch on the other half it is always by means of using false premises and twisted facts to reach bogus conclusions.  The confusion of liberals is understandable when they cannot understand simple morality.  As Hillary Clinton and her corrupt press corps have taken this campaign into the sewer with their false allegations of Trump abusing women, they claim they have taken the “high road.”  Democrats have to be high on smoking crack if they think the sewer is the high road.  Trump hasn’t gone below the gutter and even that is far above where Democrats can even see.

This is what the high road actually looks like:

Melania Trump on false allegations of herself and The Donald

Hillary brought the campaign down into the sewer trying to smear Trump, smear capitalism, and smear America.  Just because Democrats say they are for America doesn’t mean they are for America as founded any more than when they say climate change they mean the weather.  When they say righteousness they are talking about elevating their own corruption to be “the new normal.”  We thank God for Trump because, unlike every Republican who goes belly up when the media begins their smears, he came back swinging and knocked them back on their collective arses.  As Rush Limbaugh illuminates, Trump is the nominee because he is a brawler who will stand up to leftwingnut smears and fight back!

Any other Republican would have folded by now, but Trump keeps fighting back

Obama’s GDP record is no record.  Economic growth has been tepid at best and the numbers manipulated by the regime for low-information voter consumption.  A real recovery would have seen all the jobs lost by the Democrats nuking the economy with their mortgage bank torpedoes regained.

Democrats have kept inflation hidden by reducing wages instead.  Wages have gone down because Democrats have increased taxes on employers to fund their boondoggle of ObamaCare.  The unemployment measurement Obama touts is based on people looking for work and only went down because millions of people stopped looking.  The nation has fewer people in the workforce today than when Jimmy Carter was president.

ObamaCare is self-destructing despite the new taxes and stealing from Medicare.  The Affordable Care Act has made health insurance costs skyrocket to double and triple what they were before Obama inflicted his poison on the marketplace.

Years ago Obama said, “We can’t drill our way to lower gas prices.”  Despite his efforts to shut down oil drilling, he was unable to stop fracking.  Now America has become a leading oil and gas producer.  Arabs of OPEC tried to drive oil prices down to destroy them, but failed.  So what does Obama do?  He signs an Executive Order to shut down coal mining.  If he can’t force Americans to buy Arab oil, then he’ll make them buy Chinese coal for their electric power plants.

Blacks are being incited to riot by means of stories claiming white cops are hunting down and murdering innocent black youths.  Police are being assassinated on our streets, murders by black gangs have skyrocketed, terrorists are murdering people by the hundreds, and Obama is saying crime is at an all-time low under his regime.  At the same time, Obama has weakened the American military to pre-WWII levels, withdrawn from Iraq to leave it open, and then armed and funded the Muslim Brotherhood to rise up against governments in the Middle East.  Their goal is to re-establish a New Caliphate by means of the New Jihad and this is the Pax Obama.  He then stands in front of the microphone and says the world is more peaceful than ever and all the troubles are due to George Bush.

From Obamaism it’s white people against the world when it is clearly the world against white people.  Racism, according to the Left, is white supremacy only and no people of any other race can be racist.  That’s about as honest as their morality in which they would say a husband telling his wife he wants to have sex with her is the same as rape.  Leftwingnut’s moral equivalency is as vapid as their understanding of science, culture, or history.  May as well throw math in there as well since they think borrowing trillions of dollars from future taxpayers is saving money.

Americans are too easily duped

Why are Americans so easily taken in by innocuous phrases like;

Well, I’m not with her because all she has done is use political corruption to accumulate vast wealth.  Whereas…

…speaks directly to those of us who work for a living, want to live the American Dream, and are shocked at watching the nation decline under Democrat rule while the world goes up in flames.  We want a Commander-in-Chief who is concerned with making life better for the good, law-abiding, hardworking patriots, not to make life better for the criminals, illegals, Islamists, foolish, and corrupt who follow Obama.  America deserves better than to be incorporated into the rest of the world.  Nowhere else in the world is life better than in America, and the Left hates this nation and smear it as stealing from the rest of the world rather than lifting the whole world up with trade.  They believe this because that is who they are.  That’s how Hillary got rich, by stealing, while Trump got rich by building and trade.

That is the fundamental difference between the Left and Right, which is why the Left must deceive to smear the righteous and hide their own crimes.  They say Trump is talking dangerously about the elections being rigged by the Left who refuses voter ID in the name of racism so they continue to commit voter fraud.  (That would make Driver’s Licenses, gun licenses, and credit cards racist violators, too.)  Trump is not dangerous for pointing out that Democrats are rigging the election.  Democrats are dangerous for doing so to corrupt America, overthrow the Constitution, and open our borders to our enemies.