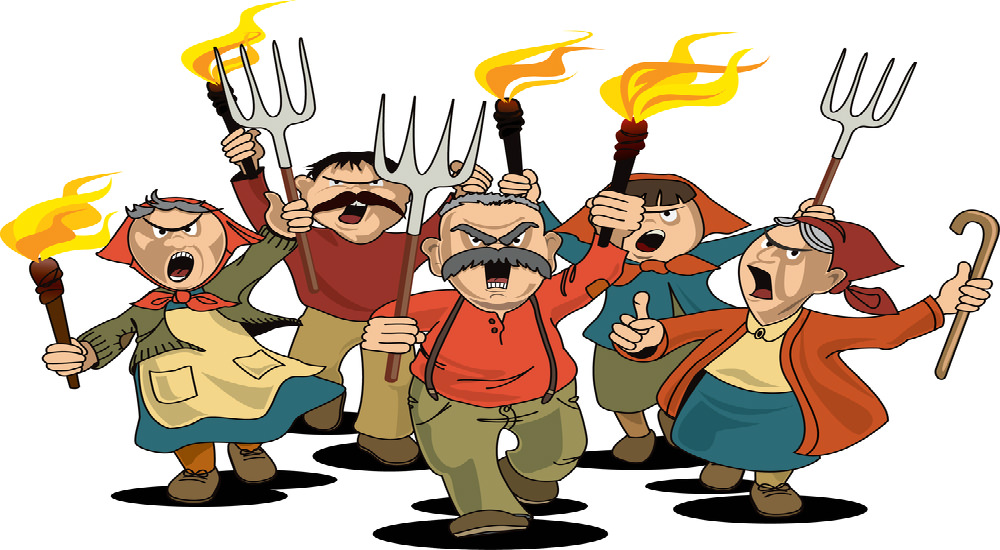 The Left is defeating Americans by inviting foreign invaders to occupy the nation and subvert American culture.

Liberal progressives are regressing America to the days of the Wild West with citizens caught between a rock and a hard place.  Corrupt Democrats are allowing criminals to run rampant in order to make people fearful and dependent on more militarized police.  As citizens fight back and police are forced to kill more violent perpetrators who are being driven into crime by Democrat corruption, criminals fight back with the assistance of their Democrat masters to declare the police to be racist oppressors.

This is what happens when you elect criminals to power.  They let the animals out of their cages and then blame the people for putting down the rabid beasts to protect themselves.  Obama and Hillary not only want to take away police protection from citizens, they want to import more foreigners, even criminal foreigners run free in America, and then they want to give felons who took away the rights of their victims the vote.  Law keepers like Sheriff David Clarke are furious and saying it is time to throw off the Democrat yoke.

We lock our doors for the same reason we have borders – because there are people on the other side who want to rob, rape, and kill us.  Citizens have the right to expect government to lock criminals away from civilized society.  We especially have the right to keep foreigners from invading our country who wish us harm.  The sovereignty of the United States is being breached by Democrats who are inviting America’s enemies to live among us.  A foreign enemy who kills Americans in America is not a criminal and has no rights or protections afforded under the Constitution.  Even if Obama does deport them, nothing stops them from coming back and committing more murders.

Americans have the right to not only eject them, but the right to execute them.  The border should never be a revolving door for murderers any more than prison should have open doors.  For those who live a life of crime, even if they have been given citizenship or were born to it, Americans have the right to strip away their citizenship and banish them for their repeated or extreme offenses.  Freedom is a right for all, but when you take away the freedom of others you sacrifice your own.  Any who will not respect America’s laws and the rights of others have no right to be in America.  Citizens should not be required to provide for the health of criminals in prison at tremendous expense.  And those within our borders who betray us have no place among us.

Voting for corruption and expecting improvement

Worst of all are the people who have been duped into electing the corrupt politicians to power thinking they are voting for law and order.  The confusion over which political party stands for law and which stands for crime is resolved by a simple comparison.  Which side is promoting terrorism of the citizenry and trying to claim victim status, and which is actually under assault by the terrorists?  Democrats are not only promoting black criminals to perpetrate crimes, riots, robbery, and murders, but letting all kinds of criminals into America under the guise of refugees.  While they are encouraging criminals to riot and assassinate police, they turn about and advocate for Americans to be disarmed in the face of these terrorists by declaring them to be the racists.

Americans have already opted to rearm themselves due to skyrocketing crime over the last fifty years.  In response, criminals are making gangs to overwhelm the people, and they do it with the help of the government that restrains law keepers.   Eventually it will come down to either openly becoming slaves or open rebellion.  Sometimes the people must exercise the Wyatt Earp solution to crime and corruption.

Millennials have been duped