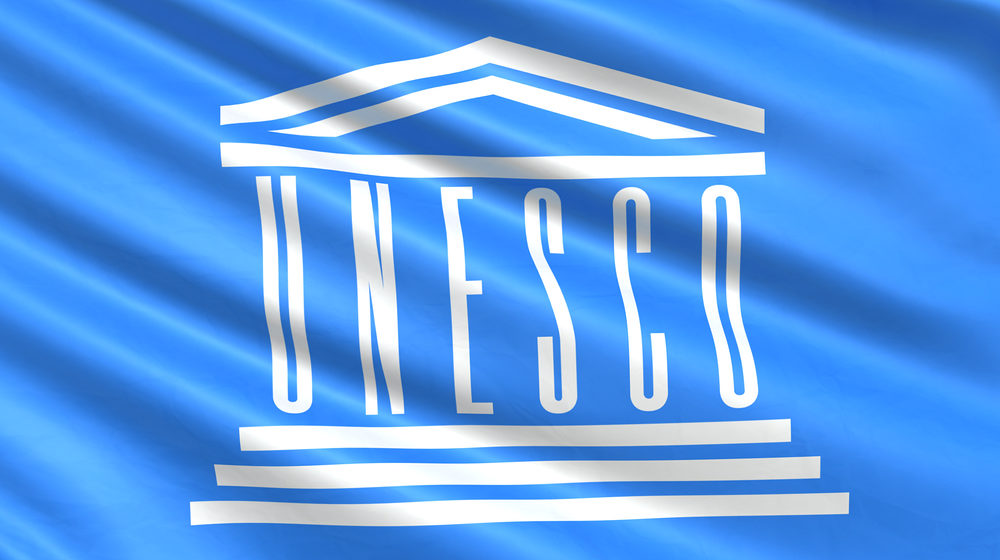 I have your recent statement and find it quite inadequate, in that you are still not dealing with historic facts.

Jerusalem was first settled around 3500 BCE, and made the capital by King David, in 1000 BCE, with the temple built by King Solomon. The city’s Jewish history is constantly proven by artifacts found by archaeologists; Muslims have been digging to destroy the Jewish connection. Also under Muslim rule, synagogues and churches are summarily destroyed and the people subject to pogroms and jizya taxes. The city continues to be holy to Christians because of Jewish history.

For more than 70 years, UNESCO was to promote global programs concerning Israel’s heritage and history, yet intolerance and antisemitism are on the rise. In fact, it is a UN group that insisted on the removal of three of Israel’s 13 panels because the truth challenged the Palestinian narrative. It is the UN that bends to Islamic demands and places the blame of collateral damage on Israel despite the known Palestinian war tactic of using their own wives and children as human shields. It is the UN that faults Jews for disproportionate retaliation, when if balance were implemented, Israel would owe Palestinians thousands of returned rocket fire. It is also the UN that continues to insist that Israel cede land to their enemy and allows Mahmoud Abbas’s lies to prevail (what other country has won a defensive war and returned land?!).

UNESCO’s education is doing nothing to quell the Palestinian hate speech against Jews and Islamic youth radicalization. UNESCO has not influenced Muslim schools to eliminate Jew hatred from their schools and media. It is not promoting tolerance by calling the Temple Mount and Western Wall by Arab names, or providing protection to Jewish sites when it permits Arab claims to Jewish holy sites, such as Rachel’s Tomb. UNESCO recently acknowledged the City of Hebron for World Heritage status, but mentioned a mosque on site, not the synagogue. It has permitted an exhibit but only after Israel’s name was removed from the title. And, when UNESCO attempts to ‘calm tensions,” it tells Israel to stop protecting itself from the violent Palestinian attacks.

I am unimpressed by UNESCO’s self-aggrandizement while doing nothing to deal with truth, which is the only way to peace. All these activities are merely a way of fueling the evil with your unabashed support, as you continue to have blood on your hands.

Second letter to UNESCO (in reply)

I received your May 10 reply written on behalf of Director-General Irina Bokova. The decisions made by members of UNESCO are an attempt to distort history and delegitimize Israel. The proposal was submitted by six of 59 avowed Islamic enemies of the only Jewish State in the world – because their Koran dictates that they spread Islam and establish a global caliphate worldwide, and kill Jews and Christians worldwide, and because they view UNESCO as their co-conspirator.

Islam is expansionist in nature, and the proposal endorses UNESCO’s usurpation of the Cave of the Patriarchs and Rachel’s tomb as part of a Palestinian state, although they were holy to Jews long before Muslims ever existed. If Palestinians truly cared about these tombs, they would not have set fire to Joseph’s Tomb, another Jewish holy site, now under Fatah control It is not an Islamic desire to treasure and tend the sites, but to seize and destroy Israel’s connections to the land, just as they have done in the past and will continue to do so as they take control of other Western countries, such as Sweden, Germany, Belgium, France, etc.

Might I remind the Ambassador and Director-General that UNESCO was formed to contribute to peace and coexistence,

– not to relinquish Jewish land to the most vociferous;

– not to honor “Palestinian rights” to holy places originally established and revered by Jews and Christians;

– not to dismantle the Holocaust studies that UNESCO was to use to protect, promote, and teach history to the ignorant;

– not to allow Palestinians to dismantle and set ablaze the sites UNESCO was to protect;

– not to allow the destruction of any cultural sites;

– not to allow the removal of Israel from maps produced and used by Islamic states;

– not to blame Israel for the horrific crimes committed by Palestinians;

– and to realize that the only way to ensure peace is to have Israel, a peaceful nation that gives so much to others – medically, technologically, scientifically, agriculturally, and more – secure the areas and not destroy Israel’s just and legal authority over its own land.

It is time to set the record straight on what is required of UNESCO if the West indeed expects to survive this scourge and fulfill its educational mission for future generations. Muslims appear to have children to spare and sacrifice for destruction; do you?

For the ancient Muslim, Greek and Roman pagan authors, Jerusalem was a Jewish city. Their texts indicate the unanimous agreement that Jerusalem was Jewish by virtue of the fact that it was founded by Jews, inhabited by Jews, and the Temple located in Jerusalem was the center of the Jewish religion.

It is time to acknowledge that Israel is not an “occupier.” Israel successfully defended itself against threats of annihilation by five Arab countries in 1967, and regained control over Jerusalem, the Golan Heights, Judea and Samaria (West Bank), the Sinai Peninsula, and Gaza. Despite Arab aggression, the UN called on Israel to withdraw from the territories it won from the aggressors (never required of other countries). Israel has been the rightful owner of her land since before the Christian era and was granted legal sovereignty by the United Nations in 1948. Under Israeli rule, all people and religious shrines are respected and protected.

The demand of land for Arab “refugees” is no longer valid, just as it is invalid for the 600,000 Jewish refugees of 1948. It is time that these political hostages moved on and returned to their ancestral homes (Jordan, Syria, Lebanon, Egypt, Iraq), just as Jews were absorbed by Israel and all others are absorbed after the displacement that comes from war, particularly as these wars were begun and lost by the Arabs.

Land for peace does not work because the land is not returned when the agreement is breached. Each of Israel’s withdrawals has resulted in the transformation of fertile farms, productive businesses and comfortable homes into war zones with rockets fired at Israel. Perhaps it is time for Mahmoud Abbas, not Israel, to make concessions for peace.

When Syria lost the Golan Heights in its 1979 war on Israel, Syria signed a disengagement agreement, and the Golan became home to 46,000 Druze and Jewish residents who are living together in peace and comfort. The United Nations must stop acting as Islam’s negotiators.

It is time to stop demanding proportionate responses to Arab aggression, or Israelis would be obliged to reciprocate in kind, perhaps with more accuracy. During the Al Aqsa Intifada, from September 30, 2000 to March 2013, 8,749 rockets and 5,047 mortar shells were fired on Israelis; at least 2,257 rockets were fired on Israel in 2012 alone, in addition to blowing up cars, and stoning cars (both acts deadly).

UNESCO (UN Department of Political Affairs) is discriminating against Israel’s 13-panel exhibition, Israel Matters, demanding that three panels not expose the truth, but comply with the Palestinian narrative. It is time to enforce the truth and negate the damage caused by the fallacies that feed jihad.

It is time for the United Nations to stand up to bullying tyranny, despotism, and to start allowing the truth to come into the light. Stop pacifying and supporting Palestinian propaganda. Muslims increase their respect for others when they see a strong adversary. The only way to “calm tensions and increase confidence” is to show your mettle. Truth must prevail because the lies will allow for humanity’s destruction.