Learning a Lesson From the Haiti DIsaster 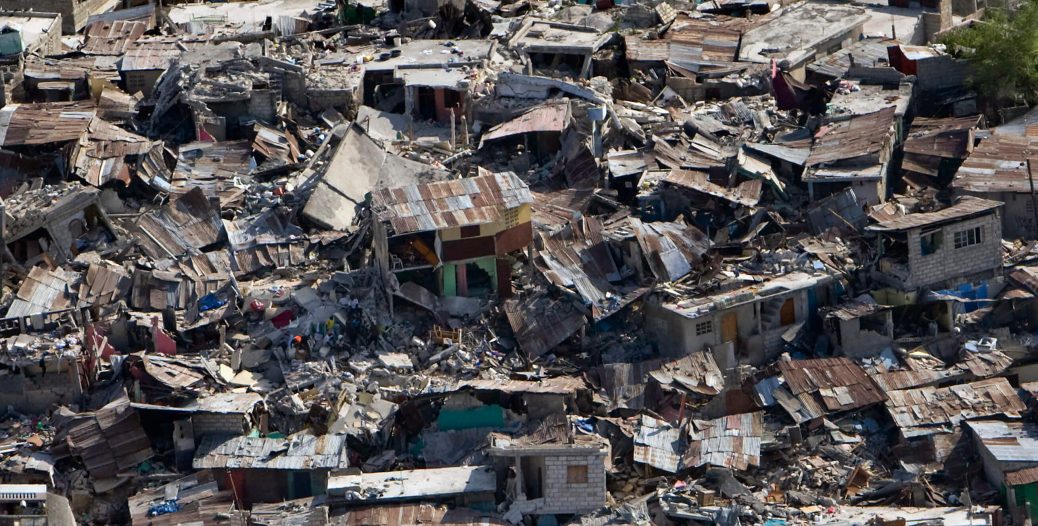 We can learn a valuable lesson from the Haiti catastrophe if we put a few things together in our minds and ignore silly political expediencies favored by irrational politicians.  The lesson is this.  A natural catastrophe can happen anywhere.  In the case of Haiti the government practically collapsed and most criminals escaped from the collapsed penal institutions.  Project that a natural catastrophe hits Thomson Illinois with a cadre of terrorists and imagine the chaos and panic inflicted on the surrounding area ( including Iowa).

A natural catastrophe in Gitmo has the advantage of a natural barrier to contain terrorists away from our mainland and the Castro Regime could worry about the escapees.

Prevention is always about anticipating what could go wrong and this is an example of poor planning when you overlook a possibility.  If you’re not going to consider the “what ifs” you are simply declaring, “ It can’t or won’t happen.  This was the mistake of Katrina and it looms as a threat for transferring terrorists from Gitmo.  It is much harder to deal with an event after it happens than planning for prevention and contingencies.  This is foreign thinking to that mob in Washington.

Taking hideous vicious thugs and letting them loose on innocents is adopting the viciousness of the thugs.  The prison of Gitmo is not a tool of recruitment for ISIS but a deterrent.  Knowing you could be placed in a prison that will hold you indefinitely eliminates any possibility that you will be released to wage Jihad ever.  A war prisoner is held until the war is over and the only option for release is an end to the war.

Sending terrorists out into the world to countries with corruption and Muslim proclivities is not who we are.  Unleashing masterminds and killers on the world is not doing anything for humanity.  Imagine a man with a pack of mad dogs that he has caged up and then decides to let them loose to attack defenseless children and innocents.  This in essence is what The United States is doing by closing Gitmo.

The fact that it is being done by Presidential fiat makes it even more egregious.  Where is Congress and the voices of sanity?  Is Washington so short sighted that it cannot see the consequences of such barbarism?

The quiet voices of wimpy leaders is deafening.  And they wonder why they are rejected by those who are fed up with their establishment silence.  America made a huge mistake electing President Obama and because they were conned is erupting the wrath of the voters who gave this ingrate an opportunity.  America will rise again when this madness is rejected and corrected.  The notion of progressivism will fade into oblivion or we will be the new Haiti.