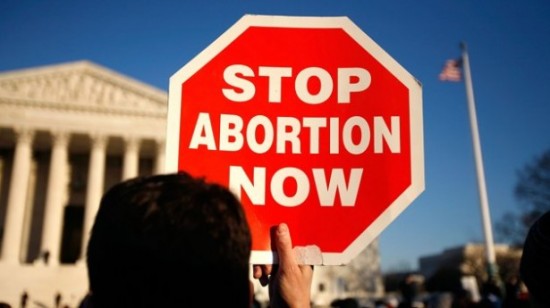 At a time when America is struggling to survive morally and economically under the leadership of a pro Marxist U.S. President, Oklahoma’s governor, Mary Fallin, decides to cave to the pressure from the pro abortion crowd and veto pro life legislation.

The pro life legislation that passed the Oklahoma House and Senate on May 19, 2016 would have been a step toward getting America back in favor with God, but Republican Governor Fallin decided to cave to the pro abortion crowd and give an excuse to veto pro life legislation.

One even has to ask,  “Does Governor Fallin support the murder of unborn children and the New World Order Establishment?”

Apparently Governor Fallin does support the murder of unborn children according to her recent veto. Regardless of her past pro life performance, this was major. This would have been a golden opportunity to tell the rest of the nation that Oklahoma stands for life! But Mary Fallin decided she did not want her signature on this pro life legislation.

For decades Republican Party politicians have run for office on pro life platforms and when they get in office they do absolutely nothing about abortion. For example, the “pro life” Republicans had control of the White House, U.S. Senate, and U.S. House from January of 2001 to December of 2006 – 6 solid years! With the exception of Ron Paul’s pro life legislation in 2005 that got absolutely nowhere, the Republicans did a absolutely nothing about abortion. Strangely, it seems like there are certain issues the Republicans want to keep alive to get themselves elected or get re-elected. Of course abortion and terrorism are two of those issues. (I say terrorism because it was the U.S. Government who blew up the World Trade Center to create the war on terrorism, and, of course, the Republicans must keep the threat of terrorism alive if the Republicans want to get elected or re-elected.

Imagine if abortion and terrorism were to somehow magically disappear, then the Republican Party might disappear as well. There would be no reason for voters to elect Republicans.

Since 1973 America has murdered more than 60 million unborn children.

Today, America is under the judgment of God, not the blessings of God.

It is time for the Oklahoma Governor and all politicians who fail to take a stand against abortion and Roe V Wade to be thrown out of public office!

The Bible says, “These six things doth the LORD hate: yea, seven are an abomination unto him: A proud look, a lying tongue, and hands that shed innocent blood – abortion, An heart that deviseth wicked imaginations, feet that be swift in running to mischief, A false witness that speaketh lies, and he that soweth discord among brethren.” Proverbs 6:16-19

Lastly, if America is going to get back into favor with God it is time for politicians to take a Biblical and constitutional stand for America.