Trump Missed a Grand Slam in Debate with Holt-lary 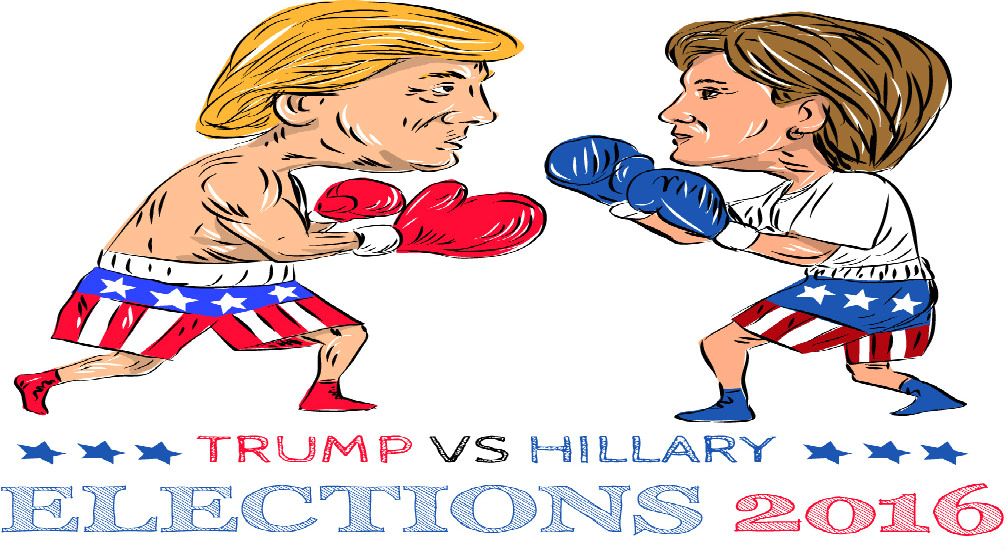 Debate moderators are supposed to ask the candidates the same question and let them duke it out.  Holt spent half the time attacking and interrupting Trump while letting Hillary ramble on.  The questions he directed at Trump were over insignificant subjects like birtherism and his taxes.  But Trump did miss a grand slam moment; when Hillary charged him for withholding his taxes to hide whom he would owe upon entering the White House, he could have crushed her over obliterating her emails for the same reason.  The government IRS has all of Trump’s information.  Hillary illegally destroyed all of her information after violating national security.

Unlike Hillary, Trump walked into this debate cold.  What America got was the honest Trump who spoke off the cuff from the heart, while the polished politician spoke her practiced lines expertly.  Like Obama, she can never tell the truth about who she is and what she will do to the country.  Where Trump says he would America stronger by taking government off the backs of businesses, Hillary says she will levy heavier more taxes on the rich to “make them pay their ‘fair share.’”  Hillary says Trump’s tax cuts rewards the rich and she wants more money to go to the workers.  Trump says this gives companies the money to grow and that is how more people make money.

Hillary says trickle-down doesn’t work.  Tell that to the Reagan generation who grew up with a booming economy in the 80s and 90s thanks to Reagan tax cuts and Gingrich balanced budgets.  The dirty little secret is that all business is trickle down.  Businesses grow when entrepreneurs keep their money to reinvest in their own companies to make more money.  More money means more jobs with better pay, which means more tax revenue.  What doesn’t work is Hillary’s socialism when government takes that money to dole out to their friends who produce nothing.  Hillary and Obama believe Elizabeth Warren’s nonsense that jobs wouldn’t exist without government.  They don’t understand from where people make money to pay taxes.

In other issues, Democrat policies created the housing crash that they blamed on Bush.  Obama has already done the clean energy investment that crashed and burned.  Trump is right about America being in a phony economic bubble.  Obama has taken $10T from our children’s taxes to give to his friends on a Wall Street.  The meager economic growth he lauds as record breaking is as much a scam as global warming.  There are fewer people working today than under Carter.  The Federal Reserve has been manipulating American currency and can crash the economy at will, and that moment to nuke the economy again will be when Democrats are losing to a Republican president, blaming him for the crash so people will foolishly turn to Democrats again.

About the birtherism issue that has been confirmed originated from the Hillary campaign of 2008, why did it take Obama till three years after the election to produce this most basic document?  Holt challenged Trump on continuing the issue for two more years, disregarding that it was said to be a forgery.  Perhaps he can answer why a leaked college transcript, also a basic document Obama kept secret, reported that Obama applied for financial aid as a foreign student?

Hillary eventually played both the race card and the woman card on Trump because she can’t win against his policies.  How is it disrespectful to question the loyalties of our first black president when he has; invited millions of illegals and Moslems into America to fundamentally change the nation, weakened our military, and armed the New Jihad empowering Islamists around the world?  Hillary said blacks have it good under Democrats in their ghettos, and she argued against stop and frisk saying violent crime is down while black on black murders have skyrocketed.  Then she agrees with Trump it worked under Republican mayors, but Democrats won’t apply it because it’s “unconstitutionally racist” and she would instead “retrain” our police?  How else do you stop criminals from getting guns?  Make more laws restricting the law-abiding?  It doesn’t work both ways and she can’t have it both ways.  And Trump has said bad things about women?  Really?  What did the polished politician say about Gennifer Flowers and Paula Jones behind closed doors as she destroyed their lives for dallying with her philandering husband?

What the future may bring

FINISH THIS ARTICLE AT…

More Than A Half-Dozen Officers Stood & Watched For 8 Minutes As A Teen Hung Himself
August 13th, 2022 Sons of Liberty Media