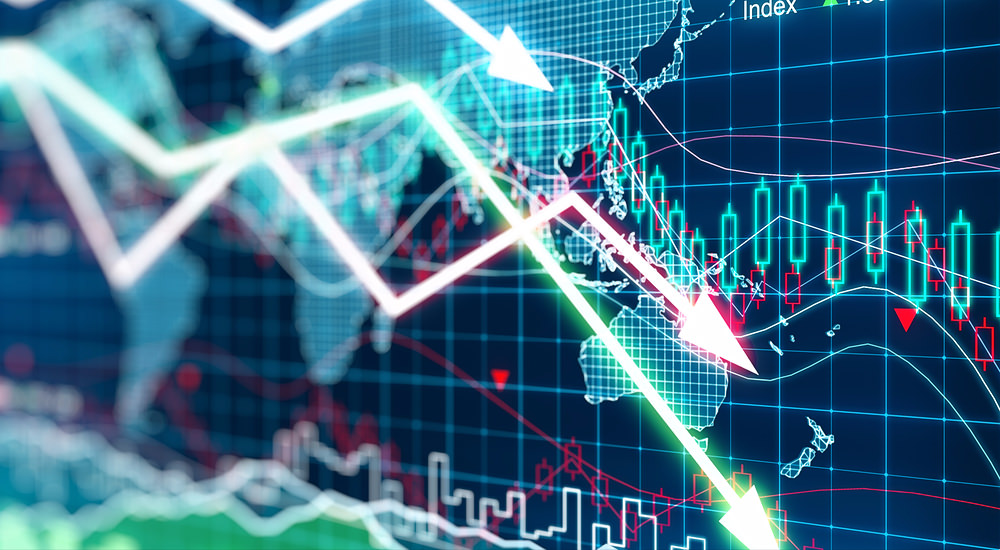 The stock market is tumbling, the government says inflation is moderate and everybody knows that gasoline prices have skyrocketed, milk prices are way up, property taxes are exorbitant, the cost of transporting goods is rising due to higher fuel costs and the government is telling us how strong the economy is.

Lets take a simple example of how things work in the economic world and see if this sheds some light on the subject.  Suppose you grew potatoes and you were the only one who grew potatoes. Suppose further that no one knew what potatoes were, but by good advertising and business practices you acquired potato customers.  Business was fine until you found you could not provide enough potatoes for all of your customers.  People told you they would pay you more for your potatoes so you supplied those who paid the highest prices.  Of course others would see the money you’re making and also enter the potato business and by increasing supply the prices would drop.  As more entered the potato growing business potatoes became cheaper and cheaper and soon potatoes were so cheap that only the most efficient producers could stay in business.  Many marginal producers went out of business and the few suppliers left had to meet demand or prices of potatoes would rise again.  Thus we see that if the suppliers can meet demand the price is stabilized.

Now what about the money supply and how does it work?  We read about the Federal Reserve pumping more money into the market when there is a credit crunch. The means the Federal Reserve is trying to grow enough potatoes to meet demand.  But money is a universal trade commodity and unlike potatoes must be backed by something of value.  Our money started out as currency backed by precious metals but is now backed by the promise of the government to pay.  The question is, “ What can the government pay with?”  The government only has the revenue option of borrowing, taxing or simply printing more money.  Since taxes are reaching the level of excessive and are politically repulsive and the credit crunch is drying up money available for borrowing this leaves only the printing of more money.

Now we know what happens to the price of potatoes when the market is saturated.  What happens to the price of money when the market is saturated?  Money like potatoes becomes worth less.  Money that is worth less buys less.  This means more money is needed to buy as much as previously.  This means inflation is taking place.  When the level of inflation reaches the level in Zimbabwe or Venezuela rationing begins, price controls emerge, chaos erupts and war and rebellion are on the horizon.

The myth that a little inflation is acceptable is just a myth.  Acceptance of a little inflation leads to a pushing the limits of what constitutes a little inflation.  Since inflation accumulates if allowed to occur it soon reaches proportions that require the government ( who creates inflation ) to make monetary adjustments. Thus our currency gets cheaper and cheaper looking, our folding money buys less and less and the government borrows from the money it creates thus increasing inflation by leaps and bounds, spending grows out of control and the Zimbabwe/Venezuela phenomena balloons.  The ostriches that think they are running the country are in fact destroying it.  They are ignoring the history of inflationary policies and trying to fix the symptoms with the same old trial and error methods that have failed for centuries.

The inevitable consequences of deficit spending are easily seen by every individual who tries to live beyond their means.  The government fumblers ignore this in the world of government finance as if there is another way that the government can utilize to get away with spending more than is coming in. The current credit crisis is dismissed as a problem with bad mortgages.  Who made easy money possible for banks to make risky loans?  Who allowed banks to lend without down payments and accelerated payments? Who insures the bank accounts and releases the banker from responsibility of managing risk? Look on the books and see what laws make this possible.  Look to the legislators that made these laws and then look to the universities who educated these legislators and you will understand why and where bad ideas evolve into bad national monetary policy.  Couple this with a propensity to seek election as an ever growing power grab and you have the ingredients for impending collapse, credit crises, inflation and a declining economy.

Some who want to deny this analysis will say, “sour grapes” even as they whoop and holler about the far distant future when the ice will all be gone and the water will flood and the heat become unbearable.  The real warming that is taking place is in the currency market.  Money that is stolen is referred to as “hot”. Money that is confiscated is stolen.  It may be called legitimate but declaring by law that stealing is not stealing if done by the government doesn’t change the nature of the act.

Potato farmers produce potatoes.  Government credit extenders have not produced the money they are supplying.  They are living in the fantasy world they imagine can be thrust onto the ignorant population without consequences.  The potato farmers are the realists and the politicians and their mentors in the universities are the destroyers living in a dream world they are willing to perpetuate as long as they can get away with it. When they learn that the jig is up and they have been found out there may be a few that decide to live honest lives.  In the mean time, save your spuds.