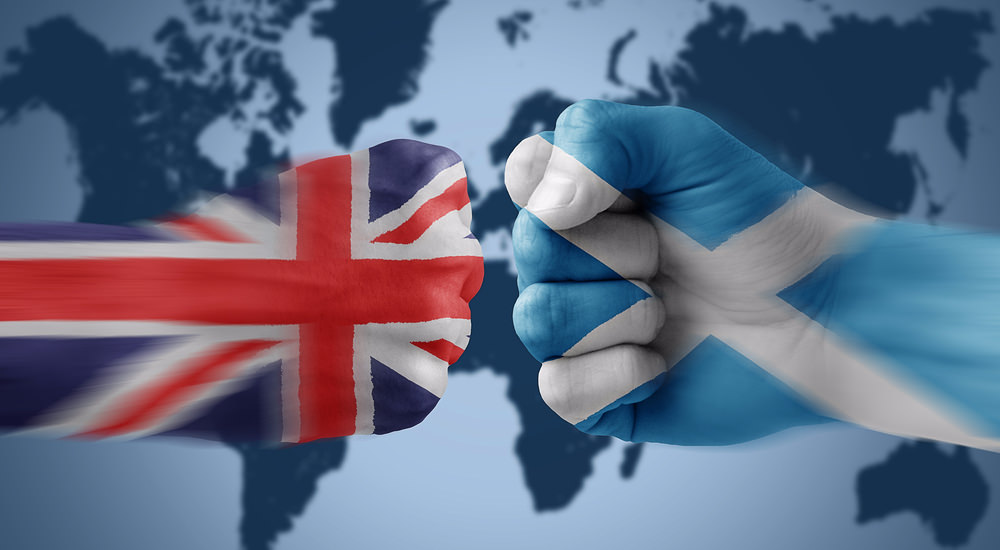 First I would like to State I am very pro the Scottish Nation, being part Scottish, my ancestors the Fraser clan fought and died for Bonnie Prince Charlie on the bloody battlefield of Culloden in April 1745.

Following the Brexit vote on 23rd June, some members of the UK are less than happy bunnies. One such person is Scotland’s first minister Nicola Sturgeon ,having now lost two referendums in succession, the bonnie wee lassie from north of the border now wants to reboot and hold a third, in an attempt to undo the first result. And cut Scotland out of the second.

There is a problem, The EU that she so admires will not allow it. Their rules expressly forbid part of a nation state to opt in or out of the EU, unless the whole member state agrees. And the UK has already said no.  They do have a solution though. Leave the UK, become a totally independent State and then re-apply for membership. Should she succeed in getting a new referendum on the table, then she has to win it. With the first referendum Scotland would still have been able to enjoy support from the UK as it could reasonably expect continuing trade and fiscal support as well as co-operation on defense matters.  Following Brexit the situation has changed dramatically. The last referendum cost 15.85 million pounds .a good share coming from the British government. They would, of course also have to agree to a new referendum, which is most unlikely. They could of course go ahead anyway, a Unilateral Declaration of Independence, as tried by Ian Smiths Rhodesia in November 1965. But any vote would be illegal and the result unrecognized by the international community. Remember Smith’s UDI failed and led to the authoritarian State of Zimbabwe.

An Independent Scotland would need to form its own national bank with massive currency reserves. Having no national defense forces it would need to establish one, and apply to join NATO, if it wished to count on Western support. It would also need to establish a national health service has scots would no longer be covered under the NHS. Of course they would also need to develop their own currency or apply to join the European System, the Euro.  Following Brexit the Pound dipped on foreign markets, as expected. It later recovered. The Euro also dipped and at the time of writing continues its slide, driven by rising demand for referendums in other countries, by their own independence movements.

Of course all these arrangements to become independent of the UK and fulfill all the requirements for EU application would require a massive amount of cash or gold reserves that the Scot’s simply do not have. The rest of the UK would be unlikely to support it anyway. As the rest of Europe takes in the result of the Brexit vote my advice to Nicola is to take a deep breath and see how the dust settles. Even if you succeed in getting Scotland out of the UK and into Europe it will take many years, and you could be just pulling your citizens back aboard the sinking Titanic, as the rescue ship sails away..