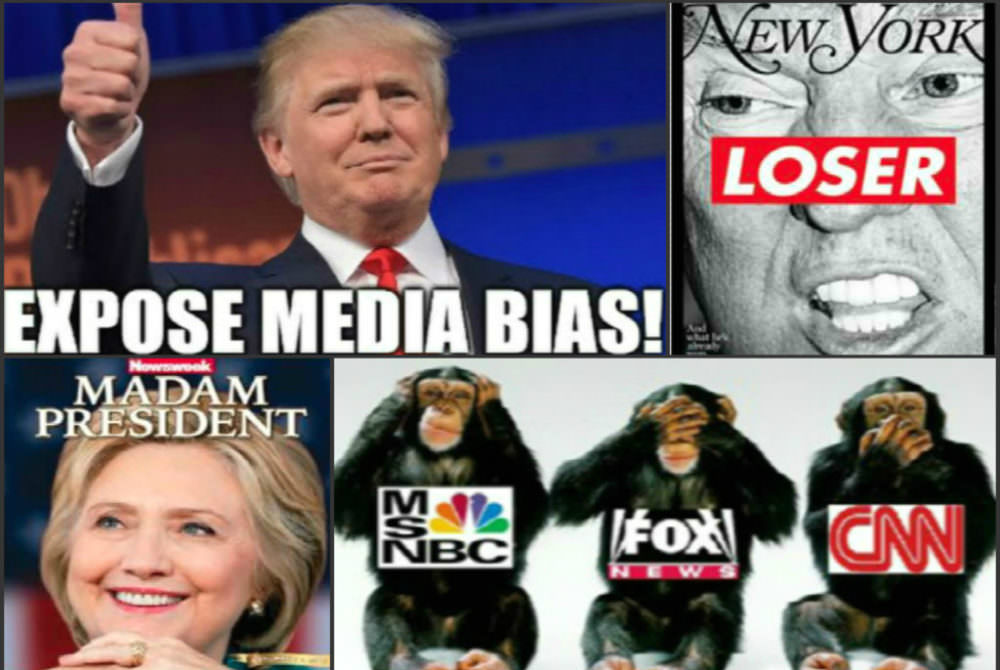 “Trump’s ‘dark vision’ of America must be stopped at any cost!”  Leftists will say anything he does is wrong, incompetent, and racist in order to smear and belittle and sabotage his efforts to restore America.

What liberals want to do is stop Donald Trump from restoring America to greatness and keep the corruption of Obama, the Clintons, and the Bushes alive.  What liberals want to do is to enable criminals, illegals, and Moslems to thrive and destroy the Christian ideological foundation of America.  What liberals want is to foment more division through racist rants against police who stop black criminals claiming they are all innocent.  They want to divide Americans by race, religion, ethics, gender, and every sin they can muster as being despised by ‘hateful’ whites and Christians.

The Dark Vision of America is not Donald Trump’s, but Barack Obama’s

This is what comes of media and school teachers corrupting the minds of America’s young without the righteous fighting back.  Allowing leftists to take control of local governments, schools, and media has led to the indoctrination of our youth rather than their education.  Parents, in the name of “being fair,” have allowed the leftwing Nazis and Communists to smear America history and promote their socialist dictatorships as benevolent.

Democrats want to shut down media for conservatives, keep them out of social media, and censor the Internet so that only their propaganda is heard as it was before Reagan opened the outlet to the people.  When the Right is heard alongside the Left then the irrational stupidity, baseless policies, and dysfunctional character of the Left is exposed.  Facebook and others are being called to censor the Right as “fake news” when all we have done is expose the false reporting of the Left.

“If all human ideas, good and bad, are allowed a battleground, so long as Truth is in the field, Truth will prevail.”  – John Milton

The Left’s ideology of totalitarianism is what results in socialism, Fascism, Communism, Nazism, and Islamism becoming dominant and destroying the good that America has accomplished in freeing itself and countries of the world from dictatorship.  The Left’s false teaching that Middle Eastern dictators who were keeping the Islamic Jihad from propagating their extremist radical ideology of hate, terrorism, and slavery as the wicked ones has been laid bare.  Only those with closed minds, eyes, and ears do not see the jihadis disguised as refugees invading, raping, and rioting in Europe.  Like all liberals, they can be told that they are refugees who need their help and they throw open their doors to them without thought.

Trump dialing back on how he is going to govern does not mean he is going back on his word.  He doesn’t need to prosecute Hillary, but don’t expect him to stand in the way of the FBI.  Trump needn’t avoid allowing prosecution of her crimes for fear of Democrat retaliation.  Democrats have already been falsely persecuting Republicans for years!  Tom DeLay, Scooter Libby, and Rick Perry have all suffered the unrighteous wrath of Democrat hacks!

The Donald doesn’t need to build a brick wall on the border so much as he needs to deport everyone here illegally that wants to subvert the nation.  He is not Obama who will not fail to implement American law, nor will he use the law to punish citizens as has Obama.  But he needs Americans to step up and expose the dysfunctional thinking of the Left.  FOX News new talk show star, Tucker Carlson, took a young liberal fool and exposed his dysfunctional thinking in epic fashion;

Now is not the time to hold back, but to push forward and keep the Left that has been knocked on its ass in the last four elections and beat on them while they’re down.  Democrats have been the architects of America’s poverty while empowering our enemies to prosper.  The proof of this is that a radical jihadi Moslem is running to be head of the Democrat Nazi Communist Party.  Obama has vowed to stay in D.C. to sabotage Trump’s efforts to rebuild the America he has destroyed.  Their war on police and the citizens of America will not abate until they are destroyed in the media and schools as they have been in the halls of power.  Expose their naked, hateful anti-Americanism and help America recover its greatness once again to push back the true forces of darkness!

It takes a village of idiots to raise a liberal