Blue Lives Don’t Matter to the DOJ! Denver PD Fined by the DOJ For Not Hiring Immigrants! 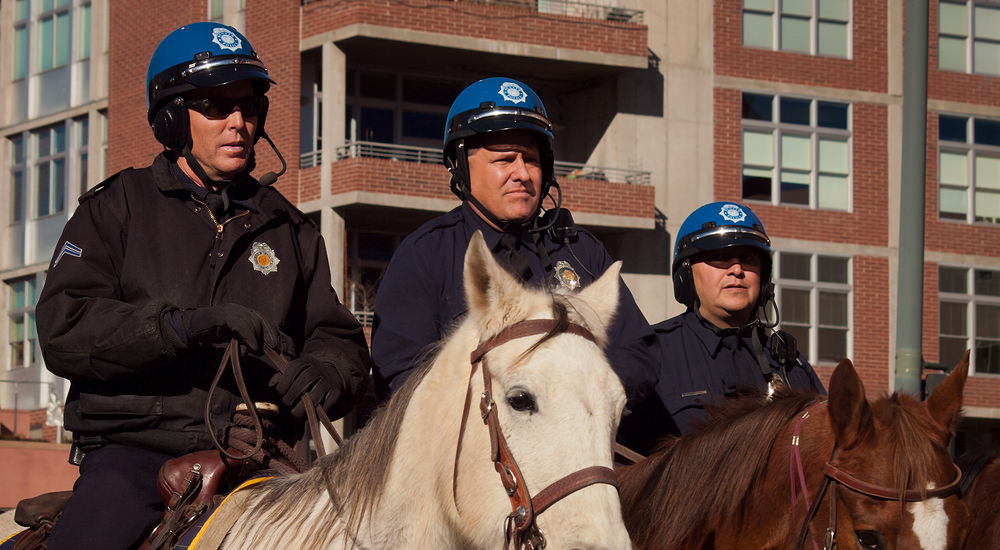 If you needed another example of the need for Donald Trump to “empty the swamp”, on Tuesday the Department of In-Justice provided it. In an unprecedented, blatantly absurd, and borderline treasonous decision, the Department of Justice fined the Denver police department $10,000 for “not hiring immigrants”. As reported by Fox News here, the Blaze here, and the Denver Post here, this latest national embarrassment is the final nail in the Obama-led Department of Justice that has done more damage to this country than any other agency during the Obama regime.
As the story goes, the Denver Police Department (the Sheriff’s office specifically), created a hiring campaign last year to hire hundreds of deputies to cut millions in unnecessary overtime expenses. Thank you Boys in Blue in Denver for keeping us safe while protecting the taxpayer’s dollar – you are truly a testament to your profession. By the spring of 2016, the Denver Police Department had hired over 200 deputies and established a solid backbone of law and order in Denver for the foreseeable future.

“In a summary of the settlement on its website, the Justice Department said that in insisting on citizenship, the Denver Sheriff’s Department violated an anti-discrimination provision in the Immigration and Nationality Act (INA) that forbids employers from hiring only U.S. citizens except in cases where it is mandated ‘by law, regulation, executive order or government contract’.”

The entirety of the Department of Justice statement can be found here. You can save yourself the time – it says, as a paraphrase, “We’re fining you 10,000 for hiring Americans as police officers.”

The Justice Department further argued anyone should be able to work for the department with the necessary skills, whether that be a resident who has not naturalized or someone on a temporary visa. In it’s statement attempting to justify their finding, Department of Justice Head of the Civil Rights Division, Vanita Gupta, said: “We commend the Denver Sheriff Department for its cooperation and commitment to removing unnecessary and unlawful employment barriers. Eliminating this unlawful citizenship requirement will help ensure that the Denver Sheriff Department hires the best and most qualified individuals to protect and serve. The entire community will benefit from these reforms.”

Well let me tell you Ms. Gupta, the only thing that is unnecessary and unlawful is the Boys in Blue being subjected to your hardly veiled attempts to water-down this country’s law enforcement departments. This is the latest in a long line of Barack Obama’s administrative actions specifically targeting, undermining, and inhibiting police departments around this country from doing their jobs – keeping the American citizen safe.

If you needed further proof that the DOJ needs to be entirely gutted, look no further. This is the latest example of the Obama administration not celebrating it’s everyday heroes in blue and instead criminalizing them in the exact same way Black Lives Matters demonizes them.

Men and Women of the Denver Police Department: We, the American people, salute you, celebrate you, and thank you for your service, for your protection of our community, and for your dedication to doing it in a way that is financially responsible.