If Hillary Goes Out then Biden / Warren will Come In 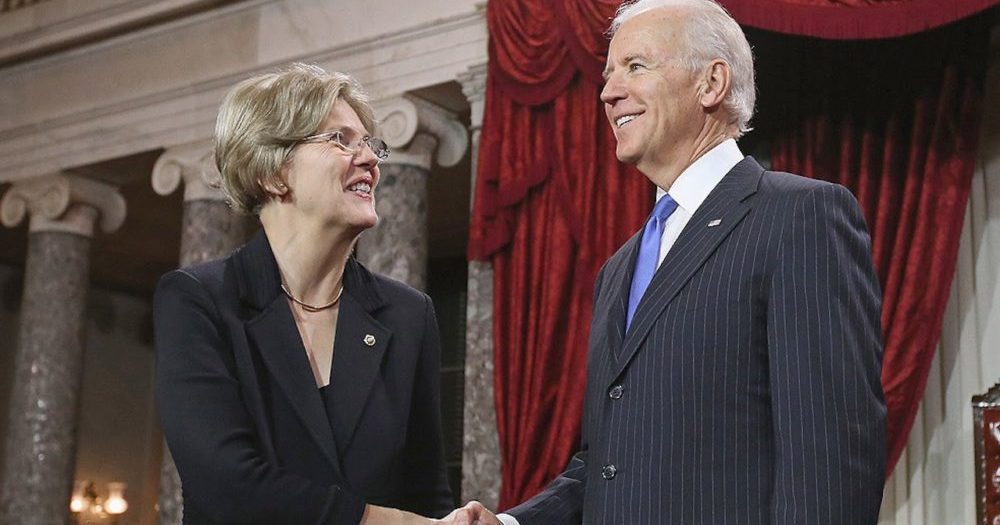 Republicans should be careful what they wish for! When you wish for the destruction of Hillary Clinton as a candidate, and you get your wish — you likely will regret it.

Who doubts President Obama is in firm control of the Democrat Party? With that said, if he becomes convinced Hillary Clinton cannot win the election even without an indictment, he will take action.

The action he will take will to be to call Loretta Lynch at the Attorney General’s office and tell her to indict Hillary. He then goes to Hillary and tells her she will be spending her last days in the Big House instead of the White House unless she cooperates with him. That cooperation has her surrendering all her delegates over to Joe Biden and she exits stage left. Joe makes a deal with Sen. Eliz Warren to be his VP promising to stay only 3.5 years as President, then resign due to illness of some sort. Warren then becomes President Elizabeth Warren and runs as an incumbent in 2020.

Hillary will go along because Obama promises to pardon her in advance before leaving office of any and all possible “unattended infractions of onerous and outdated classification rules” and both Joe and Liz Warren go along because they ravenously hunger to be President.

The Donald could whip Hillary with ease as Democrat women desert her in droves because even they will appreciate Trump’s brash honesty, even though it may at times be abhorrent to them, over her devious use of the only trump card she has to play–that being the “woman card.” Plus they know that “Crooked Hillary” is really and truly crooked as a snake — just giving a half inspection of the Clinton Foundation during her Sec. of State tenure proves she is a crook selling influence to the highest bidder.

But Biden and Warren on the Democrat ticket could prove very problematical for the Republicans. Joe is known to be a stumble-bum who often turns on his mouth before engaging his brain–but the women and Bernie Sanders’ millennial progressives will flock to Warren and Biden when the Bern also leaves the stage after Obama decides who will replace Hillary.

So, I repeat–Republicans, be very careful what you wish for!