Virtuous Hands with a Gun 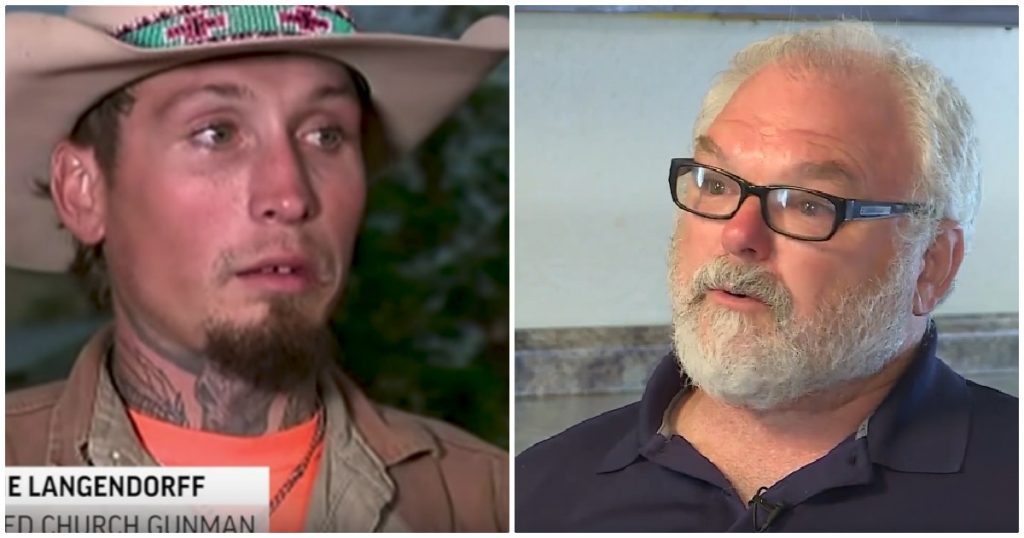 “What actually stops an evil psychopath is what we saw on Sunday—a good guy with a gun.” – Jordan Stein, spokesman, Gun Owners of America

Would the massacre have happened if the congregation of the First Baptist Church in Sutherland Springs, Texas had clung as tightly to guns as their Bibles? On Sunday, in a bizarre echo of Sayfullo Saipov’s Halloween rampage in New York, suspect Devin Patrick Kelley, 26, brought death into a house of worship. Like some villain straight out of the slasher flick “Scream,” he was outfitted in black body armor and a skull mask. Within this sacred space, this Grim Reaper killed 26 innocents and wounded 20. Thirty miles east of San Antonio, in the worst mass shooting in Texas history: about 4% of the town’s population (reported as 683) were slain.

Since time immemorial, that’s what civilized people call acts of evil. Ultimately, Mr. Kelley’s true problem was his homicidal impulses—expressed as externalized rage. Therefore, holding responsible the inanimate object, that was his tool of choice, is a simplistic response. So too is blaming the law that criminals habitually disregard as somehow “insufficient”. In that vein is the imperfect background check that inadvertently allowed Mr. Kelley access to the firearm he utilized (read: The Air Force failed to provide the FBI with the shooter’s criminal history). And despite this unfortunate bureaucratic blunder, where does individual accountability factor into this latest bloodbath?

In reality, almost anything physically imposing can be used as a weapon. For example, just last week in New York a zealot screaming “Allahu akbar” misappropriated a rental truck killing 8 and injuring 12. Likewise, at a white nationalist rally in Charlottesville, South Carolina on August 12, a third unhinged miscreant, James Alex Fields Jr., killed local protester Heather Heyer, 32, and injured 19 others with his Dodge Challenger. If guns are truly the systemic “problem” here—as gun control advocates repeatedly parrot—why does Chicago persist as an annual killing field despite the strictest gun laws in the nation? And why aren’t these same critics ignoring the unfettered freedom to buy cars, and rent trucks? After all, don’t all of the above potentially serve an evildoer’s murderous design?

As the 18th century philosophical father of modern conservatism, Edmund Burke famously remarked, “The only thing necessary for the triumph of evil is for good men to do nothing.” To that end, a good Samaritan interceded on Sunday in Sutherland Springs. That small town hero gaining national attention is Stephen Willeford, 55. Synchonistically, he’s a former National Rifle Association instructor who confronted the attacker, wounding him twice (in his Velcro covered side despite protective plating). As light dispels darkness, Mr. Willeford repealed villainy despite his fear, and the inherent danger. As he told local affiliate 40/29 News in Fort Smith-Fayetteville:

“I think my God, my Lord protected me and gave me the skills to do what needed to be done, and I just wish I could have gotten there faster.”

In this regard, mere mortals beg to differ. This faithful defender got to the scene so quickly he arrived barefoot. Alerted by his daughter of the sounds of a firearm discharging, Mr. Willeford removed his own rifle from its safe, loaded a magazine, and ran across the street to the church. Standing behind a pickup truck for cover, he exchanged gunfire with the escaping interloper. He even shot through the open driver’s side window of Mr. Kelley’s fleeing Ford Expedition SUV. At a stop sign, Mr. Willeford then flagged down a 27-year-old motorist, Johnnie Langendorff, and a high-speed highway chase ensued. En route the younger man called 911. Eventually, their pickup caught up to the gunman’s SUV. Apparently, the assailant started driving erratically. He pulled over to the side, seeming to slow down, then accelerated again until he hit a road sign, lost control and flipped his truck which landed in a ditch. Mr. Langendorff pulled over, and ducked down. Meanwhile, his heroic companion exited the vehicle, planting his rifle on top of the pickup’s hood. Keeping a look out, Mr. Willeford yelled for his adversary to get out of his truck, but all remained still. When law enforcement arrived on the scene, they confirmed that Devin Kelley had committed suicide by shooting himself in the head.

Separated by time, specific circumstances and geography is the fact that guns in legal and responsible hands actually preserve life. This is also true of another hero, New York police officer Ryan Nash, who subdued Islamic terrorist Sayfullo Saipov; and Charlottesville police who subsequently apprehended suspect James Fields. Indeed, the loss of life is a terrible tragedy—particularly in situations initiated by the radicalized. For resolution, what demands society’s focus is the discounted evildoer himself, not the distraction of his method. Philosophically to blame a criminal’s firearm is equivalent to condemning the car or the truck rather than its driver. It’s a false premise that misses the crux of the issue. Such intentional naivety actually endangers the public. These days, in diverse gathering places like First Baptist Church or Sandy Hook Elementary School, what’s become more unsafe than a gun-free zone?