Update on Elephant Who Cried After Rescue 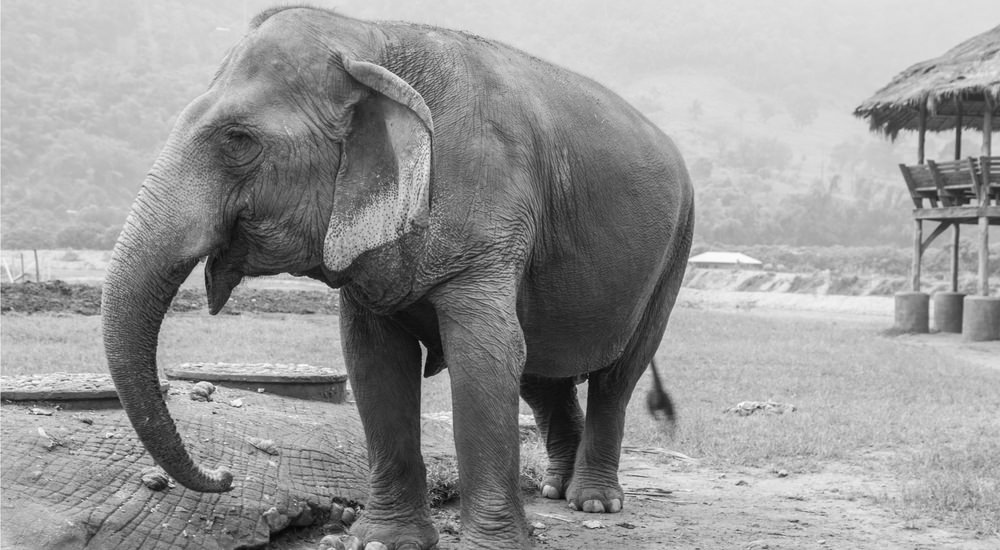 NEW DELHI, INDIA 2/18/17–The story of Raju the Elephant who cried real tears of gratitude during his rescue after 50 years of cruel abuse has a happy ending. He has almost completely recovered after several months at the Wild Life SOS Elephant Conservation and Care Center in India.

We asked if the abuser has been charged or arrested. As you can see by this update just received from the Compound, the government there has not yet taken action against the perpetrators of the totally inhuman treatment of this magnificent creature.
Meanwhile, we are pushing to get a petition started to demand that arrests be made with proper punishment following.
Here is the original story of Raju with photos: http://www.renewamerica.com/columns/miles/170215. This is the toughest story this columnist has ever written. How could anyone do something like this? One thing for sure such cruelty can only come from savages not humans.
Below is the message just received which certainly brightened our day as it will yours:

Greetings from the Wildlife SOS family!

We would like to take this moment to thank you for the wonderful article on our beloved pachyderm Raju.
Here’s a little update on Raju for you 🙂
The veterinarians at the Elephant Conservation and Care Centre report that Raju’s treatment has progressed leaps and bounds since he first arrived at the centre and was entrusted into their care. Although initial progress seemed painfully slow,
Raju is now a far cry from the elephant he used to be, walking around comfortably and engaging in trunk tussles with another bull elephant, Mac, even though there is a nearly 30 year age difference between the two. Raju’s gait is no longer abnormal, as his hip and shoulder abscesses have all but healed, thanks to the regular draining and disinfecting process that the veterinarians prescribed.
A huge part of Raju’s recovery has also been thanks to the target training sessions we have introduced into our elephants’ routines. Since the process is based on positive reinforcement, Raju gets lots of love, appreciation and peanuts – all of which have resulted in a calmer and much more cheerful elephant!
Raju is an absolute delight to be around, and his calm and patient aura reinforces the idea that he is an exceptionally special bull elephant.

As for Raju’s former owners, the matter is on-going and we are waiting for the government to take action against the accused.

Should you have any queries regarding the same, please don’t hesitate to contact us.

Thank you so much for your concern once again. People like you make this world a better place for the animals!