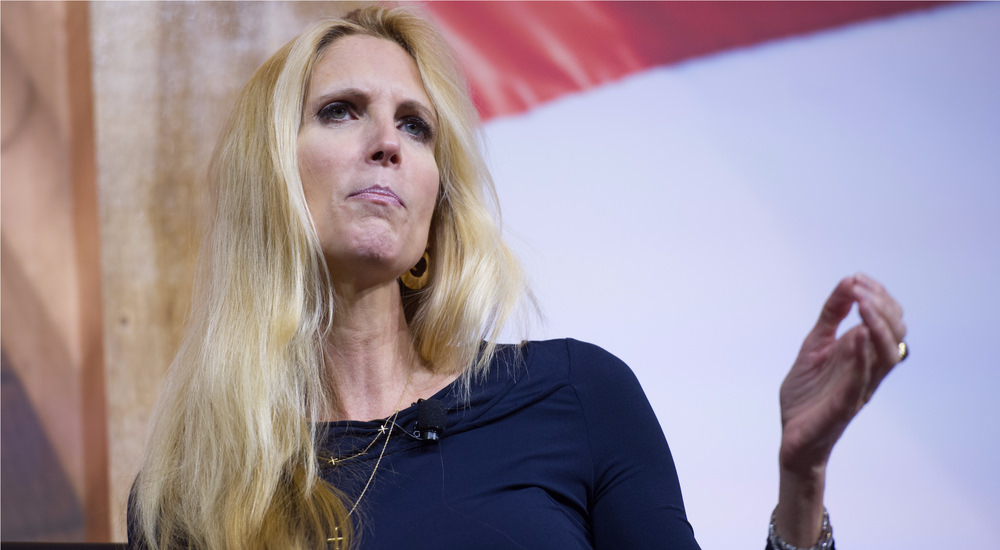 On a university campus that claims to welcome free speech and has become a magnet for liberal political activism of late, University of California at Berkeley has banned conservative author Ann Coulter from an event they had originally requested she keynote. The students who had organized the event in hopes of balancing the political discourse on campus, the Young America’s Foundation, were told yesterday by university officials of the ban. In a release issued by the Young Americans, the organization spoke to the amount of time and work put into getting Coulter onto campus:

“Young America’s Foundation, BridgeCal and Berkeley College Republicans have been working together to produce a lecture at UC-Berkeley on April 27, 2017, by Ann Coulter, a twelve-time bestselling author, whose book, ‘Adios, America!’ – a No. 2 New York Times bestseller — is widely credited with shaping President Donald Trump’s immigration views,” wrote Young America’s Foundation in a press release on Wednesday. “The topic of her speech was immigration.”

“UC-Berkeley, a publicly-funded university, first imposed a series of ridiculous requirements on the speech allegedly in the name of ‘safety.’ Coulter, we were informed, would be required to deliver her speech in the afternoon; only students would be allowed to attend; and the speech location would not be announced until close to the event,” they said. “Against our advice, Coulter agreed to all these requirements. In return, she requested two measures, which actually had something to do with safety:

1) That the University of California chancellor request that the Oakland chief of police refrain from telling his men to stand down and ignore law-breaking by rioters attempting to shut down conservative speakers, as he has done in the past; and

2) That UC-Berkeley announce in advance that any students engaging in violence, mayhem or heckling to prevent an invited speaker from speaking would be expelled.As Coulter explained, “If Berkeley wants to have free speech, it can have it. The university’s response was to ban her speech.

This is as clear-cut a case as it gets that public universities are using taxpayer dollars to shut down conservative speech, while allowing liberal speech only,” Young America’s Foundation continued. “UC-Berkeley has for example, welcomed the corrupt former President of Mexico, Vicente Fox, who has cursed at and mocked Donald Trump, currently the President of the United States. The university, and U-C chancellor Janet Napolitano personally, have revealed themselves to be using taxpayer money for an unconstitutional purpose. Even after Coulter went along with their ruses and guises to shut down her speech, they simply announced, like Kim Jung Un, that it was cancelled.

“We have no intention of acceding to these unconstitutional acts,” the organization opined. “The Ann Coulter lecture sponsored by Young America’s Foundation will go forward.”

This isn’t the first time in the last 10 days Berkeley has banned conservative free speech while inciting liberal values. The founder of the conservative David Horowitz Freedom Center, David Horowitz, was also recently banned from campus and not allowed to speak on campus. His response seems like an apt description of both Berkeley’s recent decisions and of the climate at most universities in America: “they’ve taken a page out of Orwell”.