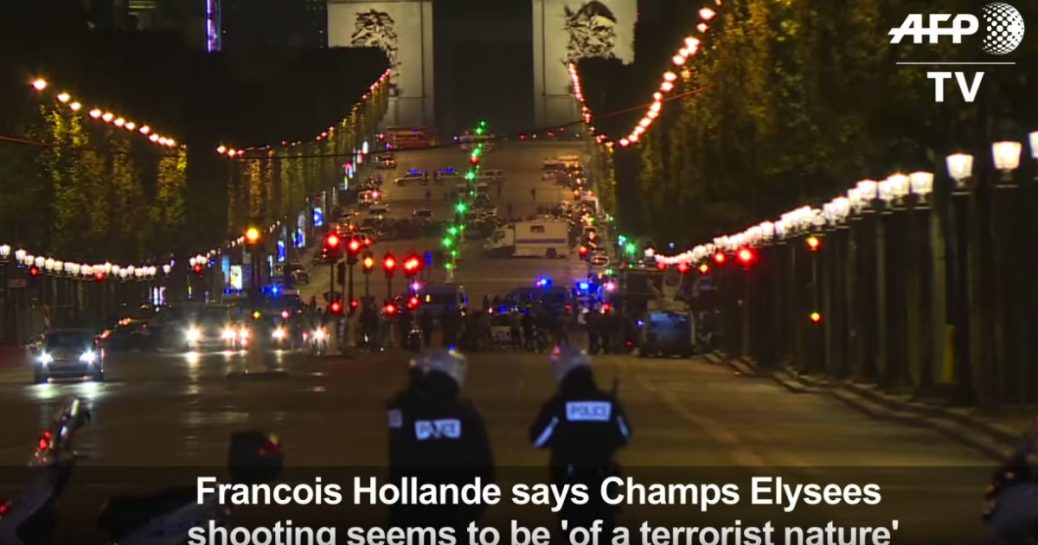 Late Thursday night Muslim terrorists once again attacked the “City of Lights,” wreaking havoc on the people of Paris.

A police officer was killed and at least two other people were wounded when a Muslim terrorist opened fire on the Champs-Élysées‬‬ in Paris.

The Daily Caller reports that ISIS has claimed responsibility for the attack.

The Islamic State claimed responsibility for Thursday’s attack, which killed an officer and injured another. The terror group has previously urged its French supporters to attack police and soldiers as they consider them representatives of the state.

It was the 8th Muslim terrorist attack specifically aimed at French law enforcement (either police or soldiers guarding the streets) since December of 2014. 8 attacks in less than 2 1/2 years!

President Trump was holding a joint press conference with the Prime Minister of Italy when he was asked about the attack by reporters.

“First of all, our condolences to the people of France. It’s happening. I saw it as I was walking in. So that’s a terrible thing. It’s a very, very terrible thing that’s going on in the world today. But it looks like another terrorist attack. What can you say? It just never ends. We have to be strong and we have to be vigilant and I’ve been saying it for a long time,” Trump told the gathered press.

French President Francois Hollande said that the French authorities were on high alert, particularly as the nation prepared for their upcoming elections.