Trump U.N. Speech Will Not Soon be Forgotten 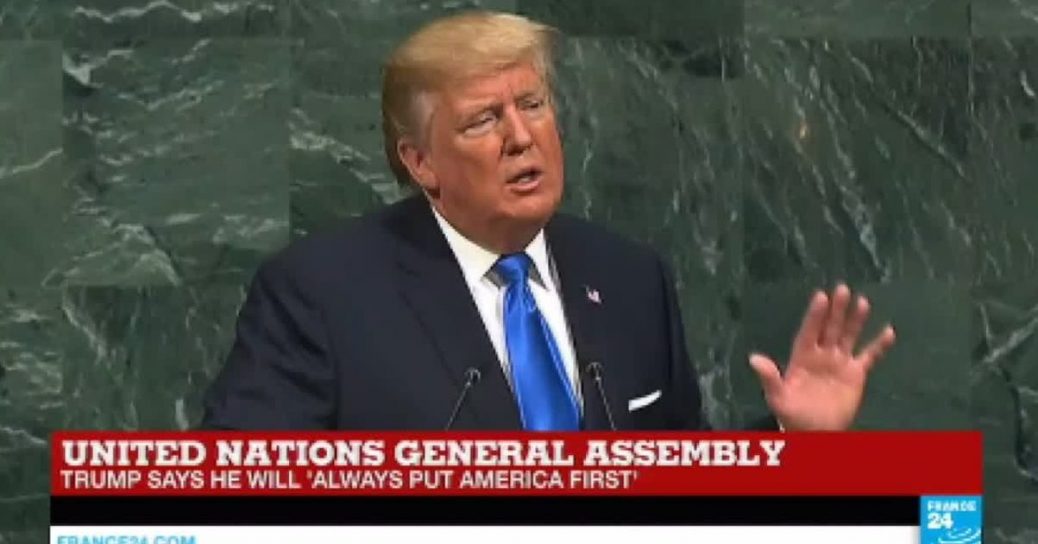 The Trump speech at the United Nations was a walk-off grand slam home-run. And I don’t even like baseball. I thought I was watching Big Papi!

But enough already. I feel like a darn Yo-Yo – or maybe Michael Corleone, from the Godfather 3. “Just when I thought I was out, they pull me back in.”

No, I’m not talking about the Mafia. I’m referring to my support of President Trump.

I’ve said at least a few times that I’ve developed shin splints as a result of jumping off and back on the Trump bandwagon. He’ll do or say something positive or constructive for the nation, and then follow it up a day or two later with something dopey – or vice versa.

This time around, he did something dopey, i.e., meeting with Schumer and Pelosi. I don’t care how clever you think Trump is – you don’t make deals with the devil(s) – nor do you even agree to meet with them. You don’t lend those two any legitimacy of any kind – ever. For his dalliance with the two democrats, I said I had one foot on and one off the Trump bandwagon.

Then he turns around and gives a speech for the ages at the United Nations – one that should swell the hearts of Americans who are sick and tired of the United States kowtowing to the despots and dictators who populate the U.N.

In one speech, Trump has put this collection or ne’er-do-wells on notice. America is open to working with almost anyone, but rest assured we will take a back seat to no one. As Trump put it: “As President of the United States, I will always put America first.”

This is quite a U-turn from his predecessor, Obama, who specialized in leading from behind and was willing to take a back seat to any tinhorn tyrant. It was also far too jingoistic for the sensibilities of leftists.

The reaction from the left was what you might expect. It was summed up, however “diplomatically,” by Colombian journalist, Veronica Figueroa. She said his “speech was very tough, and he was very harsh with many countries that were sitting right there.” GOOD! It’s about time these uppity diplomats got a taste of reality.

She added that, “He strikes me as someone who is very self-centered – the fact that he mentioned America first and that every country should fight for their sovereignty and we should respect laws and borders. Not very united – which is funny because we’re in the United Nations.” Actually lady – you’re in the United States – in a building owned, operated and majority funded by the people you regularly belittle – the American taxpayer.

I found myself chuckling out loud as I was transcribing her little assessment. Her thinking epitomizes the position of our former leader and the entirety of worldwide left – at least those of the West.

How dare he insist that we should respect laws and borders. Ask most Europeans just how much they like their borderless nations. I’ll bet they’ll sound a lot like Trump.

And saying that as president he will “always put America first,” is somehow self-centered? Really? Of course, I wouldn’t expect the various warlords represented at the U.N., who’s Constitutions are hand written on the back of a blood-stained napkin, to understand our Constitution.

The President of the United States is bound by our founding documents to “always put America first.” But that goes back to whole respecting law thing Ms. Figueroa found so distasteful.

And for Trump’s calling out of the “Rocket Man,” Kim Jong-Un – double good! Kim is not deserving of any respect, and like all terrorists, only understands the language of strength. Ditto for Iran.

Our leaders have for too long allowed America to be pushed around by the cry-bullies (h/t – CR) at the U.N. Bully for Trump for unapologetically giving them all what has been long overdue. And their level of agitation and angst just proves the effectiveness of the speech.