If Trump Loses There’s Only One Person to Blame 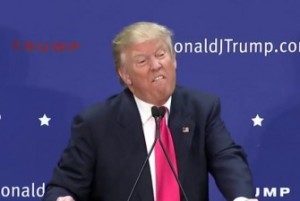 Yesterday, Rush Limbaugh used what I think was his entire program to make a last ditch case for Donald Trump.

He stated that in the past, as the election nears, even leftist pollsters would begin cleaning up their act, to more accurately reflect the reality of elections. I agree with this. I too have said this.

Early on in the general election cycle, liberal polls consistently over sample to make it appear that the democrat is leading, in an attempt to influence voters. As the election closes in, the polls tighten to reflect reality. This is done so that polling companies can maintain a record of accuracy that they can point to later to solicit business.

However, Rush says it isn’t happening this time around  – that polls are still insisting that Hillary is maintaining a lead and will likely win.

Rush says: “My point is I think the polls are still being used as weapons and that’s a departure from my previously stated theories and beliefs. And I finally asked myself, I mean, if we don’t trust the news every day from these people, why would we trust their polls?”

He added that, “the purpose of all of this today in the Drive-By Media is to try to convince you it’s over. The objective is to dampen down Trump support and turnout at the polls. So much of this election has not gone the way the Hillary camp projected or wants it to go.”

I don’t doubt for a minute that the press is doing everything they can to drive down enthusiasm for the Trumpster. They too know what a hopelessly pathetic candidate Hillary is and she needs all the help she can get.

I don’t know if Rush is right as far as polling goes – only the next 12 hours or so will determine this, but he did make a good point. He says that if Hillary has indeed wrapped things up already, why is she hitting the campaign trail so hard – and on the last day – even late into the evening? She headed to states, as Rush says, she was supposed to have locked up. You don’t waste time and energy on sure things. Again – I agree.

Then he departs from this to speak of what many on the right have been bemoaning for months.

“You can read the Never Trumpers, you can read Republicans that don’t like Trump, and you can hear them say that if John Kasich were on the ballot he would be leading Hillary by ten points. There literally is no evidence for this, but it’s out there. Or they’ll say if Jeb Bush were on the ballot or anybody but Trump. Hillary is such a bad candidate, they say. She’s so awful. She doesn’t have any believability. She has high negatives. Any serious candidate would be beating her by 10,” Rush states.

This gets down to the crux of what is wrong with Trump – to why Trump is not beating Hillary by a mile, and why Rush’s argument is disingenuous – in my opinion – purposely so. Rush chooses arguably two of most establishment candidates who were on the ballot to make his point. Two who had no chance of locking up the conservative base, or ever attracting the pro-Trump crowd. Neither of these two would be doing any better than Trump.

Yet not once did he mention Cruz or Rubio. Yes, they were unable to win the day during the primaries, but put either of them in this current situation and they would be running away with it. And why?

It comes down to Trump himself. Many people might otherwise vote for him, but they can’t get beyond the social or cultural persona that he is a womanizing, foul mouthed jerk. These are the high negative ratings we see – even higher than Hillary, who, to everyone but the FBI, is a criminal. For Trump, it’s not policy, it’s strictly personality.

Right or wrong, there are a lot of people who will excuse Hillary’s many legal issues – mainly because it takes a little work and attention span to get the story. But Trump is easy. People may simply turn on their TVs, or view a video on their phones to be completely disgusted with him. They won’t care about his or her policies – just that Trump disgusts them.

You could not say the same of Cruz or Rubio. You won’t find audio or video evidence of them doing and saying the things that Trump has said and purported to have done. By having the persona of a dirtbag, Trump has made it possible for someone as corrupt as Hillary to even be competitive, much less win.

Trump may still pull this off, but if he goes down in flames, he can only blame himself. He will blame the system and what-not, but this one, should he lose, is all on him.