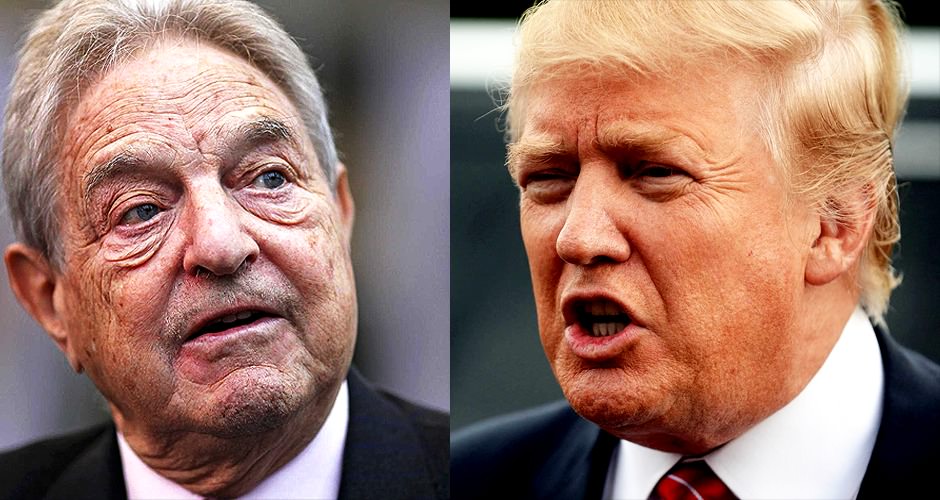 Attorneys and lobbyists funded by ex-Nazi and current liberal man-behind-the-curtain George Soros filed a lawsuit late on Saturday night to block President Trump’s defense of the American people. The executive order at issue, which temporarily banned immigration into the United States from 7 Middle Eastern countries, was put in place by President Trump on Friday as he made good on a campaign promise to protect the American people from any and all enemies.

The New York Times first broke the story of Soros’s groups attempts to maintain the open borders style policies put in place by Barack Obama and his America-hating allies.

“At least one case quickly prompted a legal challenge as lawyers representing two Iraqi refugees held at Kennedy International Airport in New York filed a motion early Saturday seeking to have their clients released. They also filed a motion for class certification, in an effort to represent all refugees and other immigrants who they said were being unlawfully detained at ports of entry.”

The suit was filed by the International Refugee Assistance Project, The Jerome N. Frank Legal Services Organization at Yale Law School, The American Civil Liberties Union (ACLU) and the International Refugee Assistance Project – all six organizations have been funded by George Soros either through personal funding or through Open Society Foundation grants. The Open Society Foundation is owned and operated by George Soros.

Soros’s use of billions of dollars to finance Open Borders policies is well-documented. This is is his latest attempt to destroy American borders. As reported by the New York Times:

“A vital part of the expansion of more liberal border policies has involved money: major donations from some of the nation’s wealthiest liberal foundations, including the Ford Foundation, the Carnegie Corporation of New York, the Open Society Foundations of the financier George Soros, and the Atlantic Philanthropies. Over the past decade those donors have invested more than $300 million in immigrant organizations, including many fighting for a pathway to citizenship for immigrants here illegally.

This legal battle and protests at national airports are the first in George Soros’s open attacks on President Trump and his attempts to Make America Great Again. There’s nothing a liberal hates more than power being taken from their dirty, freedom-hating hands. President Trump should be supported and prayed for as he fights the evil men who have held this country hostage for the last 8 years.