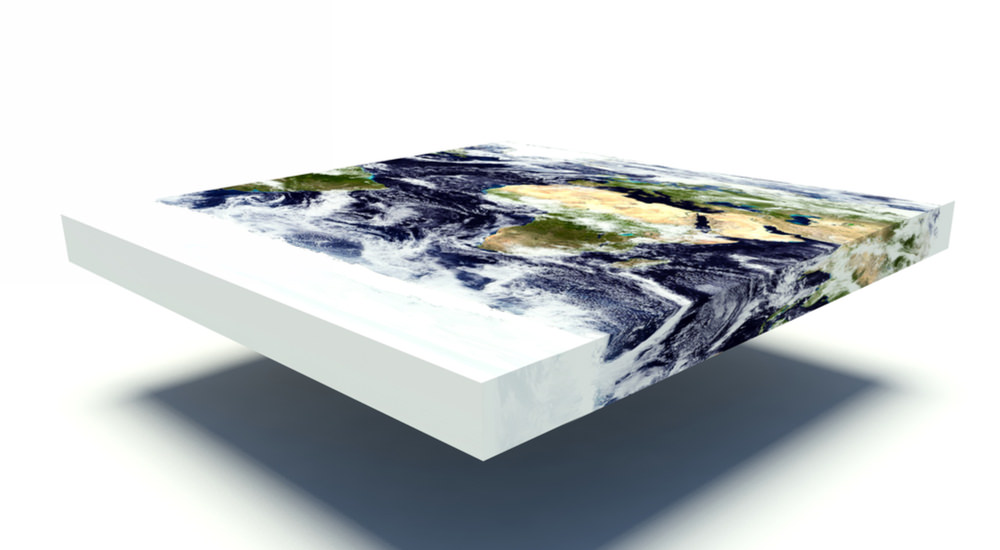 This week has been a tumultuous one of protest and marches, large, sometimes boisterous and bizarre, sometimes dignified and stately. We have seen an enormous swath of Americans and what they represent, through the signage they proudly carried (or in some cases, wrote on themselves) and shouted out to the world, or by the color of their hats and headgear.

What became abundantly clear in this week’s marches of Left versus the Rest of Us is this: Liberals and the Left have become the new Flat-Earth/Science deniers.

This expression has long been bandied about by the Radical Left, as the ultimate put-down for anyone that disagreed with their agenda: people that are skeptical of Climate Change, others that question Evolution and other theories of our origins, and any other person that somehow or another may have voiced opposition to their strictly held radical belief system.

But, this week has proved one thing: the Left refuses to accept science when it comes to peering into the womb at the developing human. Of all issues scientific, the issue of our humanity and human development is the most easy to prove among all subjects. After all, modern science now gives us the tools to intimately observe human development from conception to birth.

Yet, the Left staunchly refuses to accept the scientific information that is now readily available to us all: babies are human from the moment of their conception, and do not “magically” change into humans upon birth. The Left still clings to their prehistoric or shall we say, “pre-sonographic” and outdated lies that the developing infant is “a blob of cells”, somehow doesn’t feel pain, or even if you can squeeze them into admitting either of these two lies is false, they insist that a mother’s convenience somehow trumps another human being’s right to be alive.

They refuse to acknowledge that if we were to strip away all social and societal constraints and norms, and just look at the pregnancy situation from a purely scientific perspective, we know the unborn is a human. It has a heartbeat at five weeks’ gestation. It has its own DNA and circulatory system. It is not an “appendage” or a tumor. Therefore, it is not the Mother’s body. And, there is no such thing as “forced birthing”– it is not a scientific term, nor is it even a term we recognize within the constraints of our society.

With the advent of advanced birth control, including the notorious RU486 (the “Morning After” pill), there is every means to control pregnancy, even in the case of a brutality like a sexual assault. So, the theory of a delusional “aggression” against women by forcing them to be barefoot and pregnant also flies out the window of debunked social science. It just is not real.

The “clump of cells” lie that keeps getting regurgitated is the silliest fantasy that keeps being brought up (with a straight face) as “science”, as if the rest of the general public has never seen a sonogram, or any other form of imaging/prenatal test that clearly shows the developing human. The ridiculousness of their argument can be summed by very briefly: We are ALL technically just a “clump of cells” — why are your rights, as a clump of cells, more important than the rights of a completely innocent human being or smaller clump of cells? So, it’s all about “bigger” being better? The bigger person gets to bully the smaller one? For people who are always decrying bullying, this is terribly hypocritical way for them to present their nonsensical argument. How unoriginal and crude.

To deny the humanity of the unborn is so incredible, it borders on ludicrous. We KNOW they are humans. After all, when did you ever see a woman give birth to a horse, or a dolphin? The problem with the Left is how they are continually cherry-picking which subjects they will rabidly defend “science” on, and when they are truly confronted with non-negotiable science, will deny it with the same insane idiocy and persistence, if it goes against their worldview. The cognitive dissonance involved is disconcerting to sane and rational people who are just looking to rightfully preserve the rights of innocent human beings.

Their misguided philanthropy extends beyond encouraging women the that it is right and moral and acceptable to destroy their children in infancy–they seem bent on reducing all weaker people to nonhuman status, such as severely disabled, terminally ill, or elderly. The March for Life covered all sectors of this issue, in one blanket ideology: All human life, no matter how small, how infirm, or how weak and elderly, is precious and worthy of rights and protections, against predators that would seek to destroy them out of convenience.

This rabid Anti Life Leftist dogma is not only immediately destructive to the innocent who are targeted, it inflicts immense harm in collateral damage to all the people involved in these acts of destruction: women, men, children. It touches every corner and aspect of who we are, both personally, and as a culture.

Science shows us that we are human from conception to the grave, and no amount of science denying or carrying vulgar, neon signs, will change that. It is time that Liberals actually updated their catalog of medieval mythologies when it concerns science, and join the rest of civilization in the 21st century.