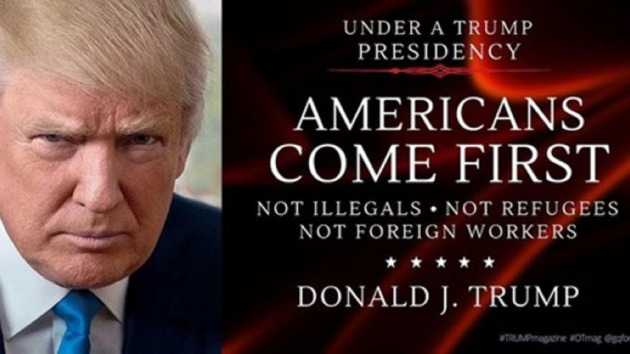 In an executive order signed late on Friday evening, President Trump immediately restricted immigration to the United States from seven Muslim-majority countries: Iraq, Libya, Somalia, Sudan, Syria, Yemen, and Iran. The executive order, named “Protecting the Nation from Terrorist Attacks by Foreign Nationals” President Trump is making good on yet another campaign promise – this one to protect the lives of every American inside the borders of this country. It would suspend the issuance of visas for at least 30 days to most people in the Muslim countries while the new administration installs immigration procedures and processes that do something besides opening our doors and asking to be attacked – otherwise known as Barack Obama’s immigration policy.

“In order to protect Americans, we must ensure that those admitted to this country do not bear hostile attitudes toward our country and its founding principles,” the executive order says.

All seven countries are justifiably seen as hostile to the Trump administration given their grounding in fundamentalist Islam and it’s hate for Christians and the American West. Interestingly, all seven are also countries who have housed or protected terrorists involved in attacks on the United States and it’s allies. Liberals and those who hate America, and most of the time it’s hard to tell the difference, will immediately cry for “equity” and that we should be one big happy family – a nation of open borders, a nation that doesn’t protect it’s citizens but does protect everyone else’s. To those liberals, and to Barack Obama, President Trump has sent a clear and loud message: America first. Not Muslims first. Not Christians first. Not Middle Easterners first. America first.

The first week of the Trump presidency has been full of victories for the American people, none larger than tonight’s drawing of the American drawbridge to protect a nation President Obama was hell-bent on destroying.