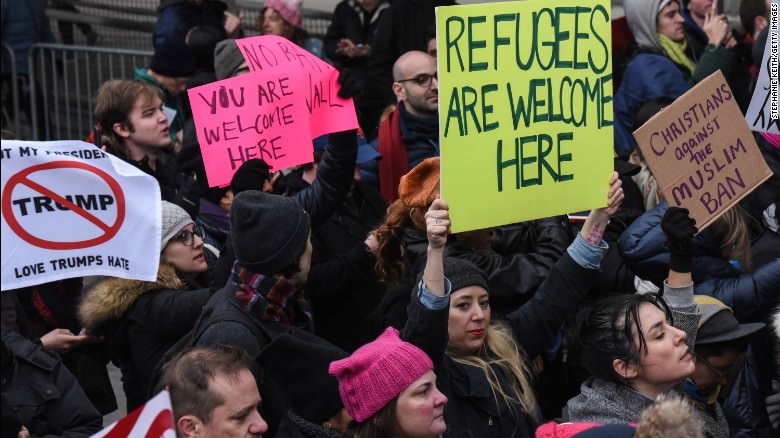 As George Soros funded groups attack America in court over President Trump’s executive order protecting Americans from foreign threats, the left has mobilized in force across the country. Protests and riots have been organized in major airports in the United States on Saturday evening including New York’s JFK, Los Angeles’s LAX, Chicago’s O’Hare, and various smaller national airports. As reported by Breitbart:

“The Council on American-Islamic Relations, aka CAIR, has helped launch a series of protests across the country and plans lawsuits related to President Trump’s recent executive orders on immigration. CAIR has been declared a terrorist organization by the United Arab Emirates and was named by federal prosecutors as an unindicted co-conspirator in a Hamas-funding operation. is also increasingly a part of America’s institutional left infrastructure and was one of the partners behind the recent Women’s March in Washington that drew hundreds of thousands, along with feminist groups like Planned Parenthood.”

Fellow Americans, battle lines have been drawn – this country and our President is under attack by the liberal power structure that has been living in the White House for the last eight years. The left has now made it abundantly clear – any and all future terrorist attacks on this country have been welcomed, encouraged, and aided by each and every one of the organizations and individuals involved in the attack of the defense of this country put in place by President Trump’s executive order.

Protests in New York have gotten violent at times and can be seen here:

Protests at Los Angeles’s LAX have been joined by Democratic Congressman Nanette Barragan and Judy Chu:

Dozens in Dallas can be seen with signs saying “Open borders” and “Welcome to All Muslims”:

IMAGE: Protests at airports across the United States pic.twitter.com/7OEqC9HtaT