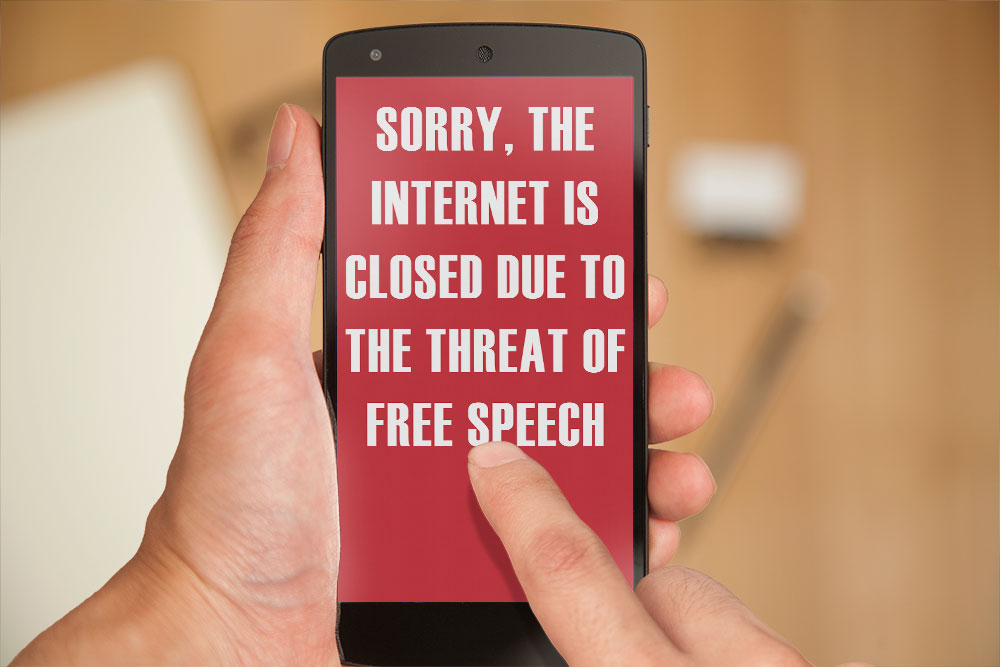 There are a lot of very upset people on the net these days. Who could blame them really. Seems like no matter what social platform you use these days, Facebook, Twitter, everything Google, it’s all just one nightmare of censorship and mass opinion grooming. Across the board among America’s largest social media sites conservatives are getting the heave ho and by all accounts it sounds like the end of the world. The real question is, the end of the world for who?

What Facebook and Twitter and Google (YouTube) and others are doing is shooting their own feet off despite themselves. I actually find it difficult to believe that the movers and shakers of these companies went to college. They must have been taking women’s studies courses or something.

What do these Bozo’z and Bimbo’s think is going to happen here anyway? Do they really think that once they get rid of all the conservatives that their platforms will be bastions of leftist utopia? Making the net safe for easily triggered young adults desperately trying to extend their childhoods for as long as possible? One of the failings of leftists, despite their often psycho babble Ideologies is that they really don’t understand people in general. They understand how they want people to be they just don’t understand how people actually are.

The truth is once the conservatives are vaporized from these sites the leftists will abandon these platforms too. Why would they stay? Leftists aren’t trying to impress each other they are trying to impress conservatives of whatever. Those protests and marches are all for our benefit not theirs. Who will they call racist Nazi’s if there are no conservatives? You can only preach to the choir for so long.

I’ve already seen this beginning to happen at Minds.com. Minds was heavily pushed by several YouTube conservative celebrities and consequently when I started on Minds about a year ago everyone I ran into was either conservative or libertarian. That’s changed and I’ve noticed a significant increase in comments posted by obvious hippies. Now after all that effort to get conservative voices silenced why would liberals go to conservative friendly Minds leaving their internet safe spaces where they know their complaints will get ignored?

Facebook, Twitter and Google are literally committing suicide and it is probably a good thing. We don’t need to regulate the internet, internet users will do that just fine on their own.

Liberals want us, they need us, they can’t live without us and by removing us from their platforms mainstream social media will eventually turn themselves into ……. Yahoo. Like pied pipers well will lead the liberals out of platforms that disrespect us because liberals can’t thrive without our attention.

On a final note I’d like to know where Anonymous is. Shouldn’t they be reeking havoc on these social media platforms? As I recall their foundation was built on keeping the internet free of censorship. They had one job.