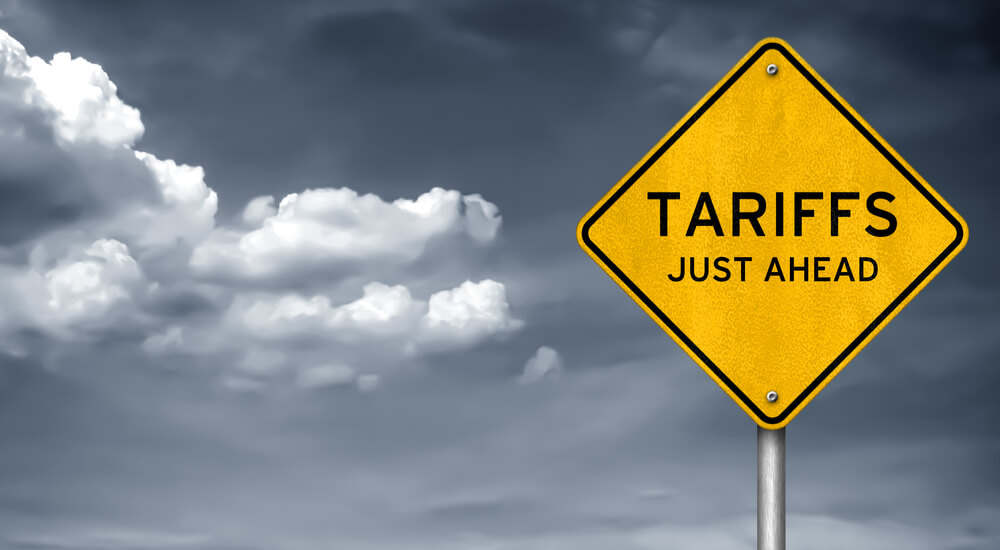 Here we are again – our government doing what they do best – picking winners and losers. President Trump has done a lot of good things for this nation thus far, but protectionist tariffs aren’t one of them.

All these were passed to benefit the Northern States at the expense of the South, and all were major contributing factors in the run-up to the Civil War. No, the Civil War was not just about slavery.

And then there was the infamous “Smoot-Hawley” tariff of 1930. It was named after its authors, Utah Senator Reed Smoot and Oregon Congressman Willis Hawley. The purpose was to support U.S. farmers who had been ravaged by the Dust Bowl.

By the time 1930 rolled around, practically every legislator had added protections to Smoot-Hawley for their states’ industries. The bill ended up with proposed tariffs on 20,000 individual imported goods. Does this sound eerily familiar to anyone? It’s why bills are thousands of pages long – to attempt to hide such things.

This time, instead of agriculture, our government has chosen the American Aluminum and Steel industries to be the temporary winners. Yay!

By enacting sizeable import tariffs on foreign materials, it’s what president Trump will be doing – artificially picking winners. And as usual, the unseen losers will be the American public’s pocketbook. And if history is any judge, possibly far worse.

Tariffs aren’t necessarily and inherently bad. But excessive ones are. And tariffs contrived as punishment for other nations’ supposed malfeasance most definitely are.

To the less informed American public, trade tariffs are advertised and sold as simply an attempt at leveling the playing field. We just want fair trade, they say. We’re tired of being taken advantage of at the expense of our own people, they add. And who can be against fair trade? No one of course.

This is how trade tariffs are billed – to level the playing field and help the good ole American worker – like the Unions, which we on right normally can’t stand and they can’t stand us.

What they don’t tell you is excessive and punishing tariffs never work and lead to disastrous consequences – like the Civil war, the Great Depression and World War II. Other than that, they’re great.

Tariffs are a tax on the American people. They will not punish China or other foreign countries. Excessive tariffs imposed for the wrong reasons are anti-American. They will punish the American consumer and the American worker. American manufacturers will now feel no need to innovate or become more competitive. We will all pay more for every product made of steel and aluminum. And these tariffs will once again mask the real problems plaguing these two industries – a still suffocating regulatory State, and stifling Union control. It’s like the democrats – always have to have a boogieman to fight against. The protectionist boogiemen du-jour is China.

And there’s the potential political fallout, should Trump begin to follow a more progressive path. The protectionist tendencies of another business magnate turned progressive Republican politician, Herbert Hoover, contributed to the election of Franklin Roosevelt, a massive big government progressive, and our second most damaging chief executive of all time. Numero Uno is still and will always be Woodrow Wilson. Hate that guy!

Trump does not want to venture down this path. If he does, he could be paving the way for someone worse than Obama. Some would say I’m full of crap, but the fact that history just keeps consistently and predictably repeating itself has no reflection on future events.

All were progressive, big government Republicans and all paved the way for radical leftist progressive democrats. The one who broke the mold was of course Ronald Reagan. His successor was George HW Bush, who lied and told us he would be the third term of Reagan – and we believed him.

But don’t worry. It won’t happen this time. There’s no way America will that mistake again.

Can we ever learn anything from our own history, or is it like communism, where they continue to insist that communism will work – it just needs the right leadership. Just wait – next time it will work great.