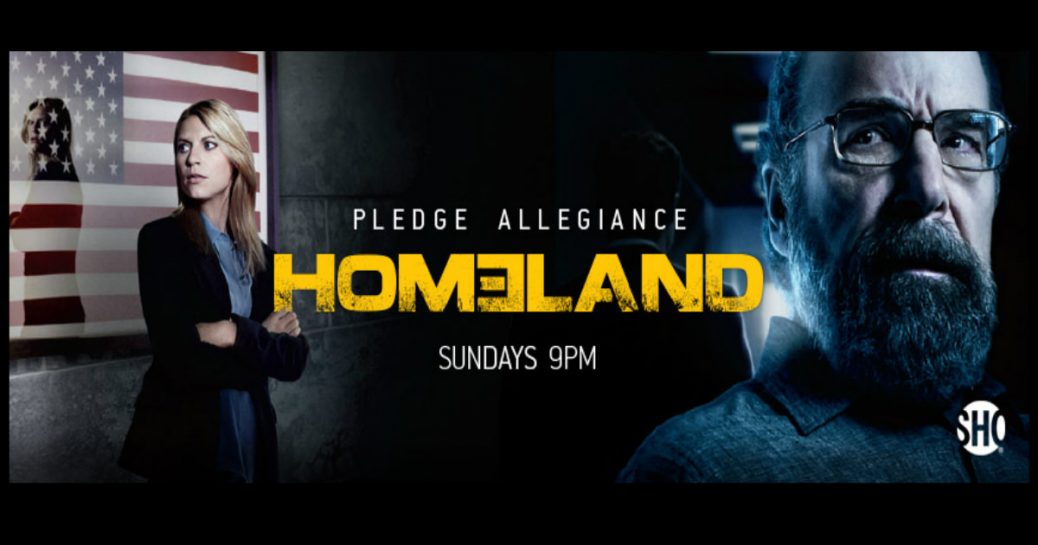 For five seasons CIA agent Carrie Mathison has been fighting Islamic terrorism.  In season six, she joined the jihadis against America.

“Homeland” turns traitor after five seasons of fighting and stopping Islamo-fascist terrorism.  The producers of “Homeland” now have the cast helping Islamists fight America whose president they portray as Hitler reborn!  In casting a female president they originally intended a different ending with a Hillary presidency in which a “wise female president” would become an appeasing enabler of Islam.  They were not intending to make a female Hitler (which is actually an accurate depiction of leftist totalitarian Hillary).  But with Trump’s victory they changed course and instead they had the president portray their representation of what they believe about Donald Trump.  The actors agree with the change and believe they are now supporting the side of righteousness by declaring “white America men are the problem and we want to be part of the solution.”  Don’t be surprised when season 7 has them joining the terrorists to bomb innocent Americans in their fight as they portray the president as the new Hitler.  Fighting illegals stealing and Islamist murderers terrorizing are now considered racist and religious fascism by the Left.

Mandy Patinkin tells how Homeland has turned against America

Patinkin is woefully wrong about Islam and America, which exposes the truth of the ignorance in leftist ideology.  Islam has never been about bringing civilization to the world, but taking civilization from it.  The so-called “Golden Age of Islam” is the period during the Arab Conquest when their subjugated Roman slaves were still a civilized, educated, productive people.  After a couple of centuries of Islamic totalitarianism they became the barbaric people we know in the Middle East today whose only purpose is in imposing Sharia on the world through violence.

The Eagle and the Snake – America’s war with Islam

The new Jihad – coming to America to make America Islam

Leftist Hollywood is as out of touch with the reality of America as the Democrat media.  Leftwing politicians are more interested in bringing illegal voters to America to help keep them in power when citizen’s eyes are opened to their lies.  They compare the Islamist apologist to the Christian apologist saying that the Inquisition and the Jihad are the same.  The Inquisition was a horrible use of the papacy by leftists who had infiltrated and taken over the Church.  They emulated Islam during their wars in the Middle Ages.  But they were only Islam-lite.  The Jihad has destroyed a billion lives over the centuries and enslaved over a billion people with their brainwashing imposition of Sharia, which is derived from the violent teachings of Muhammad in the Koran.  There is no comparison of the two, except in the warped moral equivalency in the minds of ignorant liberals who know little of the Bible and nothing of the Koran.

Liberal Hollywood whackos are ruining our entertainment with their fascist agenda of endorsing Islam and condemning America.  Their shows like Homeland, Madame Secretary, Designated Survivor, Hawaii Five-O, and others depict Americans as the perpetrators of wrong, portray American soldiers as thieves and murderers, and spit on every value that Americans hold dear.  They foster the fictions of the Left like man-made global warming, rich people being tax cheats, and businessmen being greedy.  The only way to make this stop is to stop paying them.  The Hollywood that helped defeat fascism in the 1940s is now its partner in the 2010s.
Liberal America haters are ruining entertainment
Related Articles;

Easter 2017; Christians ‘Most Persecuted Group in the World’

There is no ‘radical’ Islam.  Islam is Islam