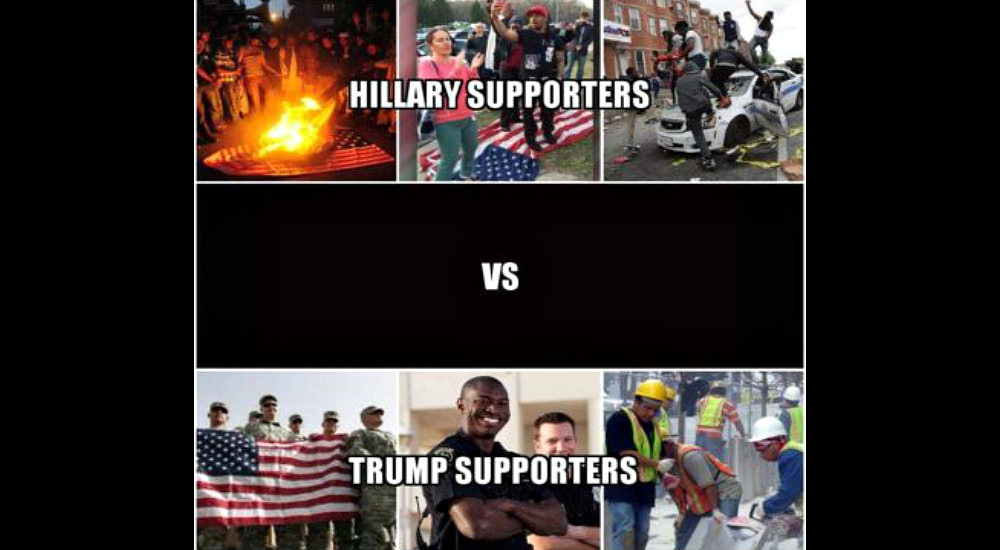 Democrats are saying they are more patriotic than Republicans.  They say Trump wants to destroy this country by stealing from the poor to give to the rich.  But that is what Democrats have been doing all along from slavery to union mob bosses to illegal immigration to global warming to socialized medicine, everything they do is to take more money from you.  They just have better propaganda because 90% of the media is their bought dogs who bark and bray for them.  Democrats wouldn’t know patriotism, righteousness, or love even when it stands in front of their faces and jumps up and down.  They only know hate, greed, and envy.  These people, who wipe their feet on the flag, burn it, and stick up their backsides, who call the police who protect good citizens “pigs” and call soldiers who sacrifice to defend their freedom “baby killers,” say they are more patriotic than Republicans.

The dysfunction thinking of a Democrat who believes she is patriotic

Republicans, who salute the flag, recite the Pledge of Allegiance, respect police and soldiers, who work and pay taxes off of which Democrats live, who are in all ways their opposites, leftist Democrats say they are the fascists.  Democrats riot, loot, and burn in order to shut down free speech, while Republicans welcome free speech to debate right and wrong.  Democrats are for democracy wherein the mob rules advancing the cause of thieves, rapists, and murderers, while Republicans support the republic in which responsible citizens establish the law over criminals.  Democrats believe that government should steal from the rich and give benefits to them rather than using the opportunity afforded them by living in America to work and make their lives better.  They believe in allowing foreigners to invade to take those jobs, avoid paying taxes, and send wealth out of the country back to the third world toilet they left, and that they should profit from that.  (Isn’t that like slave labor?)

Democrats may have been living in America, but they have never been Americans.  Theirs is the party that has stood for slavery, government domination, oppression of freedom, and elites ruling over the rabble.  There has never been a Democrat who felt patriotic love of America.  They hate America.  They want the Constitution destroyed and a new America based on socialist ideals like China, Russia, Cuba, and Venezuela.  They invite Islamists to America to help them unmake this country and put down Christianity to fundamentally transform it into another banana republic of socialist fascism.  Show me a “patriotic Democrat” and I’ll show you a moocher, a deceiver, and a hater.  They admire Communist, Fascist, and Nazi regimes that dominate their people like Castro, Stalin, Mussolini, Hitler, and Mao.  They believe in “re-education camps” to force the conversion of those who will not submit to their will, which is why they admire Islam that forces all to submit to their theocratic masters.  They endorse death camps for those who will not abide by their rule and object to the death penalty for murderers and prisons for criminals who steal from others.  What is a patriotic Democrat?  Not a person who loves America, but one who loves the evils of the anti-Christ Left.

How Jeff Sessions Plans to Fight Back Against Sanctuary Cities

RESIST! The Left’s War on America, Liberty, and Righteousness