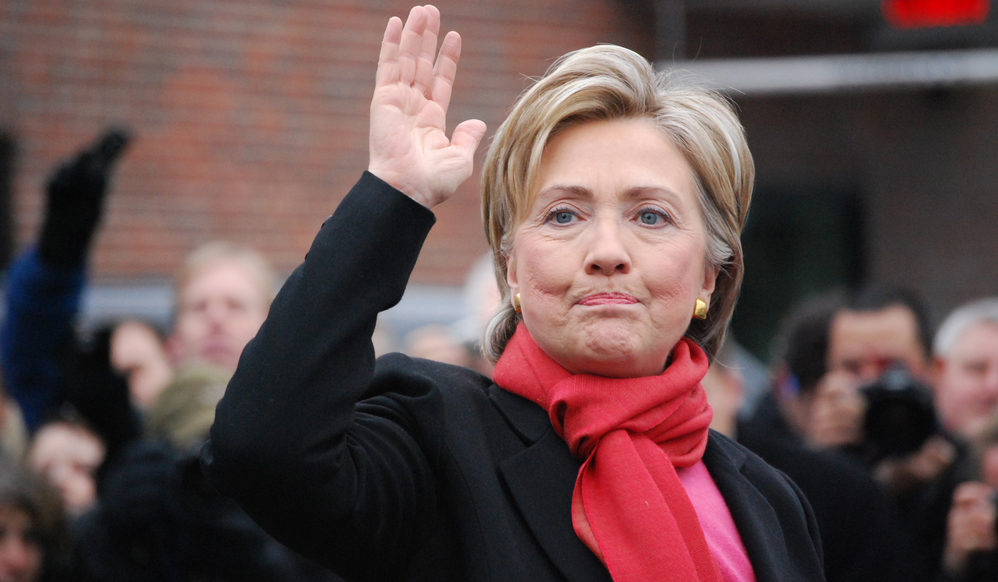 The Democratic Coalition Against Trump filed a complaint Friday with the US Justice Department after FBI Director Comey announced he was re-opening the investigation of Hillary Clinton’s emails. They complain FBI Director James Comey is interfering with the 2016 presidential election.

However the FBI gave Hillary Clinton’s top aides immunity from prosecution and destroyed State Department laptops in spite of incriminating evidence they contained thereby crippling any outcome. They may override those actions, but thereby create many appeals and lawsuits for damages in the future.

The deal was given to Clinton’s chief of staff, Cheryl Mills and Clinton campaign worker Heather Samuelson who also procured an agreement from the FBI that limited the agency’s search of documents created prior to January 31, 2015.  That date would give up any opportunity to find evidence related to the destruction of evidence or obstruction of justice of Secretary Clinton’s unauthorized use of a private email server during her tenure as Secretary of State. Simply cooperating with that request is an obstruction of justice.

“Like many things about this case, these new materials raise more questions than answers,” Goodlatte wrote. “Doesn’t the willingness of Ms. Mills and Ms. Samuelson to have their laptops destroyed by the FBI contradict their claim that the laptops could have been withheld because they contained non-relevant, unprivileged information? If so, doesn’t that undermine the claim that the side agreements were necessary?”

Attorney General Lynch will not say what she talked about in her 33 minute Phoenix Airport tarmac meeting with Bill Clinton, who just happened to be there to play golf, but no local club has a record of the former President of booking a tee that day.

Where Director Comey seemingly dodged disaster by not asking for a Grand Jury for Hillary why has he suddenly and awkwardly flipped sides?  There is a rumor the Clintons bought him off with a $10 million bribe offer making a $6 million down payment to a Swiss number account.  When Comey tried to move the money into his own secret account he could not complete the transaction as the Clintons had put a lock on the parking account.  Comey’s call to Bill went badly and Comey felt he was getting a “shuffle” so he pulled the lever.  If the Clintons stiffed him where would he go to complain, prosecute or settle the issue?  The Godfather?  There is no honor among thieves.  Washington, DC is totally corrupt.  Goodnight Hillary.