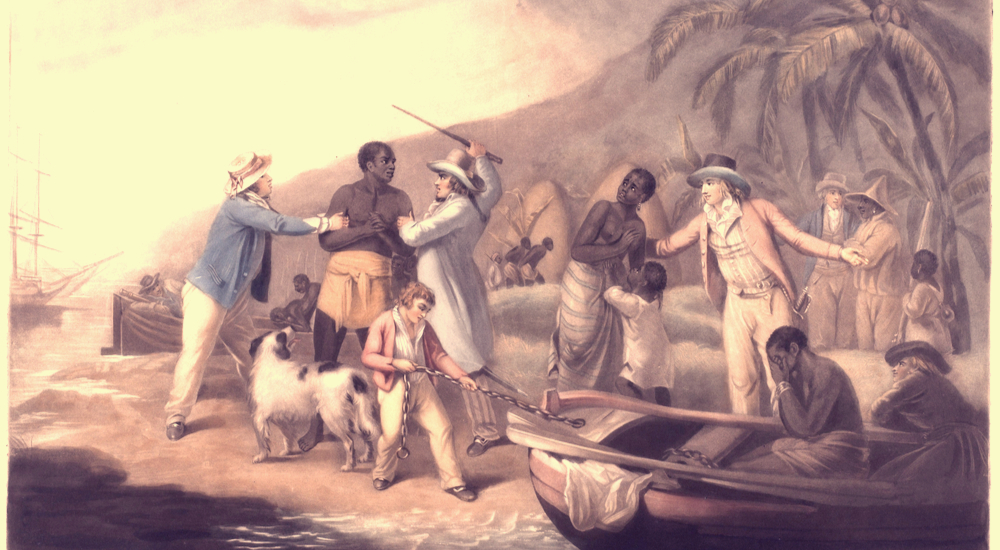 A congressional hearing was held on a bill to study reparations for blacks as payback for slavery. https://ihr.fm/2FlhSB6 Reparations is simply another worm Democrat presidential candidates will put on the hook of their fishing rods to catch black votes.

I am a black man who is proud, grateful and understands how blessed I am to be born an American. My response to the Democrats’ reparations scam is, “Please stop!”. Please stop telling black Americans that we are crippled, inferior and are helpless children who can only succeed via government handouts, lowered standards, and special concessions. Just stop it!

The Civil War effectively ended slavery in 1863. After 8 years of Americans making a black man the leader of the free world, Democrats are absurdly claiming blacks are suffering the negative repercussions of slavery and deserve a check. These people (Democrats) are evil, divisive, race-baiting and race-exploiting con artists.

In Maryland in the early 1950s, my late dad was among a handful of blacks who broke the color barrier to become Baltimore City firefighters. Despite humiliating racism within the fire department, Dad won “Firefighter of the Year” two times. Dad didn’t desire reparations or insulting lowered standards. All Dad and his fellow young black trailblazers desired was an opportunity to compete.

In the 1980s, I was promoted to supervisor of the art department at WJZ-TV, ABC affiliate TV station in Baltimore. Democrat friends attempted to rob me of the pride and dignity of my achievement. They demeaned my promotion, claiming it was due to affirmative action. I was insulted. My promotion was the result of being the most qualified. No brag. Just facts.

But this is what Democrats relentlessly do to blacks; always sending us the subliminal message that we don’t quite measure up. For example: When Democrats say requiring a photo ID to vote disenfranchises black voters, Democrats are really saying we are stupid, inferior to other Americans. Black Americans should be outraged.

Metaphorically, Democrats want to keep blacks barefoot and pregnant. Democrats despise and seek to destroy self-reliant, self-motivated and independent blacks. I am referring to extraordinarily successful blacks like Herman Cain, Justice Clarence Thomas and Dr. Ben Carson to name a few. Because these blacks took the traditional road of education, hard work and making the right choices to achieve success, they expose the Democrat and fake news media lie that blacks can only succeed in racist America via lowered standards and government programs.

Democrats and fake news media celebrate multimillionaire blacks like Danny Glover, Oprah Winfrey, Spike Lee, Colin Kaepernick, Samuel L. Jackson and others who sell blacks the lie that America is a hellhole of racism against them.

Over the years, I have sparred with hosts on CNN a few times. I would be a highly sought-after regular CNN guest if I said, “I am a victim in this awful racist country”. CNN would be thrilled for me to absurdly say Republicans and conservatives are responsible for blacks murdering each other in record numbers. It is whitey’s fault that epidemic numbers of blacks are dropping out of school. White racism is the cause of over 70% of black kids growing up in fatherless households. Spewing such nonsense would make me a CNN rock-star.

In response to Democrats clamoring for reparations, one could argue that electing Obama was reparations, payback for slavery. Obama was the least vetted presidential candidate in US history. As a matter of fact, digging into Obama’s past, his health records, his college records, and even his birth certificate were declared racist by Democrats and fake news media. Millions of whites voted for Obama solely because he was black. They sincerely wanted to send the message that we as a nation had moved beyond our sin of slavery.

Naive American voters had no idea that Democrats and their fake news media operatives would use Obama’s skin color as a bludgeon to beat Americans into submitting to every anti-American insane policy of leftists’ dreams. Obama’s black skin exterior made him leftists’ perfect Trojan Horse. Outrageously, anyone who opposed Obama’s socialist, anti-American and unconstitutional policies was swiftly and viciously branded racist.

One could also argue that the 620,000 lives lost fighting the Civil War to free blacks from slavery were reparations, payback for slavery.

For decades Democrats have purchased black voters’ loyalty with ineffective dependency programs and welfare checks. Reparations are Democrats’ latest scam to purchase black votes with a government check. Blacks have received nothing for their loyalty to Democrats. The same issues which plagued urban blacks 40 years ago are worse today.

My late dad’s historic black church is located in a declining black neighborhood in Baltimore city. At 89, my dad, Dr. Rev Lloyd E. Marcus, led a handful of residents one day a week. They marched their neighborhood carrying signs pleading with black youths to “Stop the Killing!” Dad told me that senior residents were living in fear, disrespected, harassed and assaulted by thugs.

There are sections of Baltimore that you simply dare not enter after dark. Fifty years ago when I was a kid, Baltimore was rough, but nowhere near as violent and out-of-control as it is today. Hellholes of black on black crime such as Chicago, Detroit, Washington DC, and Baltimore have been run by Democrats for decades. https://bit.ly/2Rw5u5V Reparations are not the solution.

If Democrats and wealthy black celebs really cared about their people rather than furthering a leftist socialist political agenda, they would call for blacks to take full responsibility for their lives. They would encourage a return to biblical morality. They would encourage traditional marriage, bringing fathers back into households. They would encourage black youths to exploit the wonderful blessing of being born in America; the greatest land of opportunity on the planet for all who choose to go for their dreams.