Democrat Propaganda – All Negative All the Time 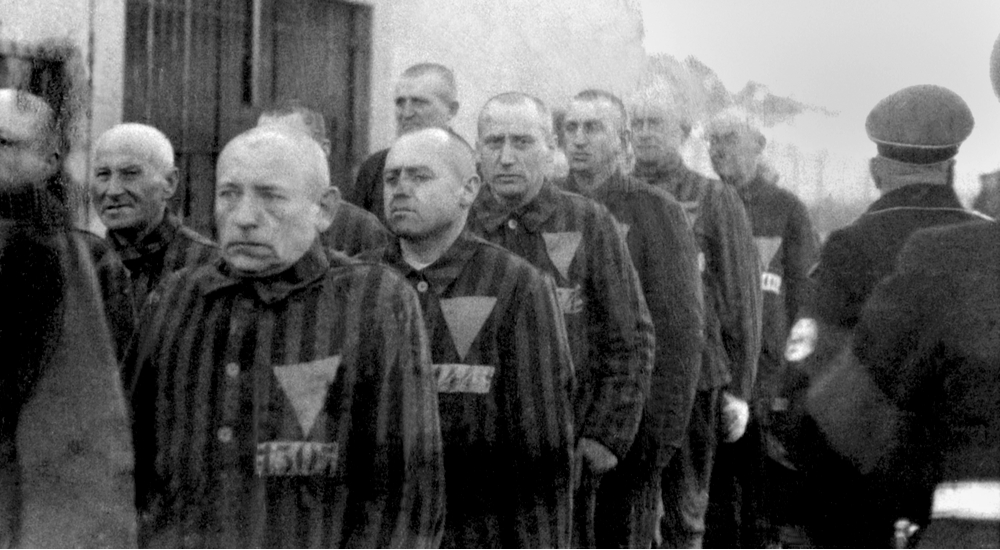 According to Democrats, America has had “Concentration Camps” for seventy-five years.  They began when Democrats interned Japanese.  Only America’s Democrat media could say this.  This is the kind of crap that liberals are blaming on President Trump.  The detention centers for illegal immigrants have been around for decades under Clinton, Bush, and Obama, and nobody ever spoke a word of complaint about them until now.  To speak to the “barbarity” of these centers, illegal aliens are walking 3000 miles to get into them.  The diseases and filth in these centers are being brought by them.  Yet now, in order to slander Donald Trump as a fascist dictator, they are being portrayed as death camps.  Oh, wait.  Now there’s “a difference” between concentration and death camps…. only in the vacuous minds of ignorant liberals.

Typhus and TB – L.A.’s medieval illnesses coming to your city

It is sad, ugly, and disgusting how easily people are duped into believing that Republicans are the party advocating for evil in America.  Suddenly, all of the thousands of illegals who have died of disease and exposure getting into the USA, who have been sold into human sex trafficking or killed by drug cartels over the past decades, every one of them that are suffering these same horrors today are now blamed solely on President Trump and his efforts to enforce American immigration law.  It is the sickest, most perverted corruption of the facts to warp the truth into a negative version of America that leftist propagandists use to blame on Trump.  Trump delaying deporting illegals to give Democrats a chance to work out a solution does not help.  Democrats are not interested in solving any of the problems in the country that they created for the purpose of demonizing Republicans.  So far, only threatening tariffs on Mexico has had any effect.

Of those illegals who are sickly, their illness is blamed on border patrol and ICE, ICE, which has nothing to do with their illegally entering the U.S. avoiding medical checks, but only finds those who have done so.  They are not a new Gestapo created by the “Nazi-like” Homeland.  They are just a renamed INS.  They are there to protect Americans from invaders.  Except when Democrats are running the government, then Homeland and other agencies act as Nazis to spy on citizens and persecute them.  California, once America’s richest state, is now the poorest with their diseased homeless living in and crapping on their streets.  These are not American’s who have lost their homes to California’s high taxes but are the invading illegals being given sanctuary and benefits who can’t afford expensive poor houses.  The ultra-rich socialist California elites, who want their cheap slave labor, all blame Donald Trump for the mess they created.

And to top it off, liberals in the media are trying to run cover for Chiquita Khrushchev’s slander and smears of Donald Trump and ICE.  The left is demonizing American law enforcement only because of who is president.  They are portraying anything Donald Trump does as evil or stupid 24/7/365.  Democrats are the negative pole of American politics.  They talk negatively, they slander everyone with negative smears, and their policies all negatively affect the people.  If Democrats say anything good about America, they are lying through their teeth in order to dupe the ignorant and mislead the gullible to get their votes.

This vast flood of people from Central and South America is all being created by Democrats.  They are calling them “climate refugees” as if they are fleeing global warming in tropical rain forests.  They are calling them “economic refugees” as if they are just looking for jobs.  They say they are fleeing from tyrannical dictators, but all the dictators in these communist countries are there because Democrats helped them come to power by convincing their people to vote for them.  And worst of all, these people want to come into the USA where Democrats want them to vote for the very same kind of government that they say they are fleeing.  Like blue staters who flee to red states to escape the high taxes they voted for to then vote for more Democrats, if this isn’t the pinnacle of stupidity, what is?

Only the most ignorant of people don’t know that Democrats have always been the party of racism, slavery, segregation, and oppression.  The left spews nothing but lies and poison to corrupt the minds of uneducated people who just don’t know any better.  Their mind corrupting techniques are how they have convinced fools of today that Republicans are the KKK and neo-Nazis, both of which have become minorities but are still part of the militant heart of the Democrat Party.  They have simply morphed into BLM and Antifa as Democrats replaced their anti-black racism with anti-white racism and pretend there are fighting fascism as they live it.

When one of their own like Biden admits to being good buddies with segregationists, they try to claim they were Republicans.  While there are a few corrupt Republicans who work with Democrats, they do not represent the righteous.  It is not Republicans who cheer for killing babies in the womb, or riot in the streets against the law, or attack police, or invite foreign invaders to steal from taxpayers for them to give them money, benefits, and rights.

Democrats are now and forever and have always been the negative force in America since the Founding.  That is why they want to fundamentally transform America away from the republic, capitalist, Christian nation it has been that has made it great.  Their goal has always been to remake lady liberty into a socialist, communist, anti-Christian, slave state, and via their massive voter fraud they are on their way to succeeding.