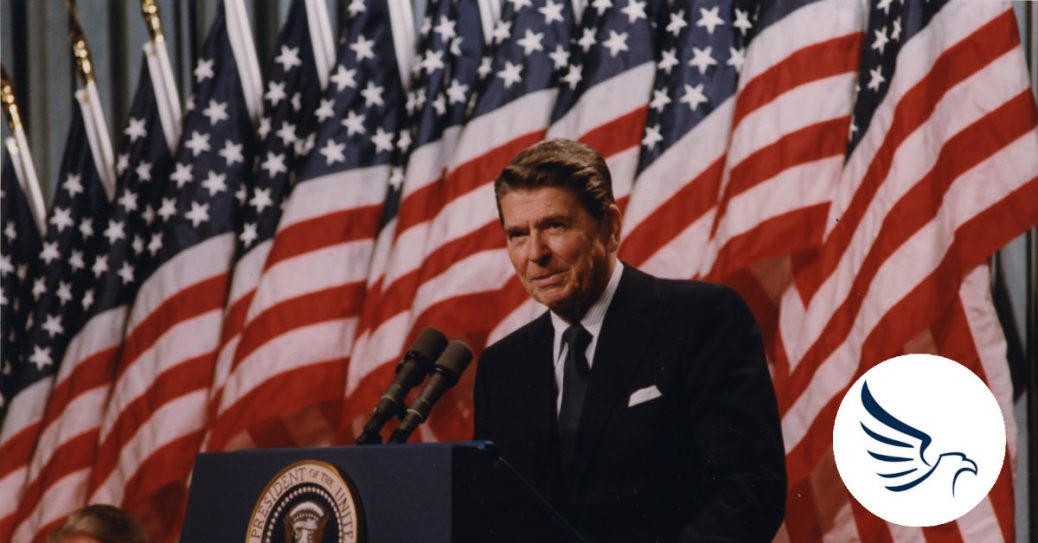 President Reagan Powerfully Lives Through We The People!  Read On and Act Now!

This is the most timely question of the hour. Revolutions are based on wiping out history and starting something new. The New World Order revolution against the American Republic and Constitution is now underway! It must be stopped!

And they don’t want you being powerfully strengthened by identifying with history! This is why, for example, the movie Santa Fe Trail with Ronald Reagan has been sabotaged on Roku and other viewings. They don’t want you to identify.

But go now to this YouTube full presentation of Santa Fe Trail and identify with all Ronald Reagan stands for in this film. Become empowered. Click Here! Dedicated American Patriots have still kept this viewing alive and free of charge on Roku. View it here and download if you can!

This 1854 portrayal with the future President Reagan shows times unusually like ours! Threats of civil war, dissensions, bombs going off. But through it all the patriotic Ronald Reagan coolly survives it all! You will want to watch this movie and think it through to the fullest. It is now life changing!

Because if We The People don’t act and prepare NOW, here is what is right around the corner:

1. The Wall Street & other related global stock exchanges heady gains/rises will be an empty ruse.

2. A “drastic, destructive, & financially deadly correction,” is coming It will literally wipe out 90 – 99 % of all invested wealth!

3. Stocks will become as “junk bonds.”

4. What was once worth investing in, will be valued @ 10 cents on the dollar at best; many, if not most will now become valued as penny stocks.

5. The elitist wealthy will move in, literally buy up the world’s wealth @ penny’s on the dollar, become multi-billionaires/trillionares, with a few potently archiving zillionare status.

6. Nations & people, from all walks of life, will become defacto, “worker bees/slaves of the NWO,” fighting among themselves for a few crumbs from the, “table fare of the now established ‘ultra super rich.’ “

7. NWO will be & become the new governing norm…Re: The Book Of The Revelation Of Jesus Christ.

8. The NWO will then placate nations & people by shifting & focusing the blame on Jews & Christians, move to, “address the world’s woes,” by persecuting/prosecuting/placing in ‘work’ camps, & working the ‘workers to death on behalf of the NWO.’ ”  A war will be declared against the, “Jewish Vermin occupying Palestinian lands,” with the end game being the absolute eradification of Israel & the Jews.

9. All debt will be, “called in.”  This includes all credit card debt, mortgages, loans of any kind (car, truck, vehicular, etc.), owed taxes (Federal, State, Local) world wide, all IMF loans to nations, all business loans; in other words…all inclusive,  no exclusions.  Those unable to immediately pay any & all debts, will be considered liable for/on default of said loan(s), will be placed in, work programs/camps, until all said debts are paid in full; wages will be pegged so as to never enable the debtor to become debt free.  Reason in part: food, shelter, clothing, medical/dental/optical care (if & when available & approved), will now become a part of that persons overall indebtedness.

10. A defacto, “Slave Prison Planet.”  This is what the Left works to bring about.  The only answer…An empowered We The People fortified with Jesus Christ and American history until the King of Kings returns!  On your mark, get set, begin!