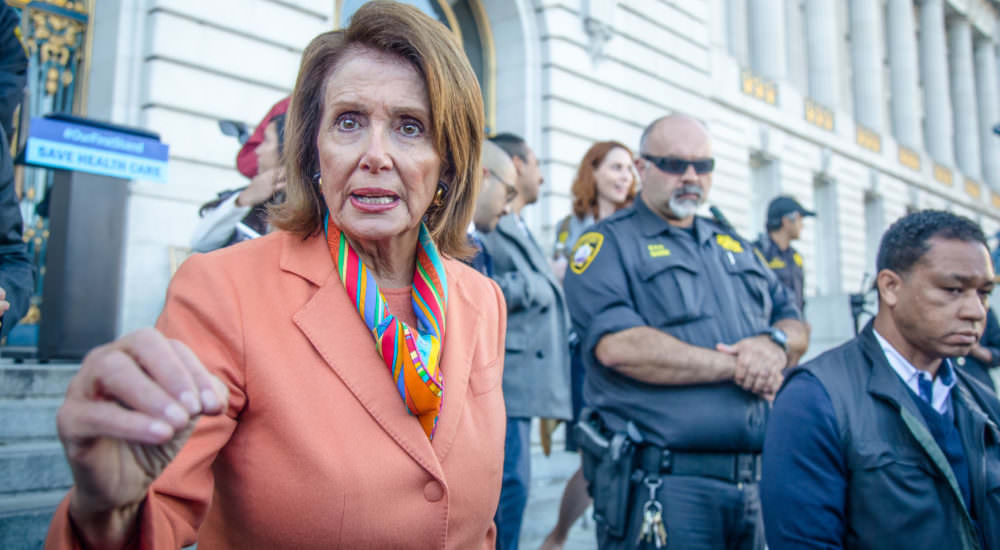 Democrat House minority leader Nancy Pelosi (D-CA) is totally fine with murdering children, ignoring God’s instruction’s on sexuality and the family… but when it comes to the environment she suddenly becomes the oracle of God. (Not really.) The priorities of the Democrat leader are all screwed up and she recently proved it again when she argued that President Trump was dishonoring God by pulling us out of the ineffectual and corrupt Paris climate treaty.

When the Pope went to the White House he talked about the dangers of air pollution when he was here. And just last week the Pope met with President Trump and gave him a copy of his Encyclical “Laudato Si,” which made the case for strong urgent action to halt the climate crisis.

The Pope wrote, “The climate is a common good belonging to all and meant for all.” The bible tells us to minister to the needs of God’s creation as an act of worship. To ignore those needs is to dishonor the God who made us and that is just what we’re doing by walking away from this accord.