Oops! Hillary Tells O’Reilly Why She’s not Qualified to Run for President! 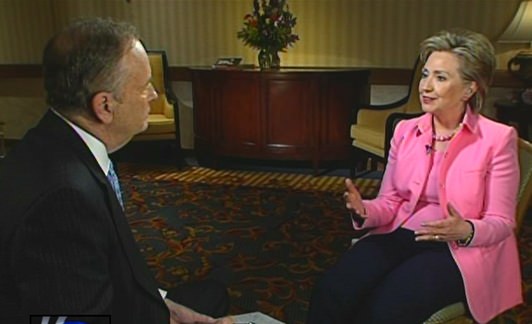 During that interview, O’Reilly and Clinton had the following conversation about what steps were needed to deal with the rapidly growing worldwide ISIS threat:

Clinton: “One of my priorities is to launch an intelligence surge. We still do not have enough, ah, intelligence cooperation between our agencies and those in other countries, including, ah, in Europe and we need to have a, a focal point…”

O’Reilly: “… Why, why is that? I didn’t know that. Why is that happening? Why aren’t… why don’t we have the intelligence?”

Clinton: “Well, I’ll tell ya, in part, because there has been, ah, a reluctance on the part of some of our, ah, friends in Europe to be as forthcoming in sharing information…”

What a surprise. Our friends in Europe are not as “forthcoming in sharing information”!

In a column (Clinton Guilty, But We’re Not Recommending Prosecution) on July 6, I wrote:

This is not rocket science, folks.

The reluctance of our allies to share intelligence is clear evidence that every intelligence agency on the planet is well aware of the massive security hole in US intelligence created by Hillary Clinton’s use of personal non-secure email servers to conduct business as Secretary of State.

When you combine Clinton’s massive abuse of FOIA law (that the FBI never investigated but about which they had abundant knowledge) with the Obama administration’s clear knowledge that this breach was ongoing and the subsequent special deference given her by not prosecuting her many breaches of national security at the highest level, it should be abundantly clear why in Hillary’s own words “there has been, ah, a reluctance on the part of some of our, ah, friends in Europe to be as forthcoming in sharing information…“.