The Day the GOP Left America 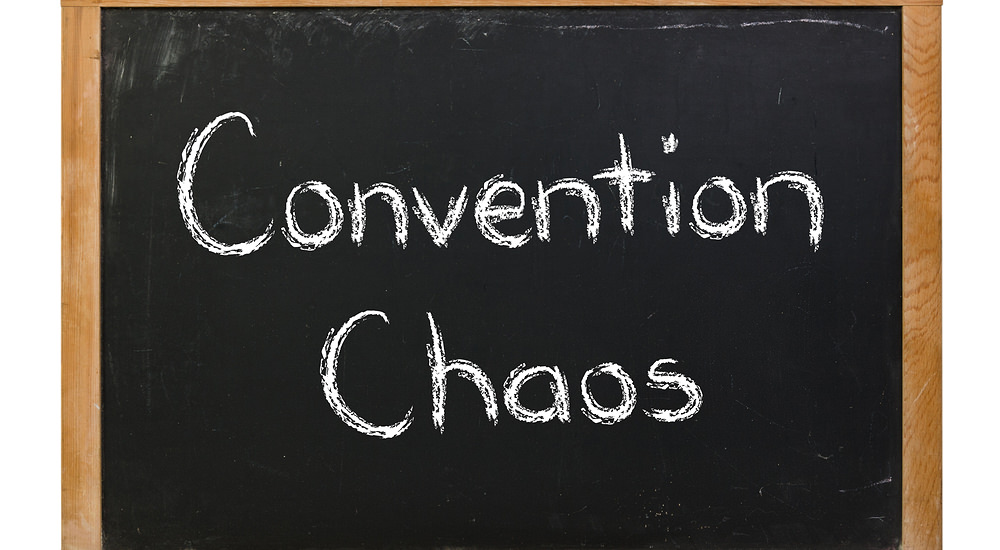 So the GOP is no longer grand, nor is it the old party of conservatism, honor, and helping the small guy work to better himself. Instead it is the party of the bully, the racist, bigoted fascist of American history. The GOP had an opportunity to take the small lady of justice, and prove why they were the tent of all, but instead walked away from myself and millions more on Thursday evening when they chose to block the unbound delegate’s opportunity. Today America mourns the death of a once great party of Abe Lincoln, and Ronald Reagan, and embarrassingly see the party of #neotrumpism.

The hope, the dreams of the young, the later years of the retired all were obliterated by the bullying tactics of a few in a smoke filled room. We saw heroes like Mike Lee, US Senator, and Kendal Unruh, of Free the delegates, and then Waters of Delegates unbound fight to have their voices heard, but many who had committed to vote in favor of unbound, uncontrolled, were bullied into voting to bind all delegates to a vote that may not be of their conscious.

The American, not one in politics, but one who goes to work every day, sweats and tries to put enough food on the table is praying today for God to show mercy on America, and give some hope besides a choice between two criminals in Donald Trump, and Hillary Clinton. The American voter does not want a lot of hyperbole, nor rhetoric, but a person of character, intellect, and someone who will bring America together, not dividing it more.

No my fellow American, I did not leave the GOP, but the GOP has left me, and today, I stand a free man from any party affiliation, and will never vote for either presumptive candidate. I am looking for a party made with the fibers of the US Constitution as its guiding light, the flag’s 13 stripes as the planks of conservatism, and 50 Stars of support for all Americans in all states, not just the populated cities. The emblem of a bald eagle as the strength and character of the hard working, patriotic Americans that have no party affiliation because both the GOP, and the Democratic parties have gotten too big to be in touch with the common citizens.

The GOP built its coffin by it allowing a television character to tear the threads of honesty, togetherness, and conservatism to one of trying to win an election by any means possible, including lies, bullying, and ignorance. On the eve of July 14, 2016, Reince Priebus and the pundits of Trump took the hammer and nailed the death of the Grand Old Party into that coffin, and in Cleveland they will bury it forever.

Today we mourn the death of the party of Abe Lincoln, and of Ronald Reagan. We ask for their forgiveness for not standing up strong enough against the Reince Priebus’ and Donald Trumps of the world. We bow our heads in disgrace, and pray that we can find a party that will continue the honor, the elegance, the true constitutionalism of America. Today I ask for forgiveness from the young, for I have no excuse for the actions of the party I supported for over 40 years, and beg that the elderly will not hold me to all the fault for the arrogance of Priebus/Trump.

Today I see no Grand Old Party, but more a greedy, overbearing party of the powerful and well to do. Today I see the disgusting ruination of the hopes and dreams of more than 50% of Americans, and I have nothing to offer, but the hope of a true CONSTITUTIONAL CONSERVATIVE all-inclusive party that represents what is best for America, and not for the candidate running.

THAT COFFIN, THE NAILS TO CLOSE IT SHUT, AND THE HAMMER TO NAIL THE LID IN PLACE WAS SO VERY EXPENSIVE FOR THE GOP, REINCE PRIEBUS, AND THE DONALD TRUMPS OF THE PARTY…..