No English for You! Schools to Teach Kids in Spanish Only! 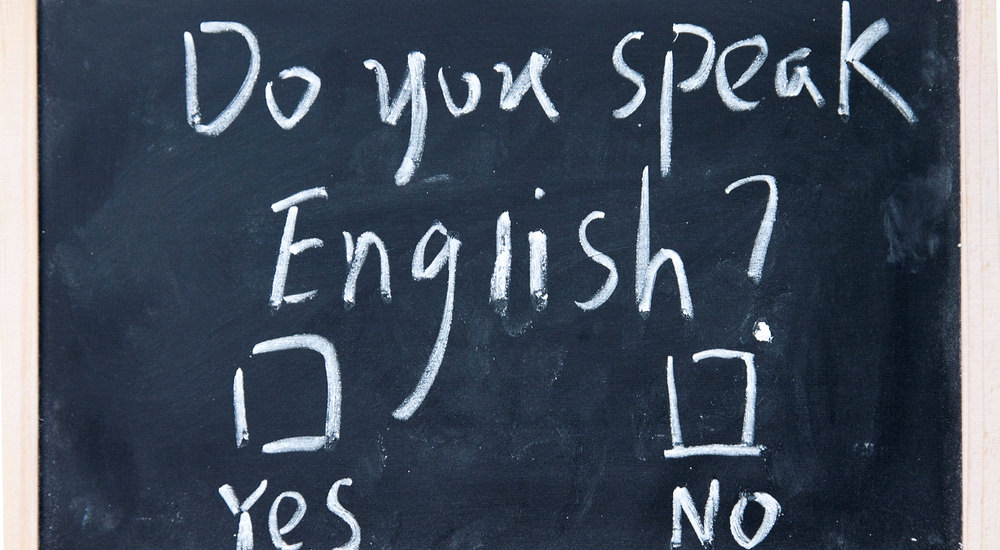 The election is fast approaching. If one were just returning to America from a long space journey, one would think the only thing on the upcoming November ballot was the “binary choice” (who else hates that term) for President between two extremely flawed candidates. The Senate and Congressional races have received relatively scant attention – and still less attention has been paid to the many ballot initiatives, no doubt, in all 57 (h/t Barack Obama) states.

These state initiatives can be quite important and some may have eventual carry-over to other states, and nationwide. One such proposal in California is Proposition 58, otherwise known as the “LEARN” initiative. It is being promoted  as “yet another step towards righting the wrongs growing out of a wave of anti-multicultural sentiment during the 1990s.”

You might be thinking – so what – I live on the East Coast. What do I care what those wacky Californians do. Well, like many of the most ludicrous federal proposals – they began at the state level and progressive California, as ground zero for wackiness, is often the tip of the spear, so to speak.

Proposition 58, builds upon another bill which was passed in 2014, called the “The California Education for a Global Economy Initiative,” which “empowers parents ‘to choose a language acquisition program that best suits their child’ and requires districts with sufficient numbers of English language learners (ELLs) to launch the multilingual programs.”

Well, isn’t that nice. It not only requires districts, which are already dead broke, as is the state of California, to spend more money they don’t have on “multilingual programs,” and allows parents to choose which language the school must teach their children. It sounds like the new craze of identifying oneself. Whatever suits them.

There are approximately 1.4 million kids in California classified as ELLs. That’s the politically correct term for someone who speaks little English, or more often, not a word. This 1.4 million is almost 25% of the California student population and almost a third of all the ELLs in the entire U.S.

Liberal politicians in California (rather redundant) believe that the `98 Prop 227 (the great wrong described above), which required all students to mostly be taught in English and easily passed by a margin of 61% to 38%, is cruel and unfair to California’s immigrant population. They claim that bilingual education is much more effective.

But bilingual education isn’t what it is advertised as. With the left, nothing ever is. Annie Martinez of New York City found this out first hand. NYC has had citywide bilingual education for years. Annie found out there is nothing “bi”lingual about it.

She came to America from Cuba at age seven, not knowing a word of English. She describes being placed in a classroom where nothing but English was spoken. She says she “had little choice but to sit quietly until the sounds began to make sense. This happened fairly speedily,” she added, as “Little kids can learn English very fast.”

At age 27 she took her five year old son to their local school district to enroll him in kindergarten. “But what she heard as she passed each classroom door made her uneasy: In every class, the teacher was speaking Spanish. The Martinez family speaks English at home, and Annie wanted her son’s education to continue in English because ‘he’s here in the United States, and to get ahead in life he has to speak English.’” What a quaint sentiment.

She found that that every subject taught in the bilingual program was actually and only taught in Spanish – reading, writing and even arithmetic.

And this is what the left wishes to bring back in California, which will then spread across the nation. The immigrants and their children who require “bilingual” education won’t get it. And worse, for the most part, don’t even want it. If they did, the parents would have already made an effort to learn English on their own.

But I am convinced that the political class driving this ship is just happy to pander to these non-English speaking immigrants, who are happy to speak their home-country’s language and nothing else. The losers will of course be “the children,” the left claims to care about.

It’s as Annie Martinez said: “to get ahead in life he has to speak English.”