You May be a Conservative American 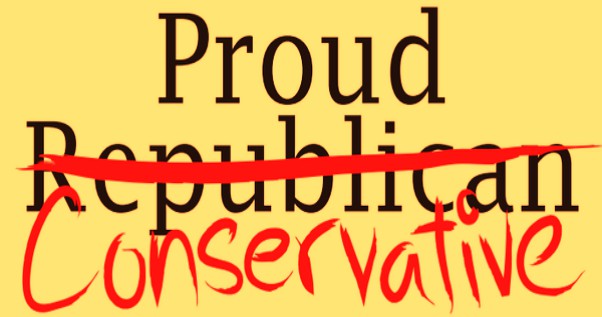 You May be a Conservative American if:

You are wealthy, unapologetic and not racked with guilt.

You don’t believe you gained your wealth on the backs of the poor.

You are not wealthy, but want to be and don’t wish to rob or scam anyone to get that way.

You don’t feel guilty about wanting to keep more of what you’ve earned.

You don’t hate or wish to punish the people who have more than you, simply because they have more.

You are not a racist, but the left says you are.

You are not a homophobe, but the left says you are.

You are not a bigot, but the left says you are.

You are not a sexist, but the left says you are.

You are not transphobic, but the left says you are.

You do believe there are only two sexes.

You do believe men and women are actually different.

You do believe refugees and immigrants should be fully vetted.

You are not racist because you believe refugees and immigrants should be vetted – but the left says you are.

You feel for the less fortunate, but know a hand out won’t help them in the long run.

You believe being compassionate means trying to get people off assistance – not on.

You don’t classify people by skin color or ethnicity.

You don’t pit classes of citizens against one another.

You do believe the only true diversity is diversity of thought.

You don’t believe in hyphenated Americans. You’re either American or you’re not.

You don’t believe owning a gun makes you evil.

You do believe more guns in the hands of responsible citizens actually makes us safer.

You don’t believe illegal aliens should be allowed a free entry pass into our country.

You don’t believe illegal aliens are entitled to any free stuff, just because they showed up.

You don’t believe that wanting illegal aliens deported makes you a racist, but the left says you are.

You do believe in the sanctity of life.

You believe in helping others who at least try to help themselves.

You do believe in climate change, because that’s what the climate does – change.

You believe freedom is worth fighting for.

You honor those who serve and have served in our military.

You believe one cannot legislate the poor into prosperity by legislating the wealthy out of prosperity.

You believe the government should live within its means – like the rest of us.

You know you cannot multiply wealth by dividing it.

You revere The Constitution, the Declaration of Independence and the founders – despite them all being white.