Why Children Shouldn’t Play with Guns or Nuclear Bombs 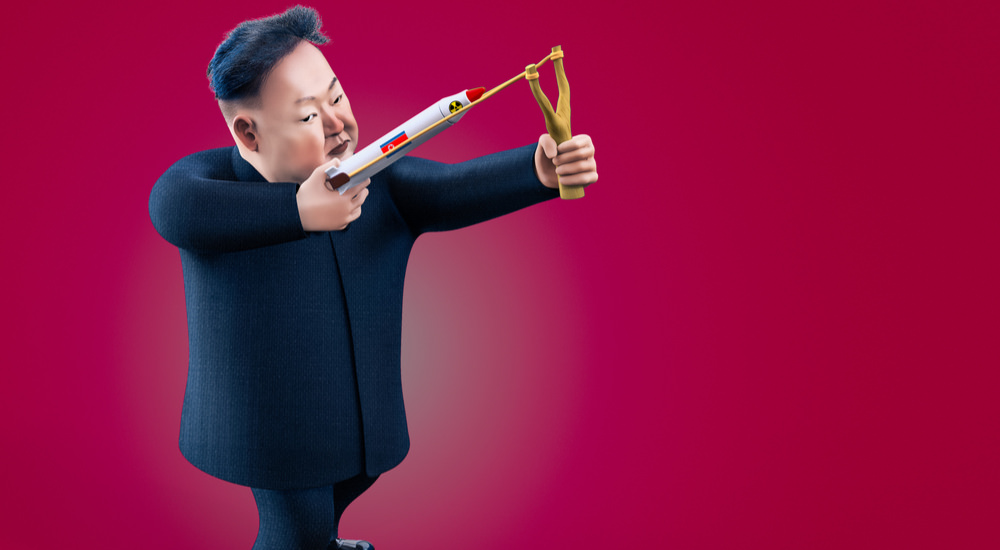 North Korea has only one use for nuclear weapons – to threaten to use them and blackmail the free the world into providing for them what they refuse to produce for themselves.

Their people are slaves to the government, the condition to which all leftists aspire, and they want others to pay for their luxuries since their peasants cannot even provide them with enough food.

While there are children who need protection from bullies, there are also children who want to be the bullies, and they want guns to make themselves powerful so they can bully the bigger kids.  This is true of children of all ages – especially those who are in adult bodies.  This is what leftists do not and cannot ever understand that we know this about them.  Just because they are adults, even elderly, when they believe in the things we know to be false as good things, when they believe they can make stealing righteous by saying they are doing it for the poor, they are only deceiving themselves.  They do not realize that we see right through their lies.

Democrats and their Republican friends are all in a tizzy over a real man being in the White House who will not tolerate a child with a gun threatening him.  North Korea represents America’s longest war.  Even though war was not officially declared, it was also not officially ended.  Thanks to Mao and China’s interference, the petty dictators of the Norks have subsisted to this day and obtained nuclear weapons and missile technology.  As Iran wants to be, they are children with guns in the league of adult nations threatening to shoot if their demands are not met.  It’s no different than every criminal, every mob boss, every thieving politician, every crooked policeman, and every petty dictator throughout history.

The Left wants to appease them as they did Hitler and Stalin, Tojo and Mao, and the Grand Mufti in the 20th century, which only resulted in them starting a second world war.  Leftist regimes have always used violence and threats to force the free peoples to submit to their will and that will never change.  What must be changed are America’s politicians who are too timid to stand up to bullies, but have no problem bullying the American people into submitting to their blackmail to pay their extortionist taxes.  Leftist lies should no more be permitted in the world than they should be in America.  (e.g. Obama’s “all of the above” energy lie in which he shut down oil and coal while stealing taxpayer dollars to give to wind and solar that failed to provide a modicum of energy.)  This is just a symptom of the underlying cancer that the Left represents in America.  Time to stand up like men and take the gun from that child and the Chinese can either like it or lump it.

President Trump will rain Fire and Fury on North Korea

Surprisingly, President Trump already got huge concessions from Russia and China on the UN Security Council that voted 15-0 in favor of sanctions against lunatic Kim Jong Un.  If Donald Trump can bring America’s adversaries in line to stop the mad dogs that their regimes have been grooming to threaten America then why do Democrats and Republicans want to bow down and kiss Kim’s backside?  There may also be the factor that their rabid dogs are becoming a threat to their own masters.  This is what happens when you give guns to children.  After all of his childish posturing, Korea’s wannabe megalomaniac said Trump’s threat was insignificant and would be met with absolute force.  This from a country whose military might is measured by how many cannons it has aimed at Seoul to kill civilians.  Trump’s best response is, “Go ahead, make my day.  Pull the trigger and see what happens.”  Don’t just shoot down their missiles, bomb their missile sites and production and his residence.  It is in the nature of Democrats to make deals with mobster bosses and that’s why their party is run by them today.  This rabid dog needs to be put down and Washington elites be made to stop whimpering at his bark.