How “Mad Dog Mattis” Will Rebuild the U.S. Armed Forces 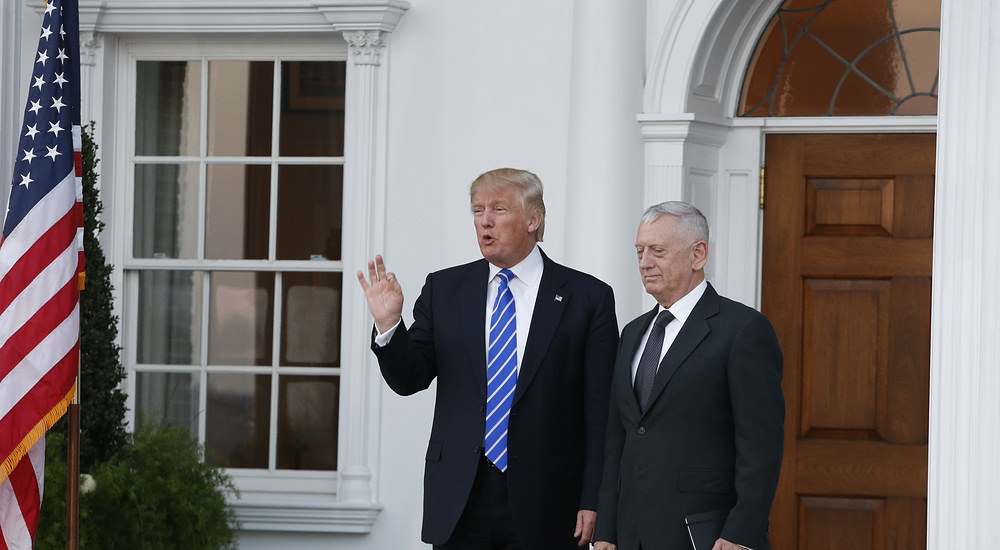 Since the announcement of President-elect Donald J. Trump for his choice for the 26th Secretary of Defense, General James Mattis, it is this Marine’s belief that a tsunami is about to occur in all of the armed forces, mainstream media, and especially to those countries hostile (and their financial support of terrorist activities) to and/or against the United States of America and our allies.

General Mattis is a Marine. I am sure that you have heard the saying, “Once a Marine, always a Marine.” If you have not, let me give you some clarity about that statement… Just because a Marine retires and removes his or her uniform, does not mean that he or she forgets their oath or responsibility of carrying the title “Marine.”

What does a Marine do? Generally, they are the first boots to hit the ground and answer the call during most incursions. Do you remember that invisible red line that President Obama drew in the sand for President Assad regarding Syria and Assad’s use of chemical/biological weapons against his own people? “We have been very clear to the Assad regime, but also to other players on the ground, that a red line for us is we start seeing a whole bunch of chemical weapons moving around or being utilized. That would change my calculus. That would change my equation.” – Obama, remarks to reporters, August 20, 2012.

Well guess what… President Obama must have flunked calculus! Now enter the age of the new mathematician/tactician/strategist – General Mattis. If you read his list of former Commands, it is extensive and rather an impressive/illustrious career as a Marine and Commander. U.S. Central Command, U.S. Joint Forces Command, Supreme Allied Commander Transformation, I Marine Expeditionary Force, U.S. Marine Forces Central Command, Marine Corps Combat Development Command, 1st Marine Division, 7th Marine Regiment, 1st Battalion, 7th Marines, so what does all these former commands mean to the civilian population? General Mattis is no stranger to the battles that the United States now faces both here (on the hill) and abroad.

I would correct the verb “hate” that you used in your assessment of General Mattis’ detractors, and use the appropriate adjective “scared.” With the naming of General Mattis as the next Secretary of Defense, the Democrats and media are now “scared to death” and rightfully so. With this one appointment, President-elect Trump (our new Commander in Chief) has delivered a clear message to his troops, to the House and Senate, and mostly, to the world. This (meaning the appointment of General James “Mad Dog” Mattis as the next Secretary of Defense) means that the U.S. no longer “leads from behind – and definitely, there are no more red lines in the sand.” Semper Fidelis, Secretary Mattis…