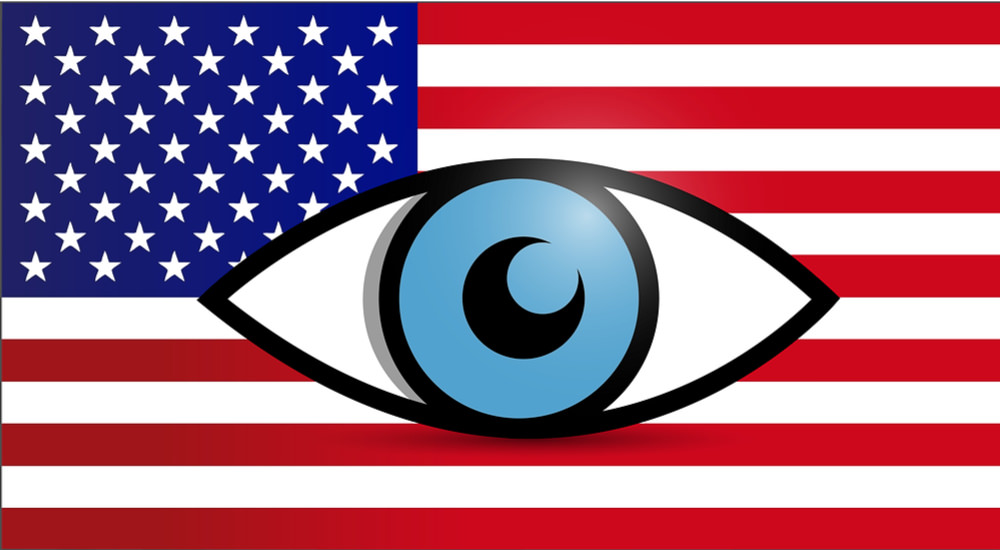 For those of us who easily believe in the existence of Lucifer, of Satan, Scripture tells us he always wanted to be like God. Truly, it is impossible for him and his best efforts to be God. Old Slewfoot cannot be truly omniscient, omnipresent, etc.

But he can give it his best effort at surrogate omniscience, surrogate, omnipresence, etc. Lucifer can do his best, through demonic and human minions, to be like God through all artificial avenues and means possible.

Our grand President-elect Trump will have his work cut out for him in the area of restoring full privacy to all true Americans. Talk about flying in the face of the surveillance state and the spirit of the age!  Needless to say, healthy restraints are long overdue.

When considering the fallen nature of man – hence, the Bill of Rights where the first ten untiringly ask government, “What part of NO don’t you understand?” – President Trump must start from the premise that anything originally patented for “altruistic benefits to mankind,” so often goes haywire and runs amok for the profiteers.

This is especially true of the globalist-imposed surveillance state! Already here is a deeply-entrenched tyranny which benefits a sneaky few and which no one voted on! One cannot walked anywhere in the swamp without encountering it.

Perhaps We The People first became aware of this, in a popularized way, through such films as Enemy of the State with Gene Hackman. Today, we urgently need a film to expose all privacy-invading surveillance called Enemy of We The People!

As the wireless industry now profiteers more wealth than the oil industry – we all need to let that sink in – it cannot be allowed to just take over and do what it wants. Especially since Obama gave America’s Internet to the UN – a criminal United Nations Obama has always favored over America!
Here are a few of the things seriously violating every true American’s right to privacy:

* Cell phones have a second battery you are not told about. When your main cell battery goes down, this hidden one remains active. Within seconds, illegal foreign and state police and even corrupt cops, can still trace it and track you down.

* On-the-hook technology was perfected by globalist Motorola in the 1990s. Today, technology has “advanced without moral considerations” so your Samsung cell phone or remnant land line can listen in, to amplify conversational eavesdropping by nine times!

* Two decades ago, Vigileaks was shown by undercover police a weapon resembling a rifle but without a barrel. One can aim it at a farm house window from a police car, a mile away, and hear conversations from vibrations on windows.

* If a pair of true Americans go for a walk for a confidential talk, anything metal – eye glasses, belt buckle, metal eating utensils – are used by satellite surveillance to hear conversations.

* Cable-TV boxes, Smart TVs, Windows 10, all are invasive and ignore your American Right to Privacy! How complicated a swamp can be! These must be permanently dealt with and not allowed to go underground until the next globalist president.

* Voice recognition devices are growing at an alarming rate! The globalist Google and Google affiliates lead the way! Your voice print and all your data are permanently stored by Google on computers underground in Des Moines, Iowa. Google now owns Facebook.

* For more than a decade, churches have had cameras trained on them from streetlight poles. Vigileaks was shown a major church in Oregon and the camera across the street watching it 24/7, viewed in Arizona. This must end along with 501C3: Both have churches under anti-Constitutional state control.

In cutting-edge “progressive ways,” willfully ignoring the Constitution and right to privacy of every true American, amoral globalist profiteers are “Busybodies without Borders” who must now be fully controlled!

As surreal as the task seems to restore privacy to all true Americans, if anyone can do it, it is President Donald Trump! All the above and many more are of equal or greater danger to true Americans than even 60 million illegals! Especially in the American-hating amoral hands of the UN and foreign investors and UN controllers such as Soros, Kissinger and Maurice Strong.

And in the process of turning things around, let’s meanwhile use all the above and more for the surveillance of dangerous illegal immigrants – starting with the over 60 active terrorist training centers in America! Until naturalized, let ALL immigrants be under this full surveillance till citizenship is earned (surveillance owned and operated only by Constitution-supporting and defending Americans).