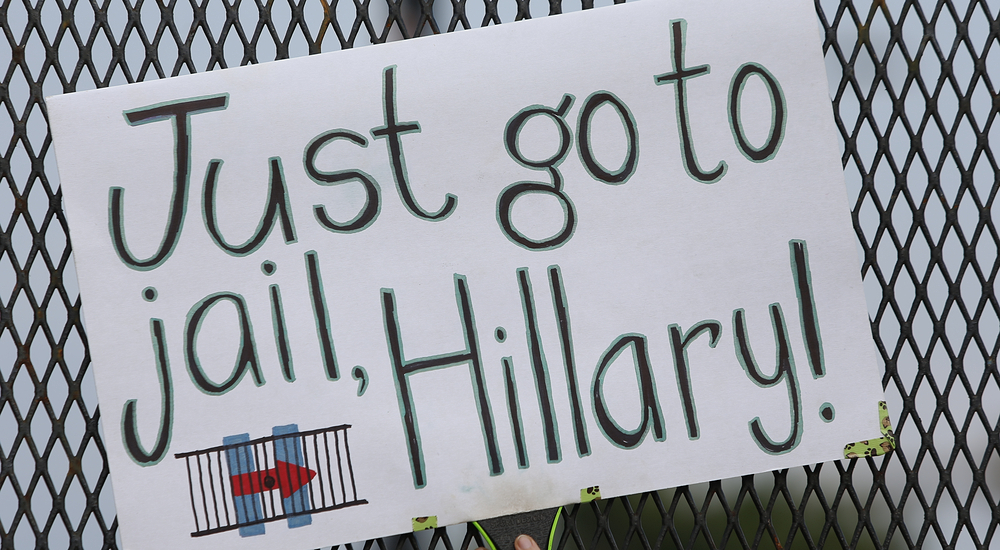 Mere days after the DNC’s servers were hacked and revealed Hillary Clinton’s creation of anti-Trump protests, fund-raisers with the Washington Post, and a variety of other illegal activity, the would-be President of the United States campaign has now been hacked. In news initially broken by Reuters:

The latest attack, which was disclosed to Reuters on Friday, follows reports of two other hacks on the Democratic National Committee, or DNC, and the party’s fundraising committee for candidates for the U.S. House of Representatives”

This latest news raises disturbing questions which are relevant to both the campaign and Ms. Clinton’s tenure in the White House if she were to be elected.

First and foremost – who is in charge of digital security in Hillary’s campaign and in the Democratic party in general? Are these the same people who would be in charge of digital security for the country if she’s elected? At the conclusion to the FBI investigation into the Hillary server debacle, FBI Director James Comey declared that Hillary’s digital practices were “irresponsible but not illegal”. He forgot to mention whether her security practices put this country’s security at risk – evidently they do.

Secondly – what deep, dark illegal secrets will be brought to the surface this time? Anytime Hillary’s closely protected image has its media-enforced shield lifted for a moment shocking and illegal truths are revealed. Are we on the brink of more revelations, similar to what we have seen over the last week or two, that may threaten Hillary’s campaign or future? The Democratic party seems to be preparing for it:

“A spokeswoman for the DCCC said Friday that the committee has been advised by investigators that the hack is similar to the DNC breach. The DCCC can confirm that the Hillary Clinton campaign have been the target of a cyber-security incident. Upon discovering the issue, we immediately took action and engaged with CrowdStrike, a leading forensic investigator, to assist us in addressing this incident,” Meredith Kelly, spokeswoman for the DCCC, said in a statement. “The investigation is ongoing.”

While a disturbing turn of events, for the sake of the country we can only hope this latest hack reveals proof of the many illegal activities she and her campaign have been accused of over the last twelve months.
Tags: DNC Hillary Clinton