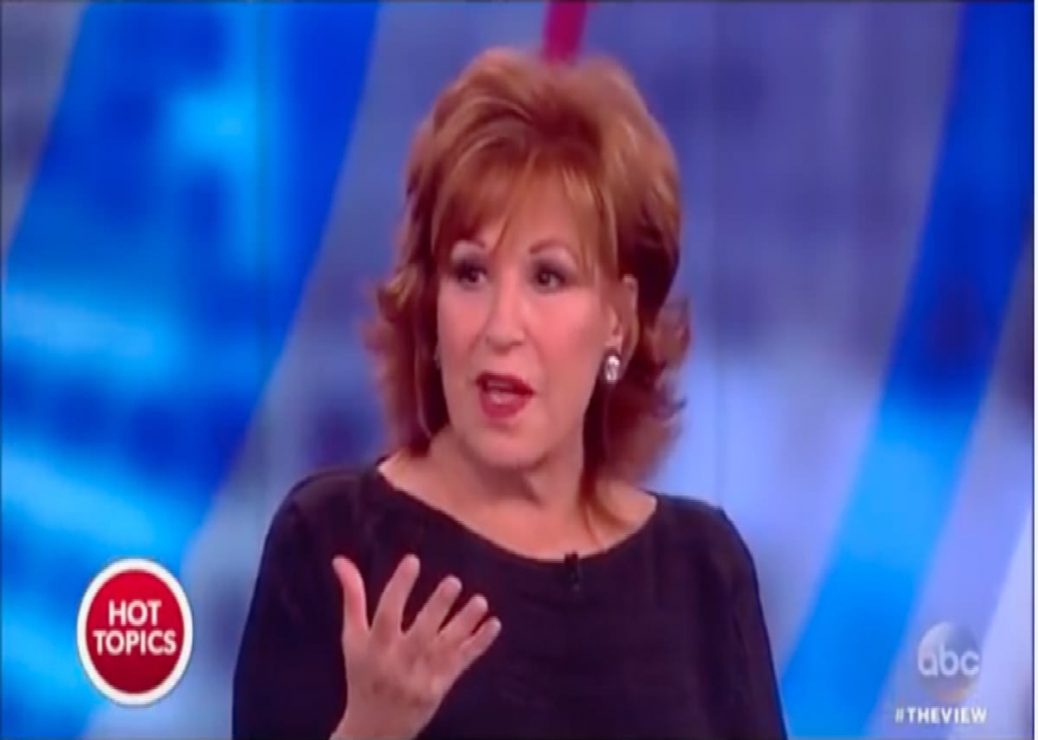 “Apologize to those tramps who have slept with [her] husband” (Joy Behar, The View, 2016)

Did you ever have one of those moments in life where you read something that was so shocking that you literally spit coffee on your computer screen?  Well, this was one of those moments.  In fact, on a scale of 1-5, with 5 being the maximum, this is worth five face palms.

What happened?  Well, in one of her common place tirades or drug fueled rants, Joy Behar of the View, in one sentence, called Paula Jones, Juanita Broaddrick, Kathleen Willey, and other victims of William Jefferson Clinton’s sexual assaults, tramps.  Here’s the entire sentence as taken from an excerpt of the show’s transcript:

” [Clinton] was being nice about the fact that her daughter was in the audience,” she continued, before stating she would have like to see the former secretary of state “apologize to those tramps who have slept with [her] husband.”

So let’s set up the scene that caused this droll, wrinkle-faced libtard to lose her self control. Now remember, on Friday, the Washington Post had released an audio tape of Donald Trump using some lewd comments.   On Sunday’s debate in St. Louis, Donald Trump had the audacity to have in the front row 3 of the 12 women who were sexually assaulted by Bill Clinton.  I don’t think you would have to be a rocket scientist to understand why the Trump camp did this.  It was an overt attempt to demonstrate that while Trump has said some lewd things, Billy Boy has done them, over and over again.  It was a bold step on the part of these heroic ladies.  Much has been written on how Slick Willie assaulted them and, more importantly, how Hillary covered for him by either hiring private investigators to dig up dirt on them or even threatening them herself.

But enough fun stuff about Hillary and her wacky Clinton Mafia.  We need to turn our attention, again, to the aged, decrepit, Joy Behar.  Now if you have never watched The View, I’ll save you the grief and just give you the Cliff Notes.  The View is a show where the liberal female panel spend an hour trying to talk over each other while promoting every worthless feminazi libtard view.  There is no room for diverse opinions.  You either are a feminist liberal or you go home.  Joy Behar, a supposed comedienne, is one of the panel members (I say supposed comedienne because I have never heard her say anything funny, sad, yes, but funny, no.).  She is no stranger to making these kind of statements.  Earlier this year she stated she supported Ted Kennedy, despite the fact that he left a woman who was driving his car drown in Chappaquiddick, because he “voted for women’s rights“.  This was the same rationale she used for supporting Bill Clinton.  It would mean nothing to her what Bill Clinton did to these so-called “tramps” as long as he supported women’s rights.  I think the libtard, feminist motto should be: “Sometimes you have to sleep with the enemy to get what you want”.  Fits, don’t you think?

There was a fourth person in the front row on Sunday that I did not mention, yet: Kathy Shelton.  Kathy was not sexually assaulted by Bill Clinton, but had her live destroyed by Hillary.  Shelton was 12 years old, in 1975, when she was raped.  Hillary was assigned the case because the rapist wanted a woman to defend him.  Hillary trashed young Kathy Shelton, by requesting a psychiatric evaluation because “the complainant is emotionally unstable with a tendency to seek out older men and to engage in fantasizing”.   In other words, Hillary was blaming the victim for the rape attack.  To further add insult to injury Hillary was caught on tape laughing about the whole thing.  Like Joy Behar, Hillary seems to be able to find humor in the darkest of situations.

Joy Behar’s characterization of the victims of Bill Clinton’s sexual assaults and Hillary’s shaming of a rape victim should not lead us to any confusion.  Sexual assaults and rape should not be tolerated in our society, in fact, women are being encouraged by feminists to step forward and report such assaults. To some this would make what Behar and Clinton problematic.  To me, however, both these incidents show how willing feminist libtards, such as Behar and Clinton, are to destroy other women to support liberal politicians or even husbands.