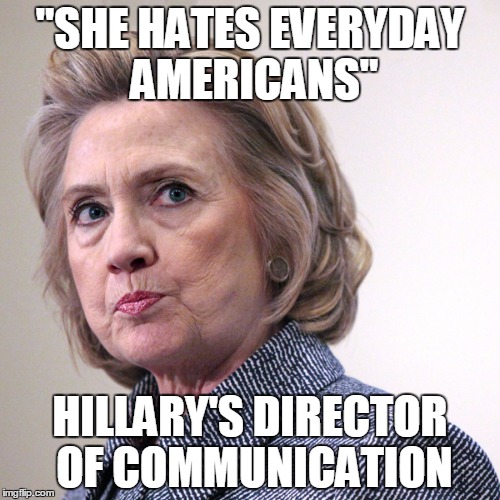 The revelations about what Hillary Clinton actually believes are so stunning and mind-blowing that they are truly hard to believe. In the latest insight into the mind the would-be first female President of the United States, Hillary’s own campaign believes she “hates everyday Americans”. The feeling is mutual Hillary.

As can be seen for yourself here, in a strategy email from Hillary’s campaign to it’s chairman John Podesta:

An image of the original email can be seen below. I’m not sure what else needs to be said about the latest journey into Hillary’s mind. It’s clear, in black and white, in her campaign’s own words. She hates you. She hates this country.