How to Handle Iran and their Nukes 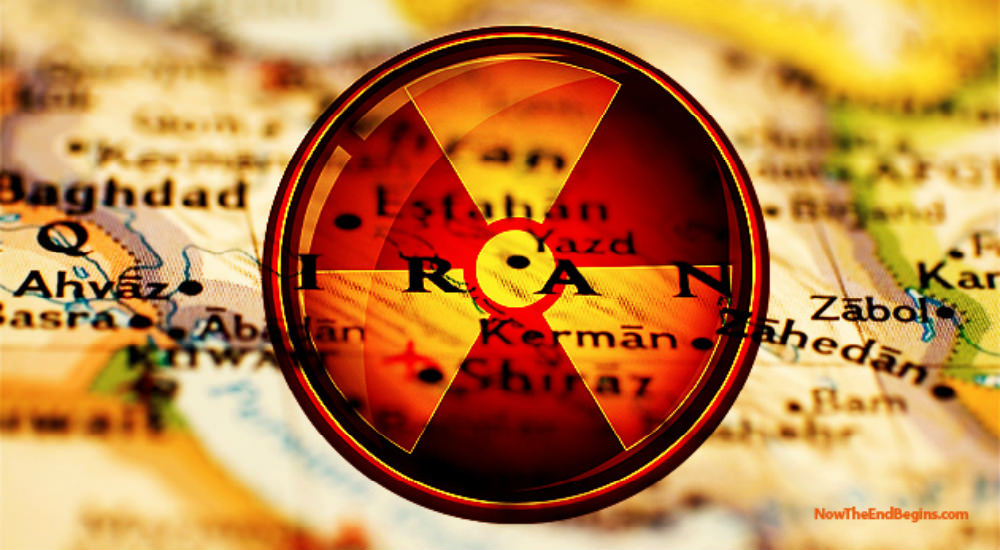 There seems to be a lot of hand wringing and trepidation surrounding the issue of Iran and its ability to acquire nuclear weapons.  To put this in perspective let’s consider a principle that is implemented by cops on the beat every day.  A criminal flashes a gun in the presence of a police officer and the police officer has several options.  The officer can order the criminal to drop the gun and hope he doesn’t fire.  The officer can take cover ( if available) and insist the criminal drop the gun.  If the criminal doesn’t comply the officer has little choice to allow an armed threat just walk off so the officer attempts to wound the criminal and then hopefully disarm him.  The options are limited and the option of allowing a threat to exist is not a viable option.  So if the criminal insists on keeping his weapon and will not drop it and points it in the direction of the officer the officer must protect himself and shoot first.  The officer knows that if he allows the criminal to shoot first the cop may be disabled and killed. This is the issue the United States, Israel and other enemies of Iran face.

The United States and Israel has the same choices and faces the same threat as the cop on the beat.  Iran says it is making progress in its ability to enrich uranium.  This progress may be leading to the acquisition of a nuclear weapon.  If a nuclear weapon is acquired by Iran the United Sates and Israel will be looking at the same scenario outlined above for the cop in the street facing an armed criminal.  The people who deny Iran is building a nuclear weapon ( because they say they aren’t) are taking a wait and see attitude.  If the cop on the street waited until the criminal had time to point his gun at him the chances of the cop being wiped out increases dramatically.  If the United Sates and Israel wait until Iran points its nuclear weapon at them they likewise risk annihilation.  The criminal may not show he has a weapon but pull it at the last minute and shoot the cop.  This risk is reduced by the cop ordering the criminal to lie down, arms extended allowing the cop to frisk him for hidden weapons.  This “frisking” would neutralize the potential situation.  “Frisking is not possible if the criminal refuses to comply.  This is the current situation in Iran.  We would like to “frisk” them but they like the reluctant criminal refuse.  Ask yourself if you were a criminal, would you more likely refuse to be frisked if you had a weapon or if you didn’t?  There is no motivation to risk bodily harm if innocent.  An unarmed criminal would willingly submit to a search if he knew nothing would be found.  Only an armed criminal would be reluctant to submit to search.  Likewise only a nuclear armed nation would be reluctant to prove its assertions that its nuclear ambitions are peaceful.  The claim that it is a sovereign country and has a right to be secretive is invalid for the same reason a criminal may claim he has a right to avoid a search when the potential for the violation of another person’s rights is at stake.  When Iran spoke of destroying the West and Israel it was in essence brandishing a gun and issuing a threat.  Like the cop on the street when faced with a threat appropriate action is required.

The United States and Israel are in the position of telling the criminal Iran that we suspect it is preparing to show us its gun and point it at us.  If it doesn’t have a gun and we are wrong all that is necessary is for them to show us where we are wrong and submit to an inspection of suspicious sites.  This doesn’t mean they could not have another location we are unaware of, but like the criminal with a secret pocket with a weapon in it reluctance to be “frisked” indicates there is something hidden somewhere.

There is a mistaken notion that because we are a nation and Iran is a nation there s some equality clause that makes it “fair” for a nation to be secure in whatever preparations for aggression it make wish to seek.  The distinction between the United Staes and Iran is one country respects individual rights and one doesn’t.  The country that respects individual rights has an obligation to defend the rights of its individual citizens from all enemies foreign and domestic.  Since the nation of Iran doesn’t respect individual rights it has no claim to sovereignty to threaten the rights of another nation’s citizens by subversive and secretive weapon creation and accumulation.  The criminal in the street absolves his rights when he threatens the rights of others.  There has been the notion that a criminal should be read his rights before he is arrested but in reality there is no reading of any rights when the criminal is pointing a gun at the cop.  The only response by the cop is to drop the criminal and remove the threat.

Our foreign policy is so sacrificial it only benefits the recipients and we are not included.  This is the reason we are faced with a threat from Iran.  We are viewed as suckers and wimps.  If we didn’t support dictators.  If we didn’t send money to countries that denounce us, such as Egypt.  If we didn’t trade with countries that violate individual rights of their citizens such as China.  If we responded to threats with promises of retaliatory force, such as Iran. If we were a nation that puts America first in both matters domestic and foreign, we could correct all the nonsense the altruists have instituted.

The reality of the situation with Iran will dictate we will either recognize the threat and neutralize it or like the cop on the street we will hope we don’t get shot is we give the criminal the benefit of the doubt. This is the stark contrast our leaders are faced with and must respond to.