Don’t Trust the Polls: Election Dynamics Not Shown in Polling 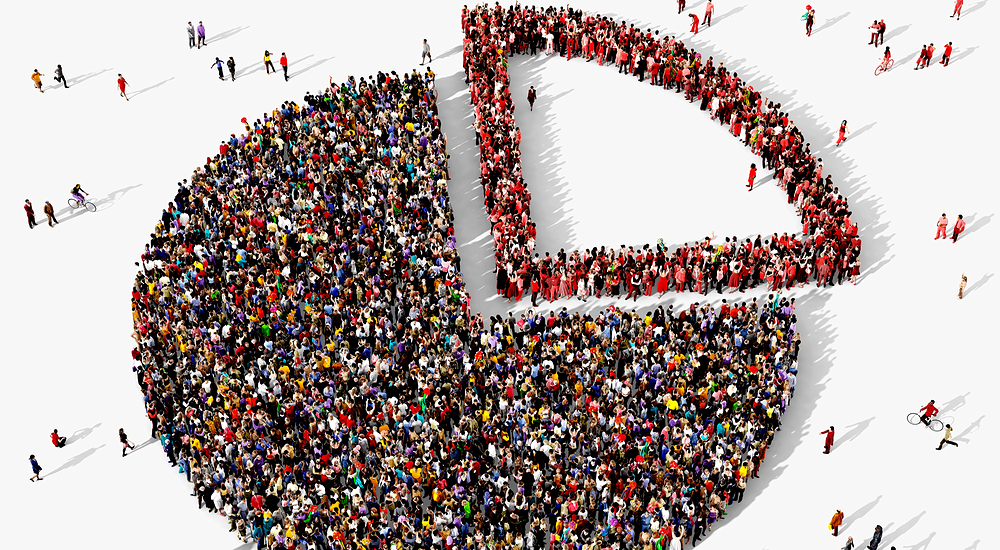 Various polls have been touting Hillary Clinton as having had a solid lead throughout the campaign season, with only an occasional serious challenge from her opponent, Donald Trump.

But there is a significant flaw in current polling that will mislead those who put any real stock in projections based on polling.

That flaw is rooted in the unique dynamics of this election that simply are not being reflected in current methods for weighting raw data collected.

We don’t get to see raw poll data before it is massaged and weighted by various factors which generally project voter turnout demographics based on the 2012 election or other historic measures.

None of these weighting schemes attempt to address the unique dynamics of this election. This is the serious weakness with current polling in a year that is anything but ordinary.

The most reliable (yet still flawed) models for polling are used by the LA Times/USC Daybreak daily tracking poll and the Rasmussen tracking poll. These tracking polls use voting dynamics from the 2012 election. Both polls use a methodology that stabilizes polling. Both polls show Trump leading Clinton by 2%.

Even these polls will underestimate Trump’s strength and overestimate Clinton’s.

We have two very atypical candidates and an unprecedented voter dynamic. The 2012 dynamic was entirely different.

Both candidates have high negatives.

Despite the overwhelming news media negative bias toward Donald Trump’s candidacy, his negatives are roughly the same as those of Hillary Clinton.

Clinton’s negatives are based on her blatant corruption, serial lying, health issues, and collusion with news media and administration assets. These flaws are being virtually ignored by this same biased media.

The dubious salacious accusations against Trump being trumpeted by an extremely biased news media are insignificant when compared with the damning WikiLeaks revelations about Clinton and her campaign.

Yet the biased news media virtually ignore any negative news about Clinton, no matter how significant.

This strategy shows signs of failure and, in fact, a strong backlash appears likely.

Because the Trump candidacy is not about Trump. It is about fixing the sorry state of our nation and it’s burdensome heavy-handed government.

Trump is leading a movement. It isn’t a “Trump movement”, it’s a movement of the People who perceive themselves as being “outsiders” or, as the consummate “insider” Hillary Clinton put it, “deplorables” who are “irredeemable”.

People are fed up with political correctness, poor public education that propagandizes rather than educates, biased media, corrupt “insider” politicians, and self-serving billionaires pushing a globalization agenda that seeks to diminish the independence of the United States and weaken our constitutional republic.

This movement is not the “Tea Party” movement. It is more than the “Silent Majority”. While it encompasses both the Tea Party and Silent Majority movements, it is a movement with far broader reach.

This movement is fed up with political corruption of all stripes, self-serving politicians and a culture of greed in Washington, DC.

It is tired of a culture increasingly inhabited by snowflakes requiring “safe spaces” from “micro-aggressions” while they bully anyone who dares threaten their sheltered little world with a glimpse of reality.

It is fed up with hemorrhaging jobs, national debt, drug use, and cultural decline.

It is fed up with those who seek to divide our nation (think, Soros-funded Black Lives Matter).

But most of all, it is fed up with being lied to and seeing its agencies of government thoroughly corrupted (IRS targeting political groups, DoJ/FBI failure to uphold the law, EPA/NASA/NCDC/NSA/NOAA with their energy-crushing faux-science of “climate change”).

Consequently, there is a deep-rooted “outsider” movement that recognizes it is “now or never” at the polls, particularly with three or four Supreme Court Justices to be replaced in the near future.

This movement is gravely concerned about a further lurch to the far Left by our Supreme Court with the likely consequence it will abandon all constitutional restraint to further the agenda of the increasingly radicalized Democratic Party whose real agenda appears to be the acquisition and holding of political power indefinitely.

These concerns are reflected in the more than 70% of Americans who believe our nation is moving in the wrong direction.

With one candidate promising real change and a “clean house” approach to deep-rooted corruption while the other argues for more of the same, the differences could not be more stark.

There is a real enthusiasm for the sweeping changes proposed by Donald Trump. There is no enthusiasm for Clinton’s “more of the same” (aka, “doubling down on stupid”).

The strongest and most obvious reflection of this enthusiasm (or lack thereof) is seen in enthusiastic heavy turnouts for Trump campaign rallies as compared with extremely light, tepid turnout for the few Clinton rallies Hillary attends.

This dynamic is entirely missing from the polls being peddled by news media.

How to factor this dynamic into the polls?

In the 2016 election, if 150 million votes are cast proportionately by registered party affiliation, this is how votes will be distributed by affiliation:

Next, start with raw polling data.

A reasonable estimate of raw polling by party affiliation can be made from activity during primary season (voter turnout, independent participation in open primaries, etc.):

This is a reasonable estimate at this point. It is unlikely that small changes in these figures would materially change the analysis below.

This is in good agreement with the latest LA Times/USC daily tracking poll (45.2% Trump, 43.2% Clinton) through October 15.

But this fails to account for the very different voter dynamics (the “movement enthusiasm”) of this election.

To bring the “enthusiasm” factor into the mix, I’ve estimated the enthusiasm for voters in each party affiliation category who plan to vote for each of the candidates:

Trump movement supporters have high enthusiasm, regardless of party affiliation.

Enthusiasm for Clinton is high among Democrats planning to vote for Clinton, though this may be too high, given the “Bernie” voters who will be holding their collective noses when contemplating a vote for Hillary. This may also overestimate Clinton’s “enthusiasm” factor among Independents and Republicans who contemplate voting for her.

Enthusiasm for the “Other” candidates is based on Independents’ penchant for voting third party and Democrats who just cannot bring themselves to vote for either major candidate but who want to vote, and Republicans who won’t vote for Trump but who are not particularly enamored with the third party choice they’ve made and still worry about a Clinton presidency.

These figures are an estimate, of course, but these estimates appear reasonable and I do not believe they favor any particular candidate, though a case might be made that they overestimate enthusiasm for Clinton.

These “enthusiasm” estimates reflect the impact on turnout for each candidate within each party affiliation category.

Multiplying the weighted raw polling by the turnout enthusiasm factor and then normalizing the result to produce 100% for each affiliation category produces a striking result:

No poll is attempting to provide a measure of these dynamics for this election (i.e., the impacts of the Trump movement and the Clinton corruption on voter turnout).

While this is not a prediction of the outcome of the election, it is a more realistic view of what polling data are telling us.

These enthusiasm factors can be adjusted, but the important point is that the dynamics of looking at voter enthusiasm is producing a result more consistent with what we saw in both party primaries. Outsiders do very well compared with the expected performance of insiders predicted by conventional polling.

The point of this exercise is to warn against taking conventional polling seriously when the dynamics of this election are anything but conventional and no poll is attempting to consider these powerful dynamics that will strongly influence turnout.

This is very much akin to the Reagan Revolution of 1980, the Gingrich House Revolution of 1994, and the GOP Primary polling in 2016. Polls did not anticipate the magnitude of any of those outcomes.